Theater and Policy Salon partners with New York University Washington Center to organize a conversation on “Who Gets to Feel Safe?” in conjunction with Mosaic Theater Company’s productions of Native Son and Les Deux Noirs: Notes on Notes on A Native Son.

Presented in tandem with Mosaic Theater Company’s productions of Native Son and Les Deux Noirs: Notes on Notes on A Native Son.

The Salon conversation will center on how we as a community have continued to fail our young people in crisis and what can be done to serve them better into the future. Still, too many contemporary persons of color feel hemmed in by limited opportunities and a hostile environment, as was dramatized in Native Son. The discussion will consider how tools of control and punishment fall short in addressing systemic failures and ensuring that those who write and enforce the laws remain accountable to the communities they serve. The panel will also explore opportunities to take a comprehensive approach – in public and behavioral health, education, jobs, and housing – in order to prevent crime; reduce violence and recidivism; and close opportunity gaps.

Ari Roth, Founding Artistic Director, Mosaic Theater Company
A producer, playwright, dramaturg, and educator, Ari founded Mosaic Theater Company in December 2014, after serving as Artistic Director of Theater J for 18 years where he produced 129 productions, including 44 world premieres, and created the annual festivals “Voices From a Changing Middle East” and “Locally Grown: Community Supported Art” alongside forums like the Peace Café (co-founded by Mimi Conway and Andy Shallal). In 2005, the New York Times praised Theater J as “the premier theater for premieres. . . and its artistic director, Ari Roth, [who] offers a rare mix of professional polish, thoughtful dramaturgy and nervy experimentation.” As a playwright, his work includes The Born Guilty Cycle, commissioned and produced by Arena Stage, directed by Zelda Fichandler, and more than 50 productions across the country; The Wolf in Peter, produced by Theater J, Jewish Theatre of the South; and fused as a diptych for Epic Theatre at Manhattan Theatre Club and CUNY; a prequel, Andy and The Shadows produced at Theater J, directed by Daniela Topol, and Reborn In Berlin, workshopped at The Orchard Project, (in progress). Other produced plays include Oh, The Innocents (directed by Joe Mantello at GeVa); Goodnight Irene; Life In Refusal; Love and Yearning in the Not for Profits; Still Waiting (companion to Waiting For Lefty), and a dozen one-acts. He is a two-time recipient of the Avery Hopwood Award from the University of Michigan where he has taught since 1988, currently for their “Michigan in Washington” program, as well as for Brandeis, NYU, and Carnegie Mellon Universities.

Ajmel Quereshi, Senior Counsel, NAACP Legal Defense Fund
Ajmel Quereshi serves as Senior Counsel at LDF. Before joining LDF, Ajmel worked as Staff Counsel at the American Civil Liberties Union’s National Prison Project, where he litigated complex class action claims involving the United States’ most inhumane correctional facilities. He served as one of the lead counsel in Dockery v. Epps, challenging conditions at the East Mississippi Correctional Facility, and assisted in the representation of the Plaintiff class in Parsons v. Ryan, a statewide class action concerning the lack of health care and conditions of confinement in Arizona’s prisons.

Ajmel previously co-directed the Civil Rights Clinic at Howard University School of Law, where he also taught courses in Torts and Federal Civil Rights. Under his direction, the Clinic filed amicus briefs in several cases before the United States Supreme Court, as well as in Fletcher v. Lamone, in which the United States District Court for the District of Maryland upheld the nation’s first statewide law to prohibit prison-based gerrymandering. Prior to joining Howard Law School, Ajmel received a Skadden Fellowship and directed the Immigrants’ Rights Project at the ACLU of Maryland. In that capacity, he argued before Maryland’s highest court and regularly testified before the Maryland legislature. He currently serves on the ACLU of Maryland’s Board of Directors. Ajmel’s editorial writings have appeared in various newspapers; he has published articles in several legal journals; and his cases have been featured by the New York Times, the Washington Post, and the Daily Show with Jon Stewart, among others. In 2010, the Maryland Daily Record named him one of the top legal professionals in Maryland under 40. Ajmel is a magna cum laude graduate of the University of Minnesota Law School. After graduating, Ajmel clerked for the Honorable Damon J. Keith of the United States Court of Appeals for the Sixth Circuit and the Honorable James G. Carr of the United States District Court for the Northern District of Ohio.

Stacey L Houston, II, Assistant Professor, Criminology, Law & Society, George Mason University
Dr. Houston’s research interests center around understanding the causes and consequences of justice system involvement. Schooling and racial health disparities are two causes and consequences that are central to his research agenda. Dr. Houston’s recent work explores the link between education, justice system involvement, and well-being. More specifically, his work investigates how disciplinary practices in early education contribute to involvement with the justice system, which, in turn, leads to health disparities across racial groups. Dr. Houston is working on a series of projects which focus on life course outcomes for youth as a function of justice system presence, or what he calls justice system toxic reach. These projects investigate the role that residential proximity to justice facilities plays in deteriorating health of youth. In other words, this line of work investigates the ways in which justice system presence is a systematic environmental health hazard. Dr. Houston utilizes a wide range of quantitative methods with large, longitudinal data-sets. He has expertise in quasi-experimental research designs and has several years of experience with program evaluation. Dr. Houston is currently leading the evaluation of a United Planning Organization reentry program funded by the Bureau of Justice Assistance He holds a PhD in Sociology from Vanderbilt University.

Prior to joining Cure Violence in January 2012, Ms. Volker spent over 25 years in the U.S. Foreign Service, including as Director of the Middle East Partnership Initiative (MEPI), a $500 million program that supports civil society organizations in the Middle East and North Africa, leading up to and during the Arab Spring. Ms. Volker has devoted her professional life to promoting pluralism, peace, and democracy, defending human rights, and preventing violence. As Director of Strategic and International Partnerships, Ms. Volker interacts with donors, policy-makers, and other NGOs on behalf of Cure Violence and represents Cure Violence at national and international events and meetings.

Who Gets To Feel Safe? A Conversation on Theater and Policy at NYU will take place at NYU, Washington, DC – 1307 L Street, NW, in Washington, DC. The event is free but to RSVP, go online. The event can also be watched via live stream at the following link. 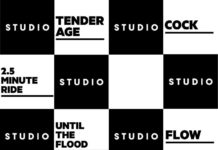