One of the most haunting love stories of all time is the ancient Greek myth of Orpheus and Eurydice, recounted in Virgil’s Georgics, Ovid’s Metamorphoses, and other literary classics. Devastated by the death of his young wife from a poisonous snakebite, the grief-stricken husband (son of Apollo and master of the lyre), descends into the realm below to retrieve her, charming Cerberus (the three-headed guard dog of the gates of hell), Hades (god of the underworld), and his wife Persephone (goddess of spring) with his beautiful music. But upon disobeying Hades’ command not to look back at her as they make their return to earth, Orpheus loses Eurydice once again, only to be reunited with her through his own death.

But that was then and this is now. The legendary tale is given a new life and a different track at the Walter Kerr Theatre in the Broadway premiere of Hadestown, an original musical by singer-songwriter Anaïs Mitchell, who wrote the music, book, and lyrics (marking only the fourth time in Broadway history, and the first time in more than a decade, that all three were created by one woman). Developed in collaboration with Director Rachel Chavkin, the radically re-envisioned story is transported to modern times, with a bluesy score inspired by New Orleans-style jazz and American folk music, and a contemporary socio-economic relevance that contrasts the beauty of nature and art with the blight of industrialism and classism.

For purists familiar with the ancient myth, the present reimagining isn’t always faithful to the source that inspired it, replacing the central theme of death and retrieval from the underworld and faith in love and the gods with a tenuous allegory that’s more of a mood piece than a precise narrative, dominated by the hit music that drives it (an album of the songs was released in 2010, following its initial live-staged version in Vermont). Here, the hungry, cold, and poverty-stricken Eurydice has taken the train to Hadestown, where she’s sold her body and soul to the tyrannical mogul Hades, and needs Orpheus (now an aspiring singer/songwriter who plays the guitar) to save her from the hell of a deadening job and her imperious boss in his walled underground domain.

In addition to its deviations from the Greek original, the updated storyline also contains elements that defy space and time. It employs a temporal mash-up of Depression-era stylings with the current hot-button issues of global warming and socio-economic disparity, an uncanny foreshadowing of the Trump-era border wall (the work was written well before his presidential campaign, but has since taken on a new political relevance), and a Eurydice who looks more like a disenfranchised youth of today (toting the requisite backpack) than a poor waif of the ‘30s.

What is most evident in the show is that it is not your traditional Broadway musical, even of the popular jukebox variety. It’s a genre-bending theatrical concert spectacle of a concept album that fans, of which there are many, will love seeing performed live. The story is almost exclusively sung through, in a format akin to a folk opera, and, in the middle, Persephone even introduces the members of the on-stage band, in the manner of a cabaret performer. The thin narrative structure and minimal character development are not so much acted as felt in the expressive delivery of the songs (with musical direction and vocal arrangements by Liam Robinson, arrangements and orchestrations by Michael Chorney and Todd Sickafoose, and music coordination by David Lai), and the overall visceral experience is heightened by a dramatic and evocative design (with vintage-style costumes by Michael Krass; transporting sound effects by Nevin Steinberg and Jessica Paz; Bradley King’s murky lighting punctuated by bursts of bright color; and an historicizing set by Rachel Hauck that recalls an old-time New Orleans speakeasy, but with platforms that rotate, raise, and lower, and walls that explode on the tragic journey to Hadestown).

Starring as the ill-fated young couple are Eva Noblezada and Reeve Carney, who deliver the show’s heartfelt ballads (her melancholic solo on “Flowers” and his falsetto vocals on the “Epic” trilogy), but lack a convincing sense of romantic chemistry between them and fail to ignite a spark in their interactions. Amber Gray portrays a heavy-drinking free-wheeling Persephone, singing and jiving in full-out NOLA style (choreography by David Neumann), while paying tribute to herself in “Our Lady of the Underground,” and Patrick Page brings his basso profundo voice to the low-down Hades, imperiously evil, conniving, and unfaithful, overseeing the construction of a wall around Hadestown to keep his indentured servants from leaving (the powerful and resonant “Why We Build the Wall”), but whose love for his wife is renewed by Orpheus’s sweet song and pleas on behalf of his beloved Eurydice.

Among the highlights of the show is André De Shields’ alluring narration as Hermes (the messenger of the gods), who directly addresses the audience, fills in the plot points in numbers that are half sung and half-spoken, laments the “sad song” of love in the stirring “Road to Hell,” and captures the jazz-inspired character, vocals, and moves with spot-on accuracy. Jewelle Blackman, Yvette Gonzalez-Nacer, and Kay Trinidad, too, turn in outstanding emotive performances and powerhouse vocals and harmonies as the Fates, including the pivotal song “When the Chips Are Down.” Rounding out the ensemble are Afra Hines, Timothy Hughes, John Krause, Kimberly Marable, and Ahmad Simmons as the Greek chorus of Workers, who contribute to the vibrant full-company performances of “Way Down Hadestown,” to the blockbuster “Why We Build the Wall,” and to the enervating tone of drudgery and anonymity in their endless circle of hard labor.

While not every aspect of Hadestown succeeds in presenting a cohesive and clearly comprehensible story, its Broadway debut offers an innovative approach to the musical genre and an often electrifying experience in cutting-edge theater. 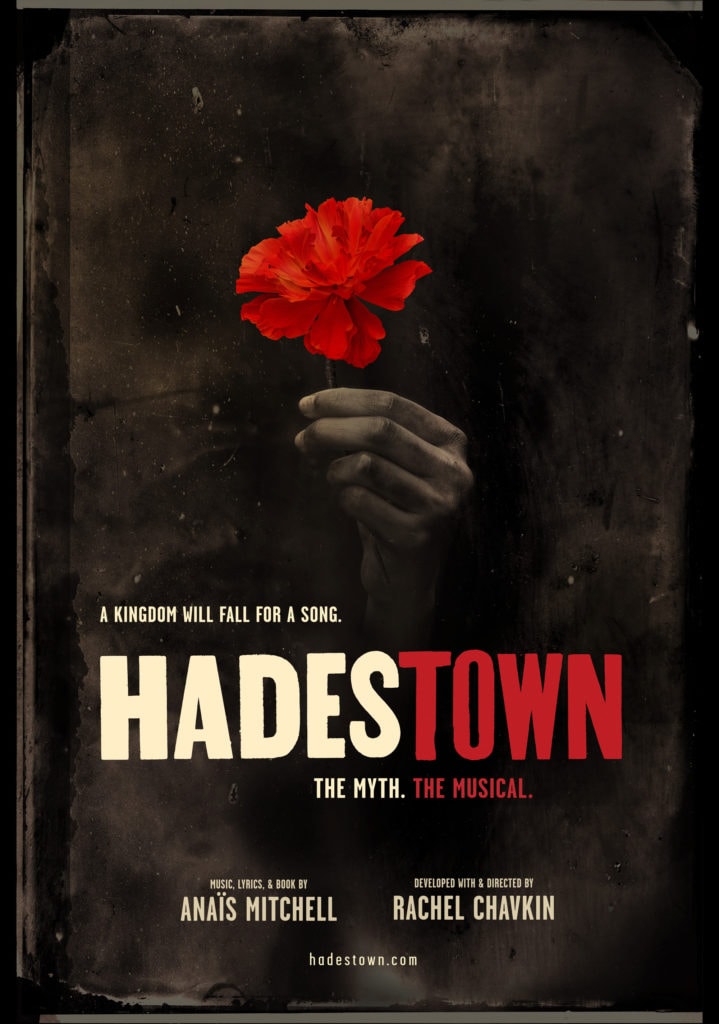