The Oresteia, freely adapted by Ellen McLaughlin from Aeschylus (c. 525 BCE-c. 456 BCE) promises to be a fitting conclusion to Michael Kahn’s last season as Artistic Director of the Shakespeare Theatre Company. Based on ancient Greek myth, it is one of the foundational texts of Western literature. It is also strikingly relevant socially and politically to our lives today.

“The Greeks had no illusions about the fragility of society and of democracy. They knew all too well that the whole undertaking was always at risk, threatened by forces both without and within, as indeed it always is. This play is a long struggle to see whether civilization can, in fact, survive humanity, whether their grand experiment can withstand our basest nature, which is always working against our attempts to do right by the world and by each other.”

Aeschylus grew up in an unsettled period when the Athenian democracy faced threats from both self-seeking politicians and Persian attackers. According to some Greek historians, he took part in the famous Battle of Marathon in 490 BCE. The trilogy takes place as Agamemnon returns victorious from the Trojan War, bringing as his mistress the captured princess, Cassandra. The generational consequences of violence break family taboos, and traumatize Agamemnon, his wife Clytemnestra, and their children Orestes and Electra.

Aeschylus is asking vital questions. How do we deal with criminality and injustice? Why are we so quick to react without thinking? Why do consequences fall on innocents, and what is the remedy for the worst excesses of human behavior? In a time where all public discourse takes on elements of revenge, and our democracy has been exposed as more fragile than we realized, these queries have become more urgent than ever. McLaughlin began work on the script three years ago, in 2016. At the time, she believed that Hillary Clinton would be our next president.

One of the most intriguing facets of this Oresteia is a radical re-imagining of the traditional role of the Greek chorus. In the original, the Chorus plays three distinctively different parts. In the first play, Agamemnon, it is the elderly men of the kingdom. In the second play, The Libation Bearers, it is the captured Trojan women. In the final play, The Eumenides, it becomes the Furies themselves; ancient female spirits who punished crime. Today, no one knows how the historical Chorus looked, sounded or moved. 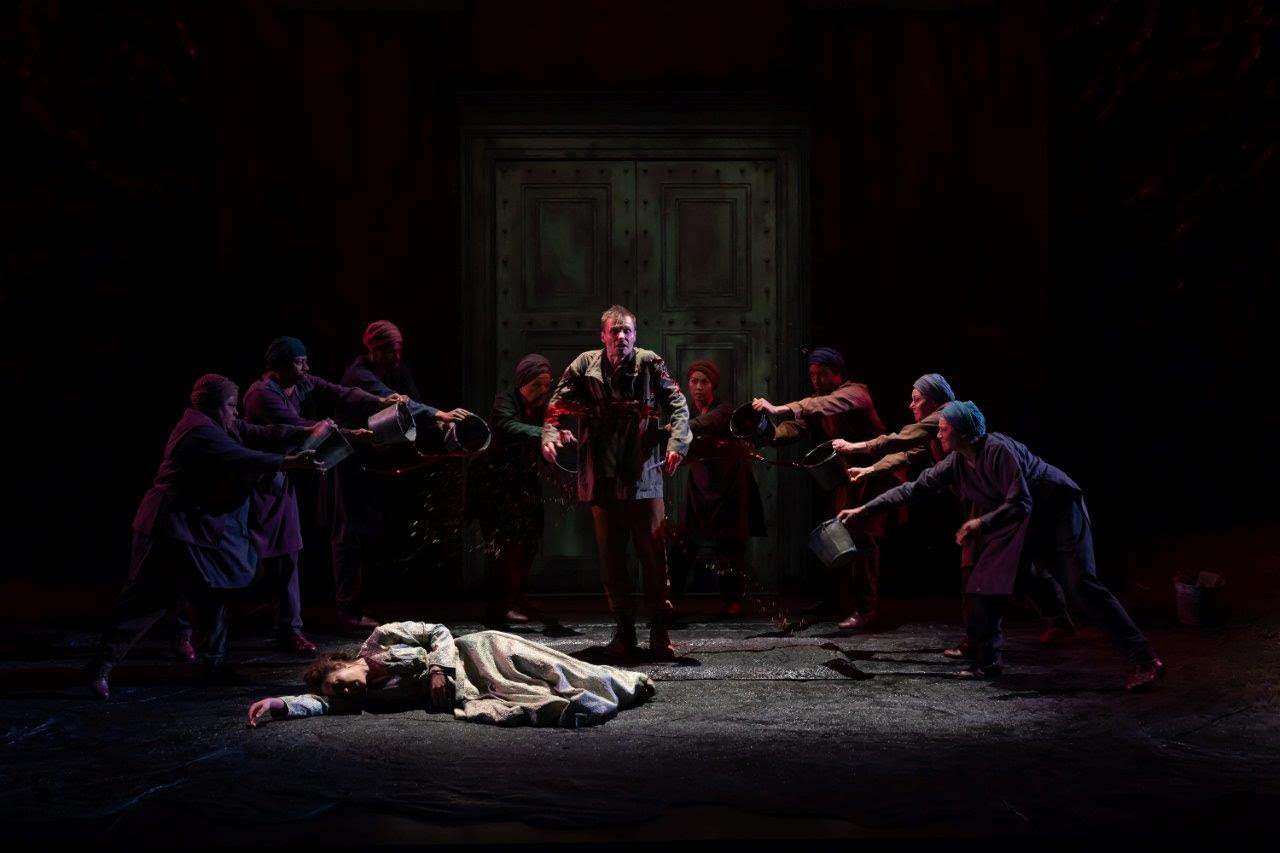 Unlike traditional Greek choruses, who wore masks and spoke in unison, these Chorus members have distinct personalities and react to events in their own individual ways. Because the three plays have been condensed into one, the Chorus’s language must be flexible and their task more complex. This Chorus will be modern and relatable. In other words, not your typical Chorus line!

We asked members of the Oresteia Chorus for their perspective on their characters. Here are some of their answers, in their own words.

Sophia Skiles had this to say about the play’s contemporary relevance:

“How we move away from the gods — supremely powerful, unknowable architects of the world and its events — and come to grapple with our own individual responsibility feels exquisitely contemporary. It certainly draws to mind a collective desire for something like the Mueller Report, or the prospect of impeachment, or even a Presidential election to take care of or fix a sense of catastrophe and chaos, as opposed to doing the infinitely messier work of understanding our individual role in the chaos as citizens. That’s also related to the impulse to distance and deny what we might consider abhorrent acts or behavior as having nothing to do with ‘us,’ in the way the Chorus may disavow Orestes and Electra and their violence. We certainly engage in that denial impulse in ascribing acts of hate and harm to anyone other than ourselves, or the groups to which we personally belong. And [being]  far from…theoretical, these impulses to create Others, to dehumanize, afflict us on personal, intimate terms with family, friends, neighbors.”

Corey Allen describes his relationship with the rest of the Chorus:

“I think I view the other chorus members and events of the play through the lens of faith. My character is the most sensitive to the spiritual dimensions of the play…the gods, ghosts, omens, and curses of the house. I feel he is probably the most conservative of the chorus and relies very heavily on the traditions and rituals of the past. He has great reverence for the divine and as the play progresses and the world careens toward the human, he must question his understanding of the world and his place in it.”

Patrena Murray said this about her character’s personality:

“She starts out as a servant who serves a king and queen and their family. She wants to do her job but I also feel she believes in the way things have always been done specifically by this family she serves and that that should be upheld. The ‘old way’ is best. By the end, she is firm, fierce and determined.”

Each of these three Chorus members has a different viewpoint on the meaning of justice in the play. Sophia Skiles notes: “I think there is a radical shift of concern at the end. I am now as interested, if not more so, in the fate of the chorus or community. It’s undefined but it at least puts a pause on violence and harm and offers hope for some sense of repair.  I think repairing the world is one way to consider creating justice.”

Patrena Murray comments: “Was justice served in the play? I think it depends on who you ask and on what day. I do believe justice is transcended by the end in the form of cleansing and mercy. I feel the world could use more of that…listening, purifying, and mercy.”

Corey Allen asks: “Who is justice for? Is vengeance…justice?”

We look forward to this groundbreaking production.

[Related: Behind the Scenes at Shakespeare Theatre Company’s Props Warehouse]