Danish writer Hans Christian Andersen (1805-75), best known as the author of nearly 3400 fairytales, including such iconic stories as The Princess and the Pea, The Little Mermaid, and The Ugly Duckling, is the subject of the latest production by the Ensemble for the Romantic Century, playing a limited engagement at The Duke on 42nd Street. Written by Eve Wolf (the company’s Founder and Executive Artistic Director) and directed by Donald T. Sanders (ERC Director of Theatrical Production), Hans Christian Andersen: Tales Real & Imagined presents a very subjective vision of the author’s life and presumed inspiration for his beloved tales, in the company’s signature pairing of artistic genres and historical research.

Using music as a parallel to the central character’s perceived moods, and theatrical performance to give physical form to the abstraction of music, the show alternates between dramatic scenes and musical interludes, while presenting an extremely dark conceptual view focused on Andersen’s poor childhood, unrequited loves, and inner turmoil, while giving short shrift to his meteoric rise to success, professional triumphs, and international renown. There are also recurrent segments of puppetry thrown into the mix (by puppet artists Craig Marin and Olga Felgemacher of Flexitoon, which created the puppetry design), at times becoming overly long and redundant, distracting more than adding to the cohesiveness of the memory play.

Jimmy Ray Bennett turns in an affecting performance in the titular role of the deceased Andersen, who returns to earth in feathered wings (evoking both an angel and a swan) to tell his story. He reflects on the chronology of his life, reenacts key moments in his biography, assumes the accents and demeanors of the figures with whom he interacted, and suffers from the haunting memories of his early years and his dysfunctional poverty-stricken family (though a climactic and torturous movement-based segment, in which he relives the death of his mother, feels confused, gimmicky, and out of step with the era).

Wolf’s anachronistic selections of classical music (featuring the works of 17th-century British composer Henry Purcell, 20th-century Englishman Benjamin Britten, and 20th-century Estonian minimalist Arvo Pärt, but none from his own time or specific Scandinavian culture) underscore the tone she sets in her interpretation of Anderson’s innermost thoughts and emotions. Potently performed by Carlos Avila and Max Barros on piano and Shiqi Zhong on percussion, and beautifully sung by countertenor Daniel Moody (on the date I attended; Moody alternates with Randall Scotting), the masterful pieces are of a quality that would work well as a stand-alone chamber concert.

Most authentic in the production is the captivating artistic design. The historicizing costumes and set by Vanessa James capture the look and feel of Andersen’s era, with top hats and tails, antique furnishings, 2-D cut-out figures, and a 19th-century-style free-standing stage with painted curtain, on which both the writer and the puppets perform their plays-within-a-play.

The Ensemble for the Romantic Century offers an impressionistic rendering of the recollected life and feelings of the popular writer in Hans Christian Andersen: Tales Real & Imagined, with skilled performances, but in a mash-up of disparate styles and disjointed elements that lacks fluidity and looks more like a patchwork quilt than a finely woven tapestry. 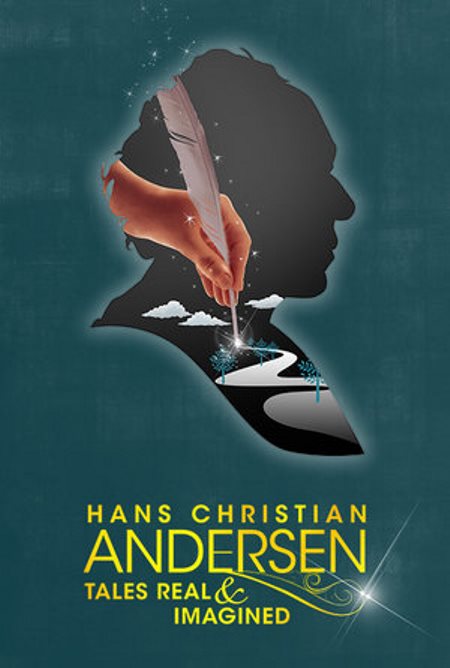