For nearly 30 years, the Contemporary American Theater Festival in nearby Shepherdstown, West Virginia has offered audiences some of the most breathtaking, insightful and pointed dramas you’re likely to see. This year, in addition to their traditional offerings of new plays that expand our horizons, CATF has produced an amazing anthology, Plays by Women from the Contemporary American Theater Festival, which should become a staple for classes on theatre and dramatic literature for years to come.

Consider stopping by Shepherdstown soon, to pick yourself up a copy. (Leave the mugs and t-shirts behind, if you must).

And of course, while you’re at it, plan to stay for more amazing dramas, penned by some of America’s most daring artists, and performed with the CATF’s polished professionalism. They’re gearing up for yet another stellar summer of storytelling, a whole slew of plays about us – about all of us.

So drop what you’re thinking of doing this July, and head to Shepherdstown, it’ll do you a world of good. 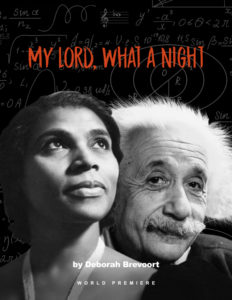 The main, Frank Center stage has hosted some truly memorable plays on historical themes, and this year is no exception. Consider Deborah Brevoort’s My Lord, What a Night—inspired by the true story of Albert Einstein and Marion Anderson’s friendship. Set in Princeton, New Jersey, where Anderson is denied a room at the famous Nassau Inn after a concert, we will follow her to Einstein’s two-story cottage nearby. Einstein, no slouch as a classical musician (he performed on violin himself) offers Anderson his own home, and in the process gets a glimpse of discrimination as deep as what he himself fled from, in Nazi Germany. (Classical music fans, take note: Brevoort writes opera librettos in addition to her work for the theatrical stage.)

For edgy, comic relief, this year the Frank Center will also host Support Group for Men by Ellen Fairey, in which a bunch of middle-aged guys party together and contemplate the ways in which the world has changed around them—and believe it or not, men do get together like this, (bonfires, beers, etc.) even if they’re skittish about the “support group” moniker, and Fairey’s play is loosely based on just such a group. (For another piece dealing with male identity, read on, folks…) 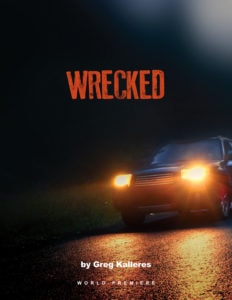 All three of the CATF venues are within a few minutes’ walking distance from each other so that you can walk out of a matinee in one building and be in line for your next show in a jiffy. I mention this because in addition to the Frank Center there is the Marinoff Theater, where performances are in the round. This stage will feature Greg Kalleres’ Wrecked, which follows the fortunes of a couple in the wake of a hit-and-run incident, the nature of which is in dispute. Kalleres is perhaps most famous for Honky, a tellingly hilarious look at the question of race and white guilt, but he also has a talent for ad campaigns (do we have any ESPN Sports Center fans out there?). Rounding out this Summer at the Marinoff, is CATF regular Michael Weller’s A Welcome Guest: A Psychotic Fairy Tale. Weller, whose considerable credits include screenwriting for Miloš Forman’s Hair and Ragtime, can always be counted on to give us a somewhat cock-eyed but heart-warming view of humanity—this time, with the twist of a household guest who, it turns out, actually owns your house and plans to stay with you for the duration… 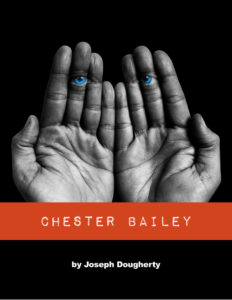 Studio 112 is CATF’s experimental, black-box space, and has seen some truly amazing theatrical pyrotechnics. This year it will host Joseph Dougherty’s Chester Bailey; a screenwriter and novelist, Dougherty uses this play to explore the ethical issues of the doctor-patient relationship, when the title character—an assault victim—refuses to live in his physically-compromised present. What would we do, if forced to choose between the world of our imagination and the world (and a body) as it is? In repertory with Dougherty’s play will be a collaboration between actor/playwright Dael Orlandersmith and Antonio Edwards Suarez, a one-man show Antonio’s Song: I was Dreaming of a Son. Suarez has a host of acting credits from Broadway to the silver (and/or flat) screen; Orlandersmith has built her career on monodramas and solo performances, and will be helping Suarez create a piece which deals with the many challenges posed by questions of identity, race, fatherhood, complicated immeasurably by aspirations for a life in the arts.

As usual, the CATF promises to push a few buttons, raise a few deep questions, and engage us in ways we might not have thought possible. And this is vital stuff; as our democracy continues to stumble, and as we continue to be distracted by crude rhetoric—when everyone seems to be ready to be offended and stop their ears—it becomes essential for us to find some way to open up and listen to each other.

Especially now, when so much is at stake. And the theatre remains one of the most vital civic institutions, where we can commune together, learn about each other, and listen intently to what we have to say. Oh, and we can also have a good laugh or two along the way. It’s still legal.