Free For All, one of the capital’s cherished annual traditions, will return for its 29th annual summer to Shakespeare Theatre Company (STC), offering two weeks of free performances of the Company’s 2018 acclaimed production of Shakespeare’s Hamlet starring MICHAEL URIE (Ugly Betty) as a “quick-witted and sly” Hamlet (BroadwayWorld) in an “extraordinary performance” (TheaterMania). The production will run at Sidney Harman Hall (610 F St NW) from July 10-July 21, providing more than 12,000 people the chance to see the play free of charge. 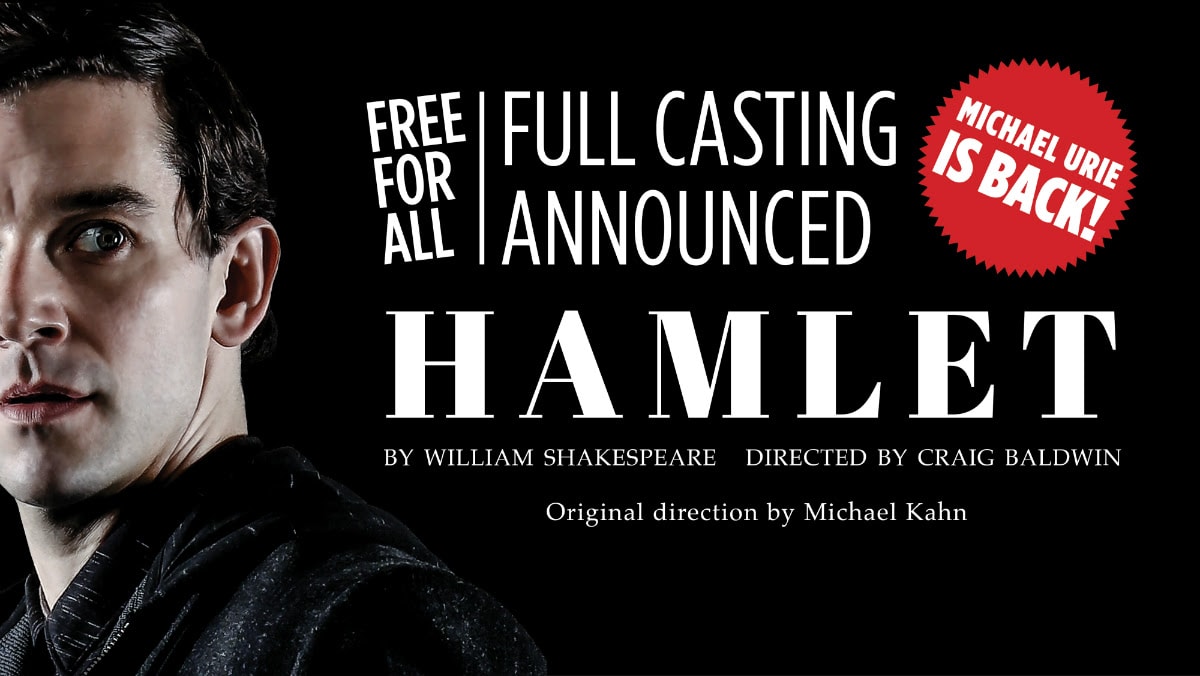 “After playing Hamlet in Michael Kahn’s thrilling new production at Shakespeare Theater Company last year I felt, as I’m sure many Hamlets before me have felt, that I merely scratched the surface,” Urie explains about resuming the role as the doomed Danish prince.

Shakespeare’s classic revenge tragedy is both kinetic and contemporary. Set in a surveillance state Denmark, the characters tap cellphones and spy on each other with cameras, in their most intimate and vulnerable moments of grief, agony and despair. The political machinations of this connected and corrupt Elsinore underscore the domestic tragedy at the heart of the play. Even with the ghost of his father haunting television monitors calling for his son to avenge his death, Hamlet cannot trust his closest friends to uncover the truth about his father’s murder. TheaterMania calls this Hamlet “EXTRAORDINARY…This is a play for NOW.”

STC Artistic Associate CRAIG BALDWIN will direct Shakespeare’s great tragedy, remounting the lauded Michael Kahn-directed production. “Michael Kahn has been a mentor to me ever since I trained under him at Juilliard many years ago,” Baldwin explains. “It is a real honor to bring this bracingly astute and vibrantly modern production back as a gift to the people of D.C. I also could not be more thrilled to work with Michael Urie again, who brings a razor-sharp wit to Hamlet, like a man who might fight off his demons with the power of wordplay alone. It’s an exhilarating interpretation of the role in an exhilarating production.”

Coming fresh off of a celebrated Broadway run of Harvey Fierstein’s Torch Song, Urie has recently received the Human Rights Campaign Visibility Award for his positive and complex portrayals of LGBTQ+ characters in works such as Torch Song and Ugly Betty. Urie is excited to return to D.C. “Now I’m a little older, more rested, and supremely grateful for the chance to carry the skull, sport the jester costume and ‘speak the speech’ once more for STC’s fabulous FreeForAll audiences.”