Much of my career has been spent as a health sciences writer. This training helps keep in check my music critic’s right brained instinct to find metaphors in a story. It’s a good restraint to have, since drawing compelling plot lines that aren’t actually supported by facts can lead to trouble. This time, however, I am sure I am in balance.

I’m speaking about the Baltimore Symphony Orchestra’s final run of performances for the 2018-2019 season – the orchestra playing the score along to a showing of the film West Side Story this evening through Saturday. It promises to unfold as a tale within a tale about short-sighted loyalty on either side of a nasty feud, which is to say that sadly, as with the Jets and the Sharks, I fear the BSO musicians and management are trapped in a zero-sum game.

The heart of the conflict is access to limited resources. The fight is framed by the question of whether Marylanders feel a need to sponsor a regional orchestra – particularly one that keeps reminding us they are world class first, regional second; and whether more money would mean the orchestra can perform at a level that elevates them to world class and that this would be of more use to the region than if they were not “world class.”

Here are the facts:

Over the last decade, the BSO has run up a 16 million dollar deficit. Earlier this year, Democratic-sponsored state legislation was passed to give the orchestra an emergency cash infusion of 3.2 million dollars to ensure payroll was met this summer for the musicians. The legislation was structured so that the state’s Republican Governor, Larry Hogan, has ultimate control over whether the funds are actually dispersed, and whoops, he’s saying “Not so fast, we got a statewide financial crisis coming on”, so the money is still roped off.

After months of not getting the desired concessions from orchestra members during contract negotiations, Hogan’s pull-back prompted a freak out among BSO management who, citing their fiduciary responsibilities, canceled the summer season without warning the players that they were about to be locked out. Now the musicians’ health insurance and salaries are in jeopardy.

Here’re are some other facts:

Until now, the BSO has managed to remain a full-time American orchestra, a dying breed. Salaries for BSO musicians, who have been without a contract since January, average around $80,000 annually, a little more than half of what their colleagues in Chicago, San Francisco, and Los Angeles earn.

There is no agreement on the cause of the orchestra’s financial pain. Requisite nonprofit tax filing information for the past season is still unreported by BSO management, although BSO President and CEO Peter Kjome has said publicly that selling more tickets would help.

Musicians who become good enough to play full-time in an orchestra are highly specialized and get that way at great expense. Think of it like medical school where graduates come out with specific skill sets they presumably employ better than the majority of others with the same skillset. Their expectation is that as they use those skills in their profession, they will continue to excel throughout their careers. It’s that ratio of time-spent-working-professionally set against money-and-time-spent-preparing for said career that makes the precarious financial situation of American orchestras a pretty crappy crap shoot for players who are doomed if the orchestras can’t hire them at a salary that provides both a living wage and enough to repay their student loans and other relevant expenses.

While Hogan is clutching the emergency purse, the state is working with the BSO to avoid catastrophe. Underway are talks where the state would give the orchestra a one million dollar bridge loan. The governor’s office also notes that the orchestra has been the recipient of more funding than any other arts organization in the state: 8.7 million dollars since 2016.

While it sure would help clarify the BSO management’s actual financial position to post their most recent data, such as typically found in the IRS 990, their claims that the BSO’s woes are not unique are correct, and cannot be ignored.

The League of American Orchestras recently issued a report essentially saying full-time orchestras that rely primarily on ticket sales is a thing of the past, and that generous benefactors need to play a bigger role to keep the status quo.

From state lawmakers’ point of view, those facts must be bracing. Voters will want to know why millions of more dollars are being given to an organization with odds of success not so great unless private money matches or exceeds public funds, something no one can guarantee. 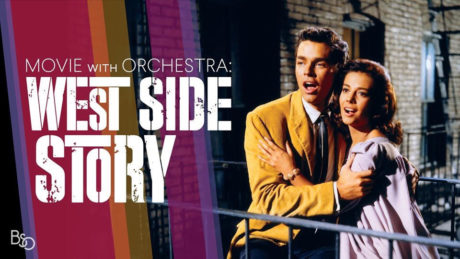 And, while I have heard the arguments BSO musicians make (and that is often made whenever an orchestra fights with management), that donors are less likely to give when administrators are seen as abusive to the artists, or that attracting donor money is more difficult when dispirited players have already left for work elsewhere, there is an opportunity in this that the BSO players so far seem to be missing.

Throughout this showdown, the BSO players have claimed they are not being treated as a world-class orchestra but are being relegated to that of a part-time, regional one. This is partly because there are real (scary) financial consequences of being made part-time, and because there is a sense of pride that comes from having worked hard to obtain and keep a fulltime chair with the orchestra. Yet, it is still a subjective claim and it misses the larger point, which the facts I have outlined make clear: the world’s opinion is irrelevant.

What matters here is the old trope that if there is no money, there is no mission. The trick for the BSO players is to turn that around so that enough people right here at home want there to be enough money for the mission.

The obvious question then becomes: What should the BSO’s mission be? On the BSO’s website, it is stated as, performing “the highest quality symphonic music of all eras that nurtures the human spirit. The BSO is committed to engaging, inspiring, educating, and serving its audiences in a fiscally responsible manner and to enhancing the State of Maryland as a cultural center of vitality and importance.”

That’s very nice. Achievable, even. It doesn’t say anything about being world class, just about being dedicated to the state of Maryland. And fiscally responsible.

Are they fulfilling their mission? We don’t fully know because we don’t have all the information, but clearly, there is something wrong.

However, here is a persuasive statement by BSO musicians that indicates they understand and think fulfilling that mission is within reach:

“It is a hallmark of truly great cities to have institutions that enrich the cultural landscape and keep the arts alive and flourishing for generations to come … a vital orchestra is just as essential to a thriving metropolitan area as museums, aquariums, theaters and stadiums.”

One way to interpret that is the musicians want to make the City of Baltimore better. This is eminently possible, but only if they celebrate their association with the region instead of denouncing it as somehow beneath them, which is what I think it sounds like every time I hear them say they should not be a regional arts organization. I have more than once wondered if there is shame that Baltimore is actually not a world-class city and that if possible, these musicians would rather be elsewhere. Conjecture on my part, but worth noting.

On the other hand, if BSO musicians make us love and adopt them, make us demand their protection because they have that unique Baltimore sound, or whatever they decide makes them of Maryland, good things are more likely to happen. But if it’s hard to make the argument that Marylanders are getting an impressive return on their investment, or that the organization is making limited resources go further and touching as many lives of the people living in Baltimore, the surrounding region, and the state as is possible, then I predict the BSO will continue to struggle.

Put another way, whether they are full or part-time, being “regional” should be an aspiration, given the circumstances.

Ironically, the orchestra already has made in-roads along these lines. The BSO’ Orchkids program is a shining example of how showing the surrounding community that you are theirs and they are yours can improve lives, and more important to the immediate future, forge bonds of protection.

In the simplest terms, the BSO’s struggle is a fight over limited resources, including information. It would be helpful if BSO management would open themselves up to scrutiny and be more forthcoming about what exactly has gone off the rails. My curiosity was especially piqued by this comment from Kjome in an interview with the Baltimore Sun:

“In hindsight, we feel we could have shared more information over the years about the financial problems we’ve had,” Kjome said. “We wanted to present a summer season, as we typically do, but a summer season has not proven to be financially viable.”

I read this as an admission of unilateral action by management, which when combined with the sudden musician lock-out, weakens their credibility considerably.

But back to the potential symbolism of West Side Story vis-à-vis the orchestra’s dilemma. What Bernstein and Sondheim did with the show is take Shakespeare’s tragedy, Romeo and Juliet, and place it on Manhattan’s West Side in the 1950s, depicting how different ethnicities band together on the principle that there is strength in numbers. For the gangs the Jets and the Sharks, this led to turf wars, inflamed by fears that maybe America wasn’t so great after all, that there weren’t enough jobs, prestige, and security to go around.

If hope and love, or in this case, music as found in a “cultural center of vitality”, is to survive this financial crisis, then both sides of the BSO will need to stop acting like Jets and Sharks and reach out for one another’s hand. There has to be an understanding that they are collectively mission-bound, and obligated to create maximum beauty and inspiration from finite resources.

I am not suggesting that the governor keep hold of the funds already earmarked for the BSO. What I am suggesting is that “Somewhere” is already here. It’s called Maryland, but it’s not the Maryland of old before money got tight and orchestras nationwide saw subscription sales evaporate, making “regional” a selling point rather than a put-down.

Meanwhile, because this is still not resolved, I believe audiences in attendance of this week’s final BSO 2018-2019 performances will see a data-driven example of art imitating life where something dies in a fight between two sides intent on proving the other wrong rather then re-frame their thinking.

The Baltimore Symphony Orchestra’s Movie with Orchestra: West Side Story runs June 13, 14, and 16 in Baltimore at the Meyerhoff Symphony Hall, and Saturday, June 15, in North Bethesda at the Strathmore Music Center. For tickets visit the BSO website.