I remember being so bored by my high school American history class that I got a D in it. This was not normal. My report cards always had A’s and B’s. So the kindly elderly woman who taught the course, and who doubled as a guidance counselor, interpreted my near-flunk as a signal I might have something psychopathological going on. At her behest, I was administered a battery of tests—the Minnesota Multiphasic Personality Inventory, the Rorschach inkblot test, and I can’t recall what else. Strangely—as I now look back—it occurred neither to her nor to me that there might actually have been something psychopathological about that American history class.

If only Mike Daisey had taught the course, I would have been spared.

This was my eureka realization after my immersion in the master monologist’s A People’s History—an epic 30-hour theatrical experience that is coming to DC for the Capital Fringe Festival. Daisey performs A People’s History in 18 successive chapters, each about an hour and a half long. Perhaps because I had interviewed Daisey about a couple of his shows at Woolly Mammoth—The Story of the Gun and The Trump Card—I was offered access to audio recordings of last year’s sold-out Seattle Rep run of A People’s History if I would agree to write about it.

I’m a huge fan of Daisey’s work, but still…30 hours? That sounded like a slog. What I did not expect was that as soon as I started listening, I got hooked—like addicted—so much so that my anticipation for each subsequent chapter kept spiking, and by the time the series was over I began relistening from the beginning. All told, I racked up more than 50 hours with Mike Daisey’s voice bogarting the brainspace between my earpods.

And I’m here to tell you: A People’s History is so good and so damn important, I plan to attend and report on each and every live performance in the Kogod Cradle at Arena July 5 to 21.

A People’s History is larded with Daisey’s characteristically garrulous humor—he tells self-deprecating tales from his life, he riffs on life’s ironies, he ribs the audience, he lobs a fusillade of f-bombs, he lofts stirring flights of lyricism. In the recordings, roughly half of each chapter got laughs; the other half met with silence—which I infer was maybe people squirming in discomfort or sitting stock still in mortification—because what Daisey lays out is the dark heart of the history of our country that’s never talked about in schoolbooks and that’s erased in nationalist myth.

Here is just one tidbit: We’ve all been told that George Washington had wooden teeth, right? Well, that’s not true. His dentures were made from teeth pulled out of the mouths of living slaves whom he owned. The documentation is irrefutable; it’s in his own letters to his dentist. White historians just never mentioned it—because this truth was not on message for the father of our country who never told a lie.

Daisey’s method is inspired. He compares and contrasts two dramatically different versions of American history: on one hand, the “default propaganda,” and on the other, what really came down. For the whitewash, his source is his 1983 high school American history textbook, An American Pageant. For the actuality, he cites mostly from Howard Zinn’s classic A People’s History of the United States. The upshot is a scathing takedown of American exceptionalism, imperialism, and triumphalism and a cold-eyed account of the nation’s ignominious origin in genocide and slavery.

Daisey minces no words. He calls America’s history of genocide and slavery “one of the most bloody, psychotically awful, vicious histories in the history of the world.” America, he says, is “the only nation of its scale and size that is founded on such monumental crimes.”

That’s probably a Fourth of July buzzkill. And for sure there’s anger in Daisey’s method. But what he’s up to as a political artist here is uniquely worthy of serious attention. For what Daisey has done is invent an original form of theater that literally alters consciousness. It changes fundamentally how we understand. Because it makes the past make sense in a way that makes the present make sense.

A war declared on a false pretext? A tax cut to make the rich richer? Teargassing babies at the border? You name it. Pick any recent governmental outrage. Daisey’s A People’s History will put it in factual, actionable context: America’s been there and been doing that ever since Christopher Columbus made first contact with the people who lived here—people whom he promptly enslaved and whom white Americans subsequently exterminated.

Turns out Daisey didn’t much like American history in high school either.

It seems like things just fucking happen. It’s a bizarre narrative that doesn’t make any sense.

That was the reason I started pouring myself into this project. Because everything that is happening to my country started to feel like it was changing and shifting.

He describes his 18-part project as

trying to grind away at American triumphalism, which is written into us so deeply you don’t notice it. But when you grind away you reach a point where the raw wood of then matches the wood of 2018.

Suddenly the history of our country becomes a useful narrative because it makes sense with the fucked-up world we’re in now. When you draw through the lines of genocide and hate and how groups get alienated and left out and the way power constructs itself, that is how the world starts to make sense and suddenly history seems immediate and personal.

If ever our troubling times called for a particular work of live theater, this moment and this magnum opus is surely it. 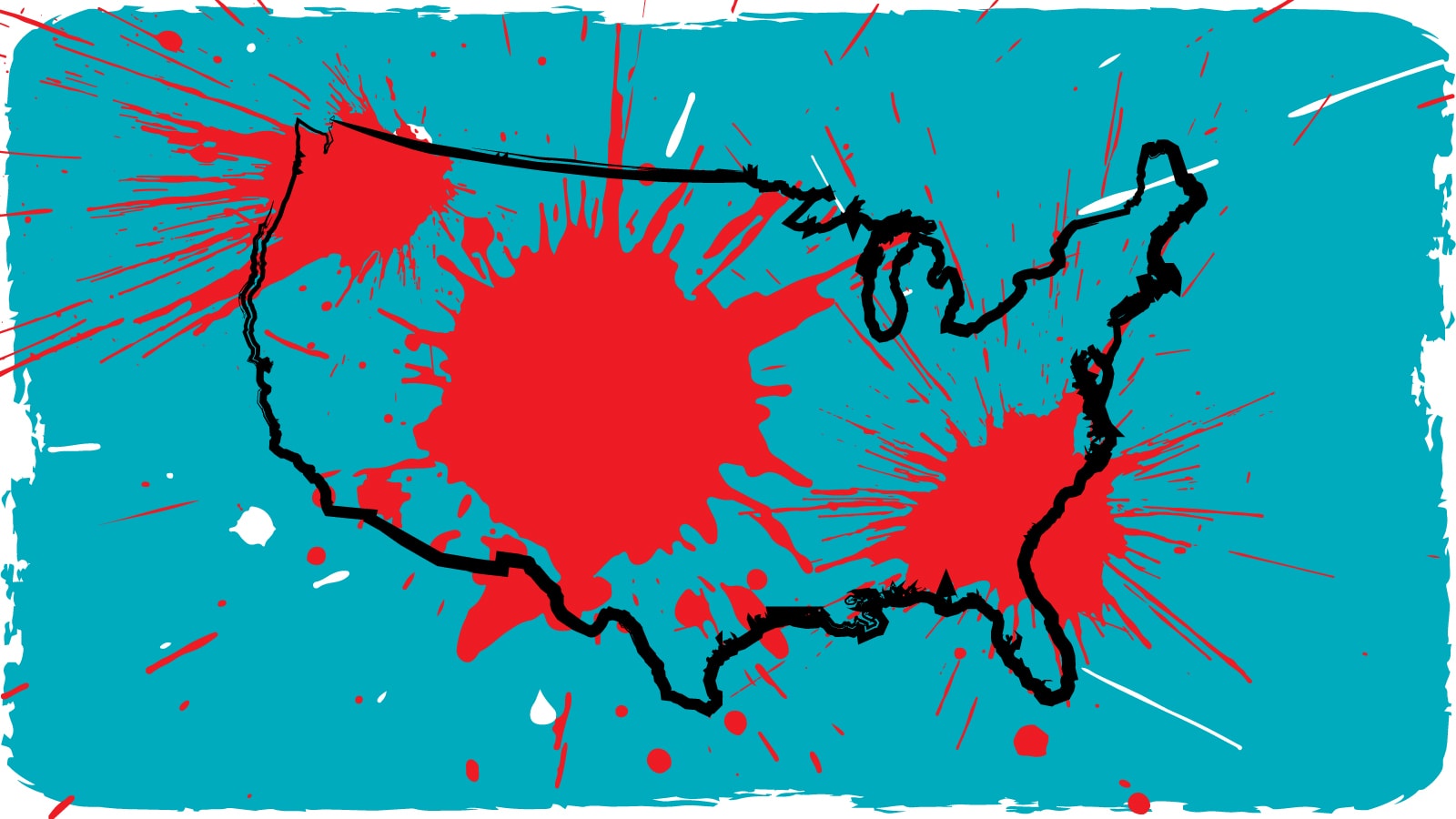 Running Time: Each chapter is about 90 minutes without intermission.

A People’s History will be performed in 18 different chapters from July 5 to 21, 2019 (see schedule below), in The Kogod Cradle at Arena Stage at the Mead Center for American Theatre – 1101 6th Street, SW, in Washington. Tickets are available online and at the door. Your first ticket is $35. After that, tickets to subsequent performances in the series are $20 each.

Each performance of A People’s History is a sequential chapter of United States history, starting with the landing of Columbus in 1492 and concluding today in 2019.