Now celebrating its tenth anniversary in an open-ended engagement at New World Stages, Rock of Ages has far surpassed its Pop fifteen minutes of fame. With a high-energy high-decibel score covering some of the biggest hits of the ‘80s, and a story that delivers both the laughs and the love, the new Off-Broadway production of the retro jukebox musical features actor/singer P.J. Griffith as the iconic bad-boy rock star Stacee Jaxx, whose inflated ego and self-indulgent lifestyle wreak havoc on the budding romance of a small-town girl and a city boy on LA’s Sunset Strip.

In addition to his stage work, including Broadway’s American Idiot, Off-Broadway’s Giant and Sleep No More, the New York Musical Festival’s Georama, and the national touring productions of Mamma Mia! and We Will Rock You, Griffith is famed for his screen appearances in such popular films as The Dark Knight Rises (2012), in TV shows Jessica Jones, Blue Bloods, Gotham, The Good Wife, and Without A Trace, and for fronting the heavy-metal bands Blue Movie and Blood on the Stereo.

While rocking preview performances of Rock of Ages before its official opening night on July 2, P.J. agreed to hit me with his best shots in a rapid-fire interview about the show and his character.

P.J.:  Going to the grocery store in black nail polish! You have to keep it on because it takes too long to remove it every day and put it on again. Plus I love the energy of the people screaming the minute we step on stage. It is an adjective-transcending high.

I was! I spent some time in LA, so I got to know the clubs and the rock scene there; I especially was a fan of Guns N’ Roses, Styx, and Mötley Crüe.

“Time on My Hands” by Styx. It’s not one of the most famous songs in the show, but I do it as a live video feed in my underpants, surrounded by gorgeous scantily-clad women, screaming and dancing nearly naked, while snorting coke for 32 bars, so it’s pretty crazy – so much fun!

I was a little kid in the ‘80s and a hardcore student of ‘90s rock, so it’s a funny set-up for bands like Nirvana and Rage Against The Machine to take from and then knock down. The ‘80s rock is so unapologetically silly and in your face, with huge vocals and guitar riffs, and all about just having a good time.

I hate to admit it, but I’m probably most like Stacee. My brother seems to think so. He came to see the show last week and asked me, “When are you going to start acting, man?”

Unapologetic recklessness, mindless self-indulgence, and a penchant for hedonism.

Yes, Deb, yes! Actually a hybrid of three: Vince Neil from Mötley Crüe; David Lee Roth post-Van Halen; and early Motor City Madman Ted Nugent – he was insane on stage and spoke/sang with such conviction about such ridiculous things.

I love the hilarious blend of glam and sleaze. Leather chaps, a spandex red zebra-print tank top, paint-on white pants – so much detail and such a mess!

Oh, absolutely! You can party all night, paint on a little eye make-up the next morning, and nobody knows the difference.

The villain, which I tend to play a lot in rock musicals. They’re always super-passionate about strange stuff and get the best songs.

Rest in peace Lit Lounge on 2nd Avenue in the East Village, whose basement I played with my old band on several occasions! It was a dark punky spot that closed about four years ago. The neighborhood has really changed since then.

This is a double bourbon on the rocks show. You love to feel it burn going down.

You know what I like? High-end bodega salad bars, like the one at the Amish Market right by the theater.

Uh, yes, there is. I’d love to play Andrew Jackson in Bloody Bloody Andrew Jackson. It’s a great show that’s been so under-rated, and it was before Hamilton.

In the power of curiosity – in love, friendship, art. It can fuel all things great!

Thanks, P.J., for sharing your thoughts and setting the wild mood for the show. May your fifteen minutes of fame continue to rock on! 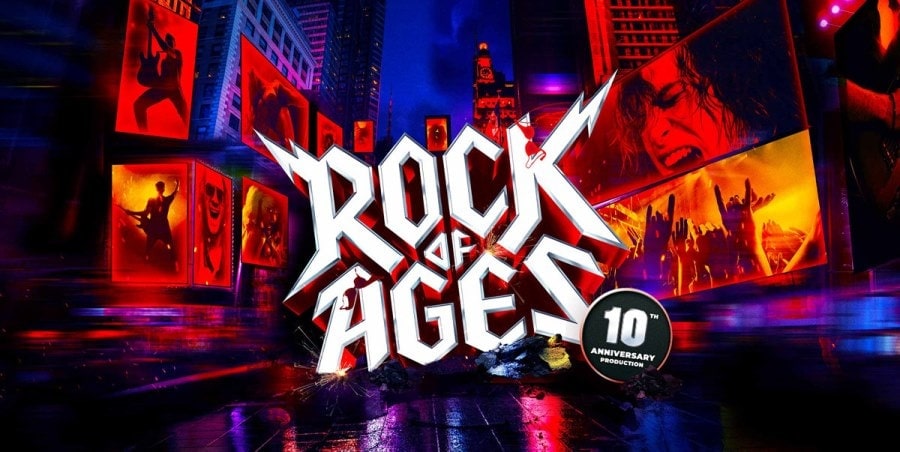