Also announced was an inaugural three-show season for the new resident symphony, ‘Soulful Summers’ – beginning a new era for both the acclaimed orchestra and the iconic music venue. Soulful Symphony will first take the stage at MPP on June 29th with #soulfulsetlist, then continue with Slang on July 28th, and conclude with Under an Open Heaven on September 14th.

“Howard County, Columbia, and Merriweather Post Pavilion will always be a place of inclusion where culture and commerce come together and thrive,” noted Ball. “I am proud of our commitment to economic development and the arts. Soulful Symphony is a perfect example of that synergy.”

“With Soulful Symphony, we’re opening the venue to new audiences and music,” Kennedy explained. “The Commission is guided by the timeless core values of Columbia’s founding — inclusion, opportunity, and optimism. These values – and our ambitious vision for
Merriweather – led us right to Soulful.”

Director Darin Atwater revealed: “Soulful Symphony is reimagining what’s possible in a modern orchestra. The distinctive style of our work celebrates America’s multifaceted population, with a special emphasis on the African American experience. We are Disruptive. Global. Local. Colorful. Mobile. Social. American. We are Soulful. A national symphony for the Next America.”

“Our mission is to celebrate American music and expand audiences, and this season definitely has something for everyone,” Atwater pointed out. “We want to create a comprehensive hub of culture, where patrons can enjoy a variety of programming that bridges the gap – existing between high art and popular culture, and welcoming inclusivity. When patrons leave a Soulful performance, we hope they will have a new perspective about the possibilities of greatness in their own life.” 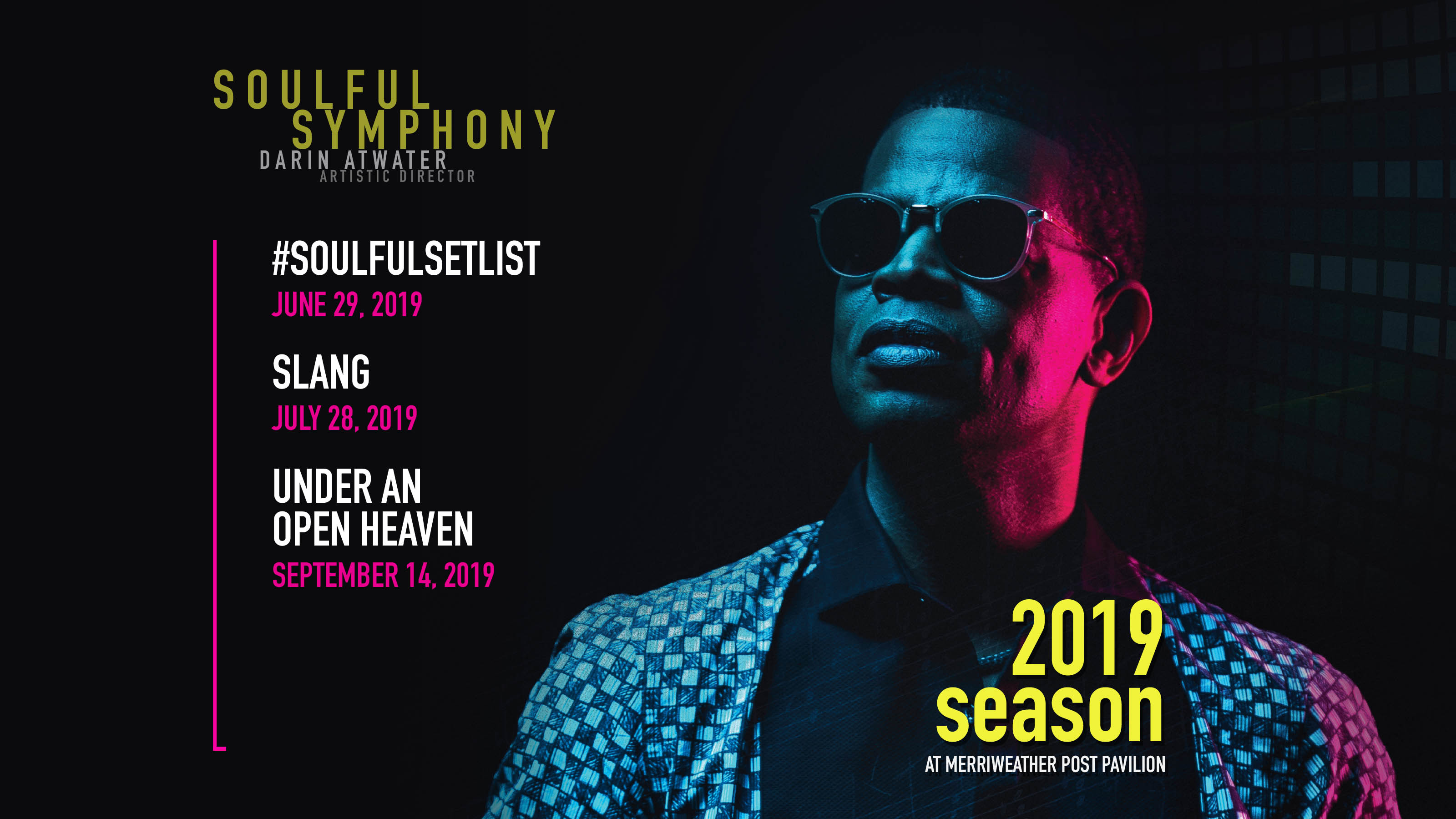 #soulfulsetlist – with some songs chosen by the audience – premieres Saturday, June 29th at 7:30 PM at Merriweather Post Pavilion, 10475 Little Patuxent Parkway, Columbia, MD. You can find more information about the show and the rest of the season at the Soulful Symphony website.

Soulful Symphony redefines the symphony experience, while contributing to the canon of American Roots music. Founded in 2000, Soulful Symphony is an innovative 75-member orchestra with vocals, blending American pop, soul, hip-hop, jazz, classical, gospel, and country music into dazzling fusions. Their musicians have been seen sharing the stage with world-famous personalities such as Beyoncé, Jay-Z, Justin Timberlake, Michael Bublé, Janet Jackson, and The Rolling Stones. After exploring a joint venture with the Baltimore Symphony, Soulful Symphony entered into a historic partnership with Broadway Across America before featuring at The Hippodrome Theatre. They then made a triumphant return to the Joseph Meyerhoff Symphony Hall to celebrate their 15th anniversary.

Darin Atwater made his orchestral debut as both composer and pianist in 1995 with the National Symphony Orchestra, premiering his Piano Concerto and Proclamations (with the National Cathedral Choral Arts Society). In 1997, he appeared with Kathleen Battle and the NSO for the re-opening of the Kennedy Center Concert Hall, as well as featuring in a show with Jennifer Holiday and the NSO for the PBS national broadcast of “A Capitol Fourth”. He followed with major orchestra engagements, performances at The White House, and a European tour. As a Guest Conductor, he has appeared with the Baltimore Symphony, the Dallas Symphony, Memphis Brass, and the Columbus Symphony. Mr. Atwater appears regularly with the Jazz at Lincoln Center Orchestra with Wynton Marsalis. He has presented annually for the Steinway Series at the Smithsonian, most recently performing a solo piano recital for the grand opening of the National Museum of African American History and Culture. He returned to The Kennedy Center in 2017 to lead the NSO in an Evening with Ledisi, and recently made his conducting debut with the Kennedy Center Opera Orchestra for the Centennial Celebration of Ballet Across America.