In addition to being a multi-platinum-selling recording artist and a Grammy and Emmy Award-nominated entertainer with an active international concert schedule of more than 200 shows a year, Michael Feinstein is also an educator, archivist, and advocate for the music he loves. Among his notable credits are his work as the eponymous creative partner in New York’s famed nightclub Feinstein’s/54 Below; founder of The Great American Songbook Foundation, an organization housed in The Center for the Performing Arts in Carmel, Indiana, and dedicated to preserving the legacy of our musical classics; and at-large member of the National Recording Preservation Board of the Library of Congress in Washington, DC, created to ensure the availability and survival of America’s heritage of sound recording.

Feinstein found a spot on his calendar to discuss his contributions to the history of American music, his foundation’s upcoming events, and his own annual summer concert appearances.

What’s your first creative memory – the earliest one that made you think about a future career in music?

MF: I started playing the piano at five, literally with both hands, and I was always listening to music, so I guess I would say that’s my first creative memory.

At what point did you develop such a profound appreciation for the American standards?

That’s always been with me from a single-digit age, it’s what I was listening to. Even if I didn’t know at the time what it was, those songs made a deep impression on me, so I wanted to continue to explore that field of hundreds of thousands, maybe millions, of the songs that go back to my earliest days.

How did you come to create The Great American Songbook Foundation?

That started about a decade ago, when I was looking at piles of my sheet music, recordings, and other artifacts, and thinking about how I could share them, to keep the music alive. So I came up with an organization that was, first, a physical place to preserve the artifacts, and second, a place to educate younger generations on the art form. It was a dovetailing of those two initiatives.

Are there any special events coming up, which audiences can look forward to over the summer?

In regards to The Great American Songbook Foundation, one of the summer programs is The Songbook Academy, a week-long intensive for young singers from around the country, with events that culminate in a performance at The Palladium on July 20. It’s extraordinary to see how much it’s grown over the years, for audiences to experience these young people. We select a Songbook Youth Ambassador and present other honors, but it’s not a competition; all participants receive recognition and recommendations. It’s a life-changing experience for the students, who stay bonded with each other and learn about making and maintaining connections with other musicians and artists.

Can you tell us what to expect in your upcoming annual concert series at Feinstein’s/54 Below, back in NYC in August?

The show is going to be a celebration of New York, nightclubs, and entertainers who have created the art that changed our culture. So many have been inspired by songs that are New York-centric, about urban life, hopes and dreams, and a melting-pot existence of people coming together, so it will be a dynamic upbeat night and a lot of fun. I’ll have special guests joining me for every performance: Marilyn Maye, who has been described as “a force of nature,” is certainly a good name to go with; Jackie Evancho, a nineteen-year-old star who’ll bring a fresh and unique perspective to the classic songs; and Melissa Manchester, who just performed at my club Feinstein’s at Vitello’s in LA. We’ve known each other for over 30 years, but have rarely had the chance to perform together, so I’m very excited about having her sing with me in the show.

Do you have one personal favorite that you most enjoy performing?

It really depends on how I feel at the moment. So much of performing is affected by the audience – it’s a collaboration, and the performance is always affected by the vibe. It might be “Where Do You Start” or “Love Is Here To Stay,” maybe Carole King or Jimmy Webb. When I’m performing I’m so in the moment, it feels like nothing else matters.

What do you love most about the cabaret venue and the programming at Feinstein’s/54 Below?

That room is as good as it gets. We have first-class lighting, sound, and all the technical needs; it was purpose-built as a nightclub, so it’s perfectly designed for that. The space is warm and inviting, and it’s very conducive to music – it’s one of the best I’ve ever been associated with.

Thanks to Michael Feinstein for sharing his love of music with our readers and for all of his efforts on behalf of preserving the American classics. 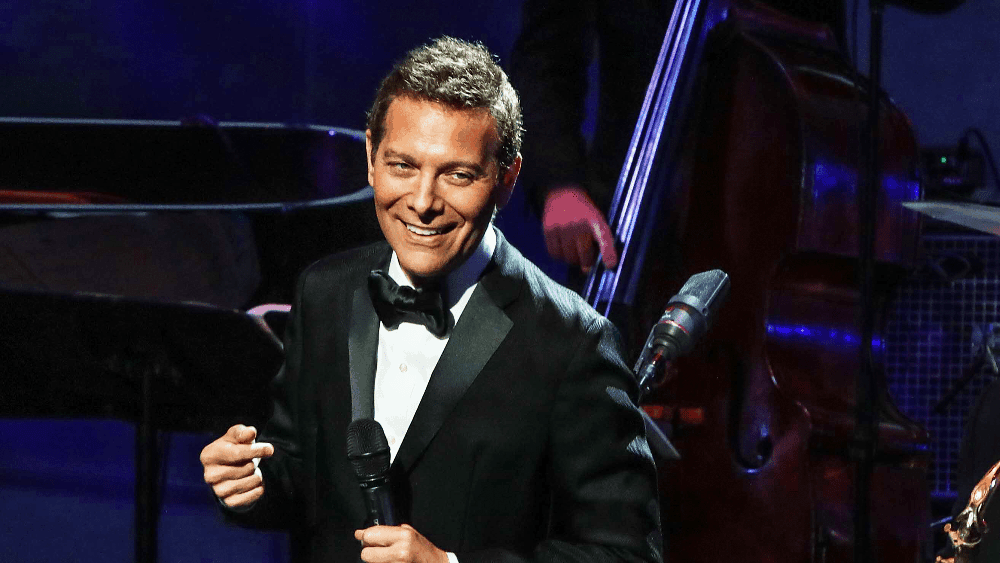