Aficionados of modern dance and movement theatre take note: if you are hungry for something unique, abstract and poetic, get thee to the Plum space at Arena Stage for A Short History of Unfortunate Animals. Created and interpreted by New Mexico artist Lorien House (with tech/stage management by Katie Farmin), the characters and dances evoke a wide range of styles. Eclectic but fascinating, House (also known by her pen name, Glena Trachta) takes you on a brief tour of the ‘unfortunate’ – those already extinct and those who see the threat coming. 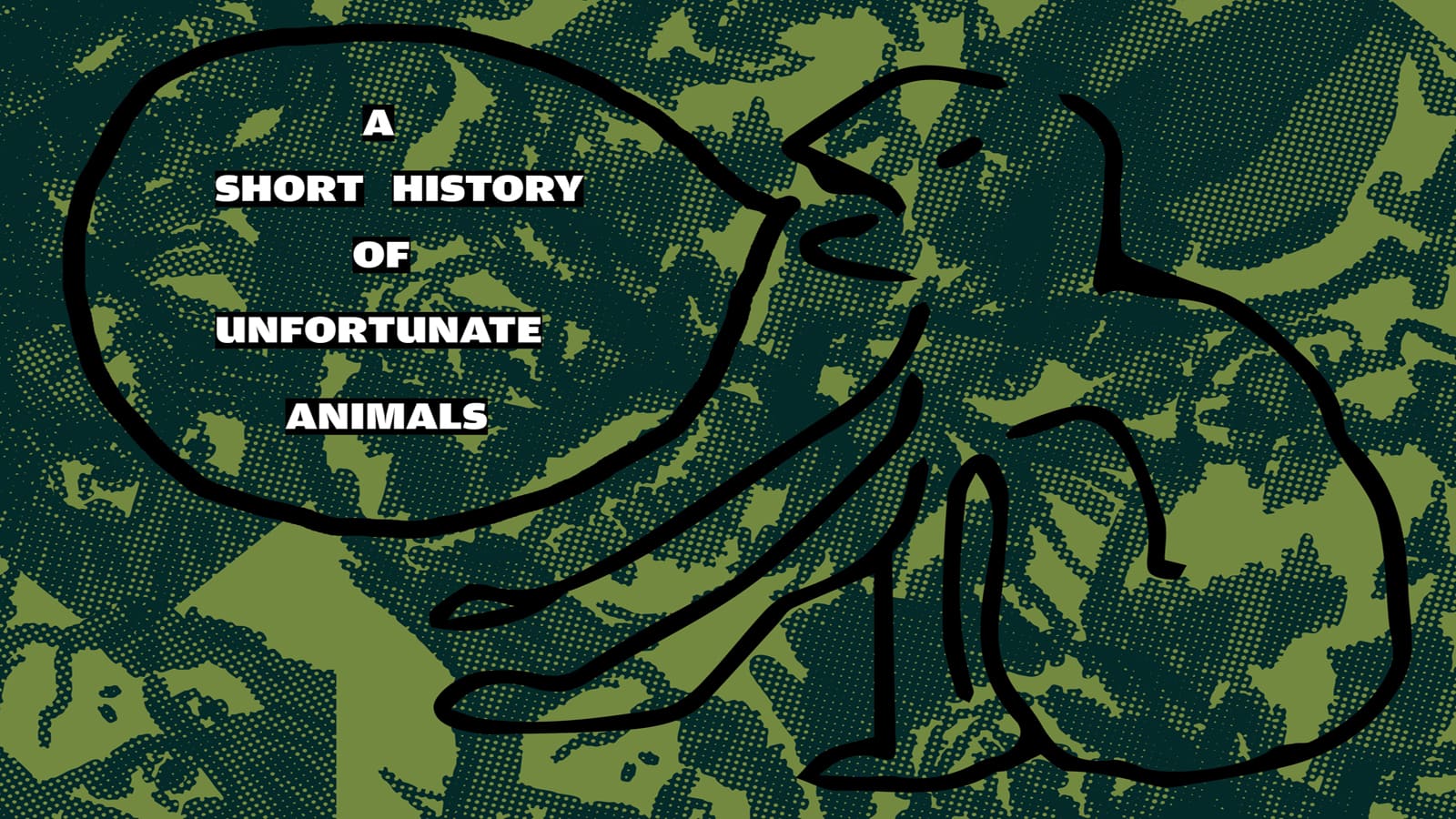 House begins by assuming the persona of a Guide, in Bob Fosse threads, and playfully turns her body into pure fluidity as a fierce wind announces the show’s opening. Through poetry and movement, she then evokes the passing of a species that was “hard to love, harder still to make money off of.” Whether confronting the bias against older artists (her Endangered persona, decked in professional boxer’s shorts) or embodying fierce independence (The Feral), she proceeds with brief, poetic monologues punctuated by dances drawing from music as diverse as the Balkans and the Clash. The angularity of House’s movements evokes at once the sensuality of Fosse as well as the German Expressionists.

The threats are everywhere, of course—there is an evocation of our immigration camps here—but there are also signs of extinctions past, in the figure of an orchid whose blossom bears witness to a species long gone, whose existence can only be gleaned from those tender petals.

The highlight of the show comes with House’s evocation of Federico Garcia Lorca, and his protest against the brutality of the city, “New York (Oficina y Denuncia)” (New York: Office and Denunciation). Muttering scattered numbers (evoking the “multiplication” of Lorca’s poem) she paces nervously in strict geometrical patterns, like the millions of cattle that, as Lorca says, are led to the slaughter in order to feed that great city. You will want to look up the poem – English translations are available online too (House uses the Spanish in performance).

A Short History of Unfortunate Animals is an evocation of what is lost, and what we are now in danger of losing—both among our own species but also among the living things of the world at large.

Running Time: 45 minutes (although information on the website lists 60), without intermission.