Anyone who has been a server in a restaurant will likely sympathize with the plight of the well-intentioned and yet deterioratingly cheerful waitress, Lauren, in Intimate Dinner by Lauren French (directed by Prentiss Standridge). With a large assortment of peculiar customers and quirky celebrity chefs to balance, poor Lauren is left practically by herself to contend with the events that ensue. 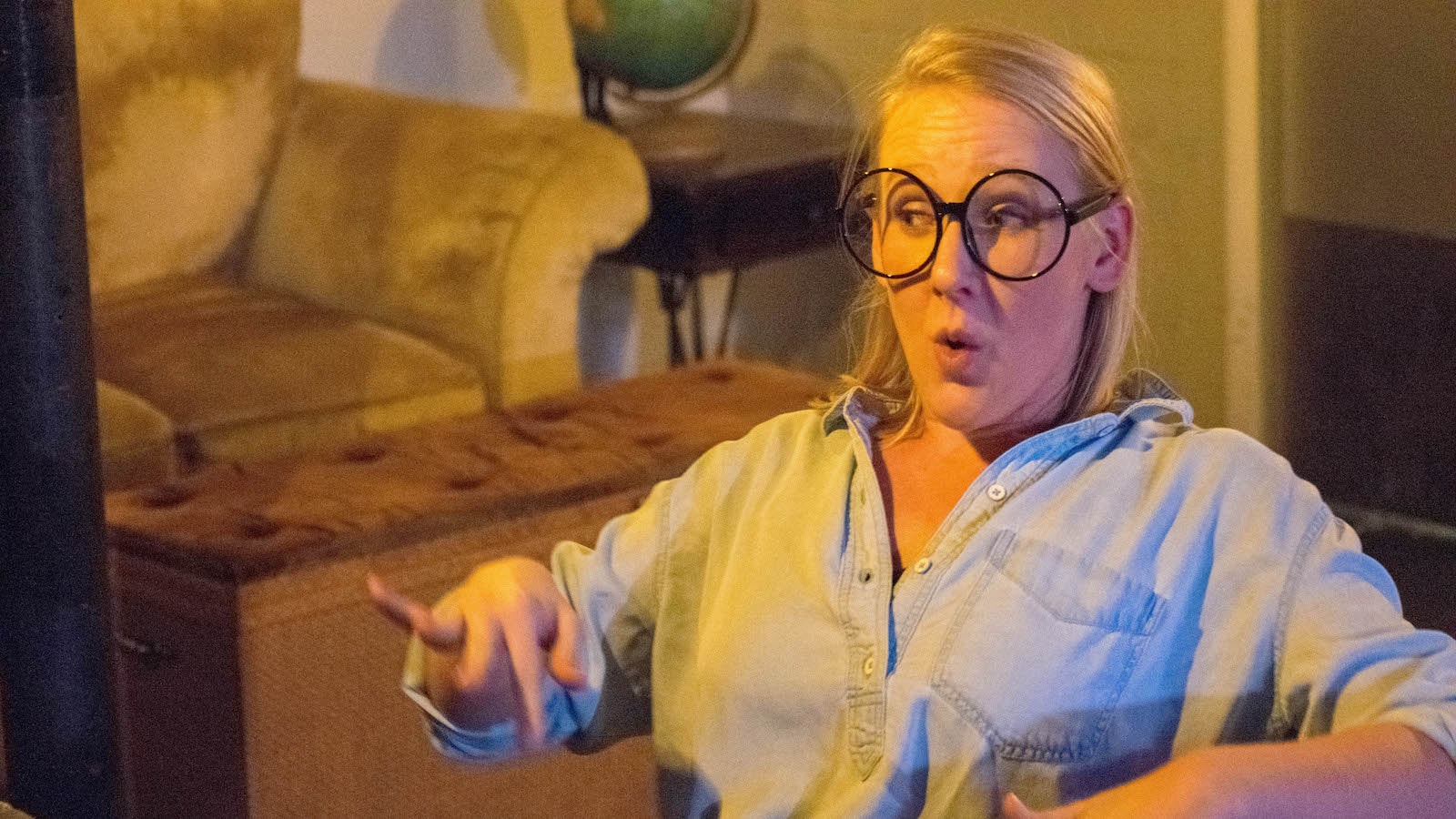 A mixture of Food Network cameos and colorful restaurant patrons, this one-act comedy tries to take on a lot. As the lone server, actress, chef, and hostess, Lauren herself tried her best to manage the many personalities seated around the room, but unfortunately the personalities were too much for her to handle as a server, and too many for me as an audience member to keep track of. Cutting or combining a few of the more similar characters would be helpful to allow the audience to more easily recognize the various patrons, instead of relying on exposition between the two waitress characters.

I also found it a lost opportunity that the patrons never interacted with the cooking demonstrations happening in the restaurant nor the celebrity chefs with the patrons. In its current structure, the two elements of the one act (i.e., cooking demonstrations and finicky guests) lead to an unfortunate series of events for Lauren, but they don’t connect for the audience in a larger message and end up seeming disjointed.

Intimate Dinner had a few too many characters to be truly intimate, but what it lacked in stillness, it certainly made up for in earnest effort. Undoubtedly based at least partly in French’s own experience in the service industry, one thing is crystal clear: none of us are tipping enough to make up for everything that servers have to go through (or, more accurately, put up with) in one exhausting shift.