What fun! The Adequate Players make a splash again at Fringe this summer with writer/director/actor John Geoffrion’s one-act parody of Thorton Wilder’s 1938 ode to the small town. With as transparent a fourth wall as one would want from the distinguished Stage Manager and some truly stellar on-stage chemistry, Geoffrion doesn’t bore us once in all 60 hilarious minutes of Our Town Plus Zombies. 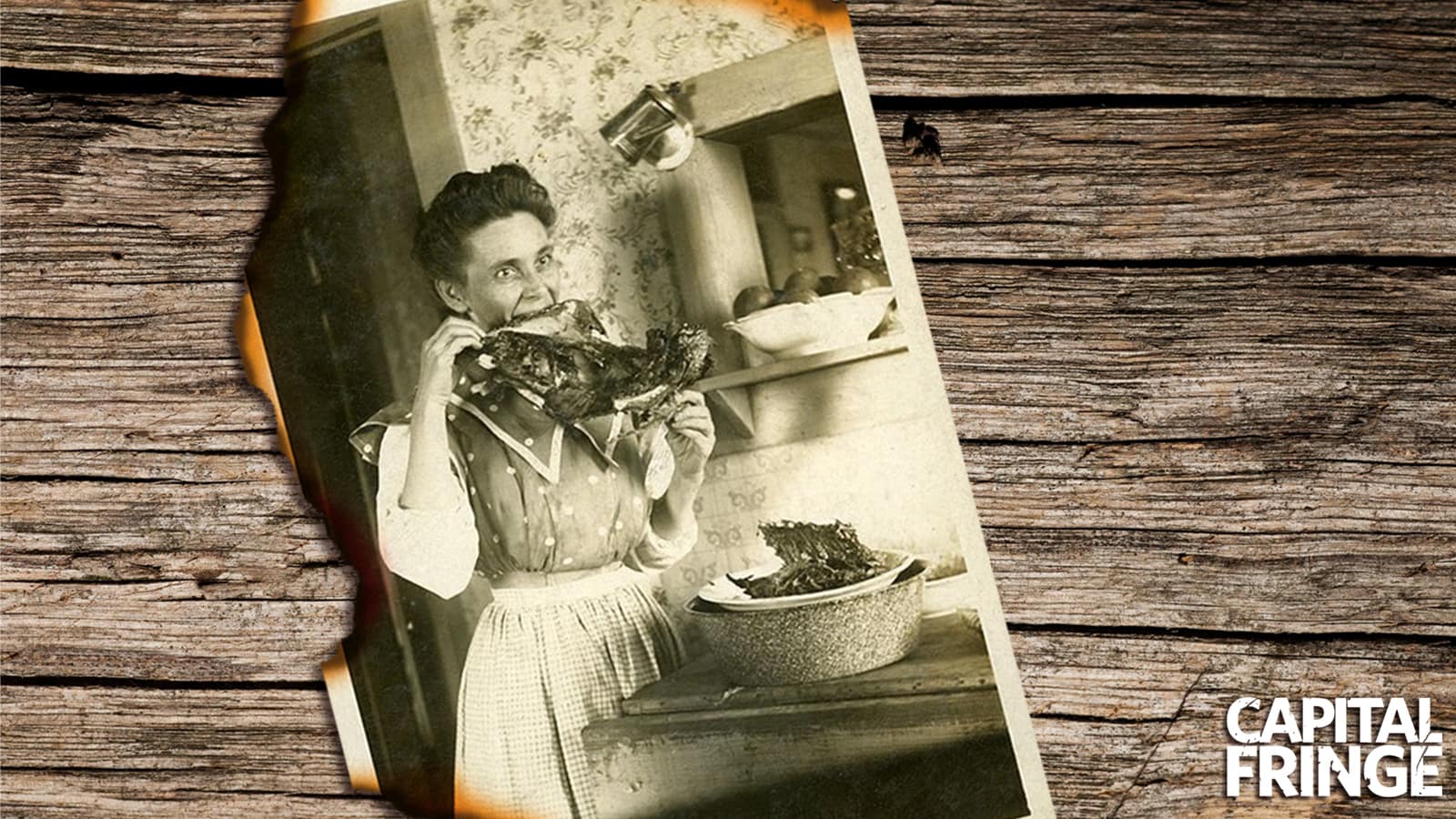 Geoffrion, our man of many hats, is the omniscient role of Stage Manager. What is already metatheatrical about the role of Stage Manager in Our Town is hilariously dialed up; the audience is pulled into the play and back out of the play and occasionally left in an in-between space wherein the play is being addressed but we’re still not squarely in the real world. There is lovely irony in the fact that Geoffrion is the writer and director (having stepped in as director when Blythe Hart had a medical emergency), but it takes a toll on his acting. In his excitement, he stumbles over his words in a way that is just noticeable, but not too distracting.

The utter joy in his performance is paralleled in its entirety by every actor to grace the room at Riverside Church. Lydia Kraniotis is unendingly skilled as Mrs. Gibbs and Professor Willard, and from her first undead gargling noise to her fully committed mad scientist insanity, we are laughing every moment she is on stage. With Steve Rosenthal’s beautifully senile character of Mr. Gibbs, Karyn-Siobhán Robinson’s vocal hilarity in her three supporting roles, and Don Myers’ speaking Polish in his first scene, there is no dull moment. Matthew Butcher and Tobin Moss are an other-worldly pair as Sam Craig and George Gibbs, and the simple addition of a compact umbrella only enhances the ridiculous partnership. Johnna Leary’s Emily takes a back seat compared to Wilder’s original, by nature of the script, but her limp and her baby zombie voice still entertain.

Props and set are as minimal as in Our Town, but lighting, managed by Kristie Taiwo-Makanjuola, goes above and beyond to give the whole affair a near graphic-novel coloring and accentuation. Bright reds and yellows are timed just right to make us laugh at whatever ridiculous crisis plagues Grover’s Corners next. Technical and cosmetic elements are delightfully simple and smooth.

Whether or not you’ve seen Wilder’s intended third act – or the first two, for that matter – this alternative will have you laughing much too hard over the alive, the undead, love, marriage, capitalism, New Hampshire, saints, and poets. Our Town Plus Zombies can’t be missed this season.