Written, directed, and acted by playwright Tara Lake,  I Know It Was the Blood: The Totally True Adventures of a Newfangled Black Woman, is a one-woman trip down the poetic and artful memory lane of Lake’s childhood life in Hillside, New Jersey, her teen years, the 80s crack epidemic, her parent’s divorce, and her emerging queer identity. 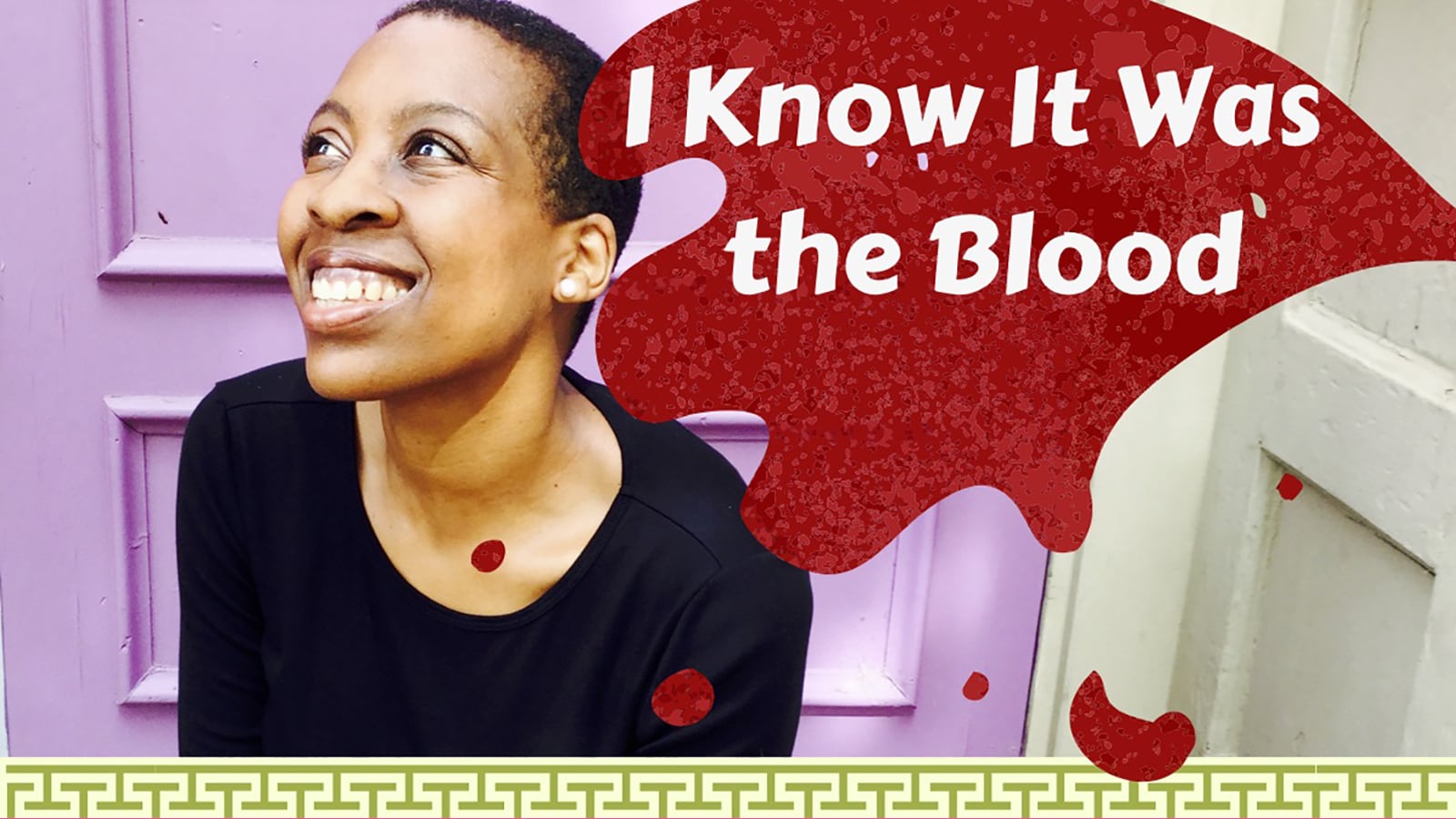 Dressed in a black shirt and pants, her hair cut short, Lake divided her one-woman show into four chapters including a benediction—ostensibly read from a gold-embroidered prop book with the title “New Fangled Testament.” While Lake, “a proud African descended woman,” had a strong presence and commanding voice as a performer, there often seemed to be a lack of conflicts and climaxes to many of her stories, which included riffs on visits to her elderly grandmother in South Carolina; her childhood disappointment in not being chosen to sing in church; working at a donut shop in a seedy part of town; her time spent in Los Angeles in her 20s (what did she do there!?); and sneaking off as a teenager to Newark, New Jersey in search of clandestine lust. I would have loved to have heard more coherence to her narrative. However, Lake’s vocals brought a bit of clarity to the sometimes disjointed narrative with songs that leaned toward Gospel: “I Know It Was The Blood,” “Great is Thy Faithfulness,” “Sometimes I Feel Like a Motherless Child,” and “His Eye is on the Sparrow.”

Lake was impressive when she did impressions of the real-life characters, mostly family, in her past. I liked how she turned her microphone upside down to simulate a phone. Her costumes and wigs were in a large bag she left onstage.

At heart, Lake is an educator. She spent five years as a member of the Africana Studies Department at Eastern Washington University, and taught at Los Angeles Valley College, Atlanta Metropolitan State College, and the Letters & Sciences Honors Collegium at the University of California, Los Angeles (UCLA). I would have liked to have learned more insights about the highlights of Lake’s life from this show.

I Know It Was the Blood is a sometimes funny, sometimes touching look at a woman with many stories to tell. The show has good moments that can be enjoyed by the dedicated theater goer.

I Know It Was the Blood: The Totally True Adventures of a Newfangled Black Woman, by Tara Lake, plays through July 23, 2019, at Saint Augustine’s Episcopal Church, 555 Water Street SW, Washington, DC. For tickets, call 866-811-4111 or go online.