Conjuring up images of day and night, one imagines the sun cascading into a pink and purple horizon while the moon excitedly and stoically takes its place in the sky. The picture, in short, is one of perfect balance and harmony. Playwright and director Cody Sanders’ Six Months of Winter explores a relationship where two opposite spirits fall into a chaotic imbalance and the numbing effects that cold isolation, even when right next to someone, has on the spirit. 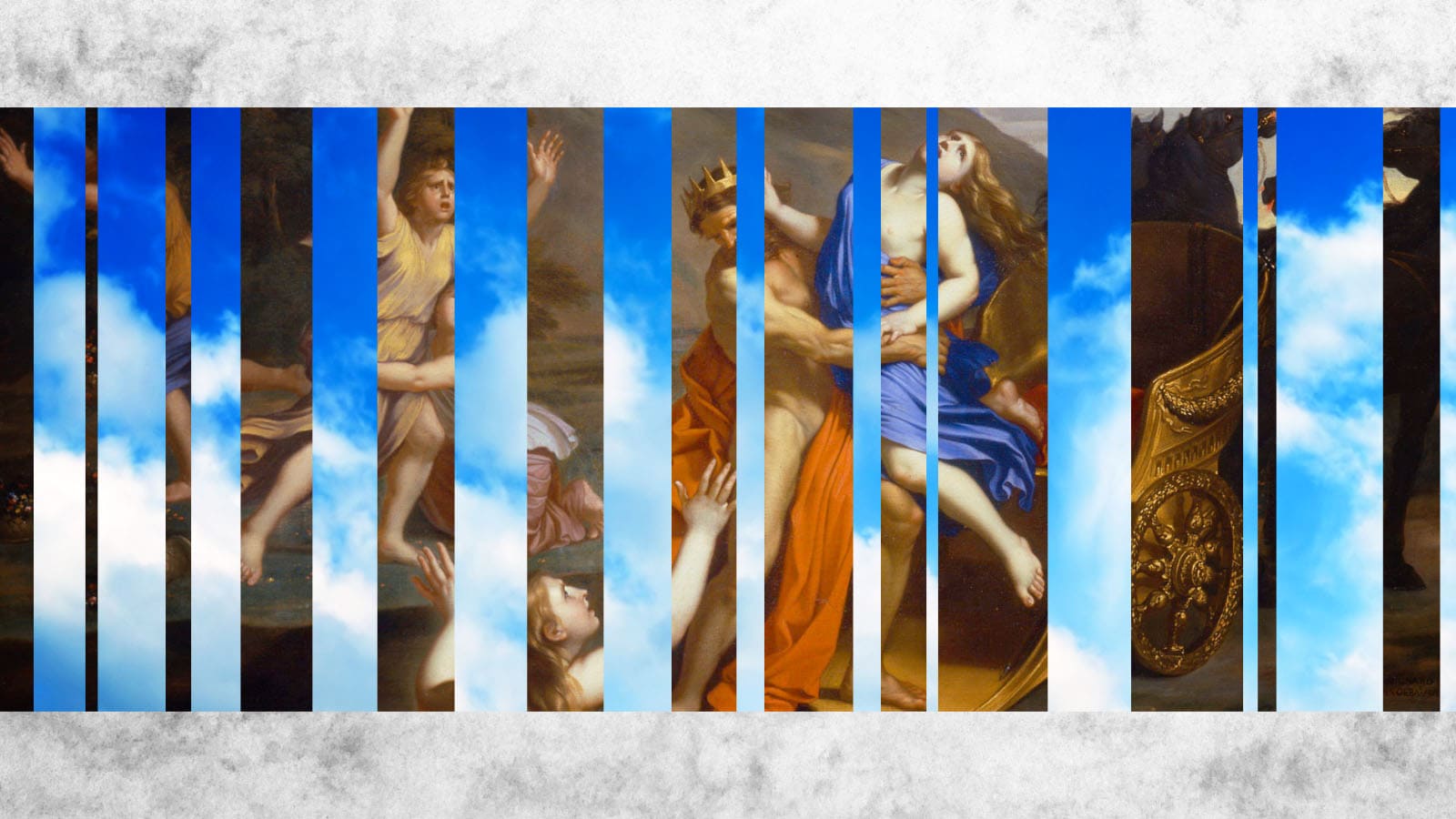 Sitting uncomfortably amongst a mountainous clutter of Home Depot boxes was Karl Lista as the calculated, and at times seemingly unfeeling, Night. Approaching each social interaction with a level tone of voice and carefully separated conjunctions, Lista radiated a desire for structure and perfection. Contrasting the stuffy sweater-vested grocery store employee was Shady Rose as the spontaneous and sweatshirt-clad Day. Rose’s genuine facial expressions and range of body language developed their relationship with each of the other cast members.

Taking numerous calls from Night himself on their morning radio show were Anna Kark and Dana Maginity as Jove and Ida. The duo switched dramatically from passive aggressive compliments, fake laughter, and over-the-top radio banter while on the air, to loud expletives and clear contempt for one another while off, generating a comedic and enjoyable back and forth. Forces of chaos, as indicated by the mythological references in the characters’ names, were Anna Kark as Styx and Lucy Silver as Eris. Kark and Silver channeled pure crudeness into the sexual and manipulative characters, at times to an unnecessary extent, but nonetheless with true commitment to the characters and their mischievous goals. As Diana the manicurist, Matthew Williamson offered his angelic presence and good advice to the struggling Day.

Together, the duo of Night and Day is originally reminiscent of The Odd Couple, with their personalities clashing completely within the confines of a studio apartment. The couple’s dynamic, however, resembles nothing of the comfortable balance seen in the 1965 Neil Simon work. Although the audience is initially led to believe that Night is sacrificing his life to make Day comfortable, the emotional manipulation and abuse in their relationship becomes increasingly clear throughout the narrative. The couple attempts to solve their lack of emotional connection through physical exploration, where the sparkless scenes generate tangible emotional emptiness to the point where the words “I love you” are like a band-aid on a bullet hole. After being sexually assaulted by Styx, in a scene where Silver’s defensive mannerisms and bold vocalizations embody those of a sexual offender, Rose’s obvious distress is demonstrated in her trembling voice and body, and yet goes unnoticed by the determinedly still and impassive Lista.

The tech crews wove each scene together with music by Lightmare, whether it was somber lullabies or jovial radio jingles. Natural blocking and minimal scenery allowed the space to transform into each necessary environment, while edible props added to the ambience and realism of the piece. Despite the fluidity of the technical performance, the show’s narrative is slightly confusing, offering contrasting messages to the audience. The first possible message emphasizes the couple’s equal fault in the relationship’s end, with Night’s downfall being his tendency to be overbearing and Day being to blame for not speaking their mind. The second message highlights Night as an emotional abuser and manipulator, disarming Day of their free spirit and emotion, leaving them unable to speak against his will and ends with them feeling isolated from the world. Within the social context of the #MeToo movement, the second message delivers itself more poignantly, but clashes with the first, leaving some questions as to the true intention of the work being left unanswered upon the show’s resolution.