The Little Senator That Could held its world premiere at Capital Fringe on July 12, 2019, and it is nearly perfect for Washington, DC. Billed as a comedy, playwright Kirsten Grady’s show is actually a political drama with several funny moments, and the timing is perfect. The junior Republican senator from Utah is asked to close party ranks in defending an alleged murderer and war criminal President Trump appointed to lead the Department of Defense. When the story breaks, Sen. Dallas Cray (Alec Scheller) issues a vague statement that is pro-Geneva Convention, anti-war crimes. 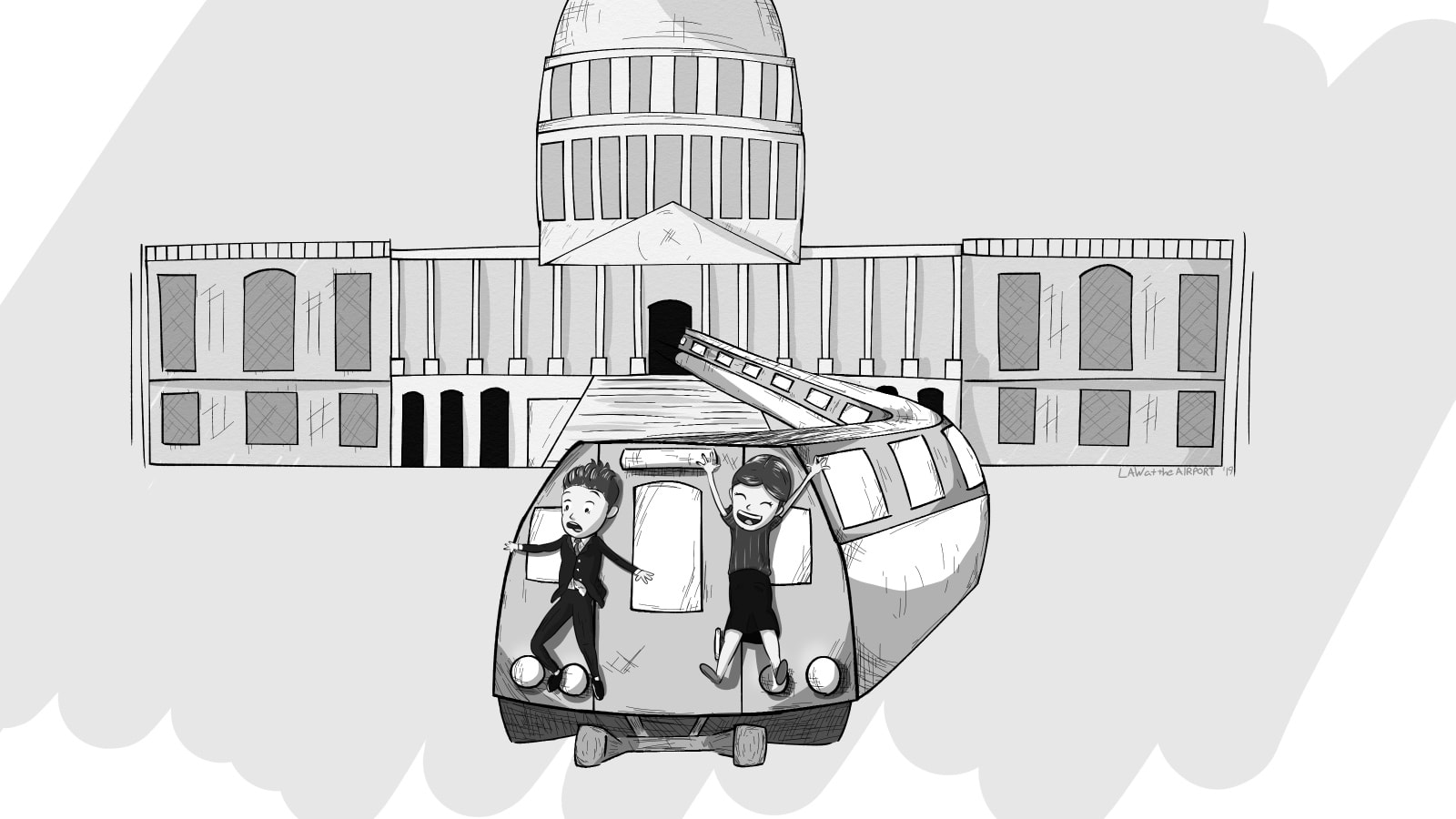 That is not enough for a senator from South Carolina, named Lindsey (Keegan Patterson), playing whip, or his crazy colleague Ted (Nathan Kowalczyk). They want Cray’s assurance that he will stand with the party and president come what may of the “allegations.” Cray is non-committal and that storyline leads to a dramatic Washington confrontation later.

Cray is supported by his wife, Stacy (Kate McGowan), a strong woman who helps the senator summon his conscience when needed. For instance, Stacy helped Dallas find his backbone in 1984 during a blackface incident at the University of Utah just prior to Reagan’s reelection. Grady plays Cray aide Rae who prays to the ghost of John McCain and scares the wits out of, and occasionally beats, Republicans who pick on her senator.

The Little Senator moves quickly with at least 11 scenes. Sets include a desk, microphone, mattress, and fort made of two chairs and a blanket. Cast members change scenes when the spotlights die. The weak spot in the performance seems to be the fault of Director John-Nicholas Walsh and Movement Director Marshall Betz. The wife and senators would be in their 50s or older. Lindsey uses a walking stick, but no one shows any sign of aging. Older people walk differently. They express little aches and pains.