Making its debut in this year’s New York Musical Festival (NYMF), LadyShip – with book, lyrics, music composition, and orchestrations by twin sisters Linda Good and Laura Good (known for their work as the Indie duo The Twigs) – is inspired by the deplorable true events of the 18th-century British colonization of Australia. Directed by Samantha Saltzman, with musical direction by Simone Allen, the new work, set to an alt/pop score with period-style infusions, gives a posthumous voice to the 25,000 women convicted of petty crimes of poverty, sent on a treacherous journey across the ocean to an unknown land, and forced to populate the British colony there, becoming the “mothers of Australia” – with or without their consent.

The fictionalized historical narrative is centered on Alice and Mary Reed, two impoverished Irish teenage sisters falsely accused, judged guilty, and harshly punished by members of the privileged elite, with a seven-year sentence in an Australian penal colony, following a harrowing ten-month overseas voyage as captive criminals. They are accompanied en route by an array of stock figures representing the microcosm of convicted females (the married mother who misses her children; the street-smart daughter of a sailor; the bankrupt noble whose gambling husband depleted her fortune; and the sweet young orphan girl) and the seamen who control them (the dutiful captain who is just following orders; the captain’s entitled nephew/lieutenant who thinks he’s above the rules; the brutish drunken sailor; and the nice guy who wants to help Mary).

In songs and dialogue, the characters tell the story of the women being confined below deck in squalid conditions, with no fresh air and not enough food or water, overworked and rarely paid, enduring seasickness and abuse from the men (noting there “ain’t no way up, ain’t no way out”). While the scenes and songs of suffering become repetitious and could use some editing, the staged hardships seem minimal in comparison with the repeated allusions to the beatings, rape, death, and disease to which the prisoners were in fact subjected, and despite it all, the underlying mood of the show remains positive and uplifting. Throughout their prolonged ordeal, the women bond with each other, stay strong (“Only The Strong Survive”), rise up (“I’m Done”), and find ways to survive (“I’ll Find a Way”) – an anachronistic message of female empowerment that seems more suited to our present times than to an era in which they had no control or recourse.

A cast of ten delivers the archetypal personalities, English and Irish dialects, and expressive vocals, beautifully backed by Charlotte Morris on violin, Christopher Anselmo on guitar, and conductor Simone Allen on piano. Maddie Shea Baldwin as Alice and Caitlin Cohn as her younger sister Mary capture the antithetical natures of the inseparable siblings, and Jennifer Blood as Lady Jane Sharp and Lisa Karlin as Abigail Gainsborough embody the distinctive social classes inherent in their roles. Brandi Knox as Mrs. Pickering portrays the heartfelt love of a mother separated from her children, and Noelle Hogan is irresistible as the orphaned Kitty MacDougal who has been deprived of maternal love, but whose optimistic solo “So Many Stars” is a beacon of hope for her future, and a highlight of the score and the show. Jordon Bolden as the kind Finn Findley and Justin R.G. Holcomb as the vicious Zeke Cropper, too, effectively represent the opposing traits of their characters, as do Quentin Oliver Lee as the upright Captain Josiah Adams and Trevor St. John-Gilbert as his nefarious nephew Lieutenant Brandon Adams.

Costumes by Whitney Locher create an authentic look for the characters and their time, and Sara Brians provides spot-on choreography for the company’s Sunday dance to the “Celtic Jig.” A simple set design by David Goldstein easily transitions from scenes on and off the ship, and Sam Gordon’s lighting evokes the times of day with a backdrop of rich saturated colors.

Although the show could use some tightening to eliminate redundancy and the figures some fleshing out to avoid simple stereotyping, LadyShip is a welcome musical homage to the unsung women colonists of 18th-century Australia whose abysmal treatment and sacrifices have been largely forgotten. 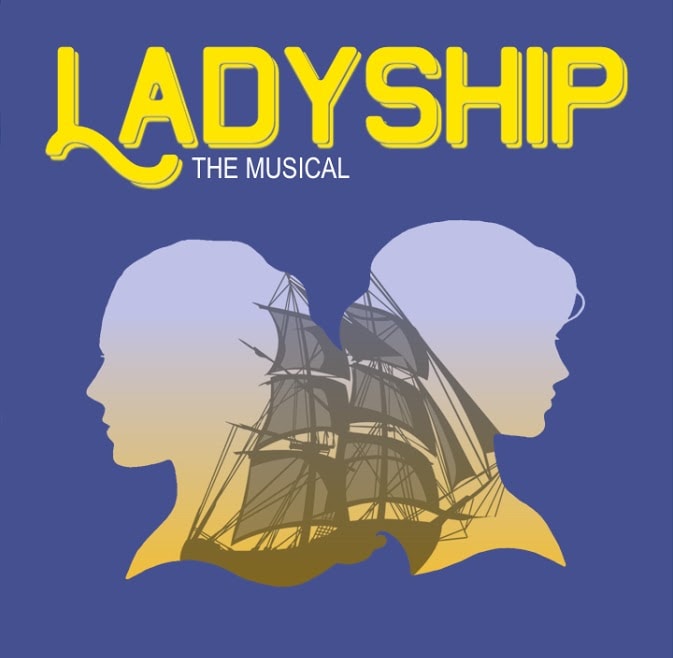