Set in a blighted corner of Wales, Iphigenia in Splott is a breathtaking one-woman show, imported from the UK and written by Gary Owen, a Welsh playwright and winner of the Meyer-Whitworth Award for new writing for the theatre. 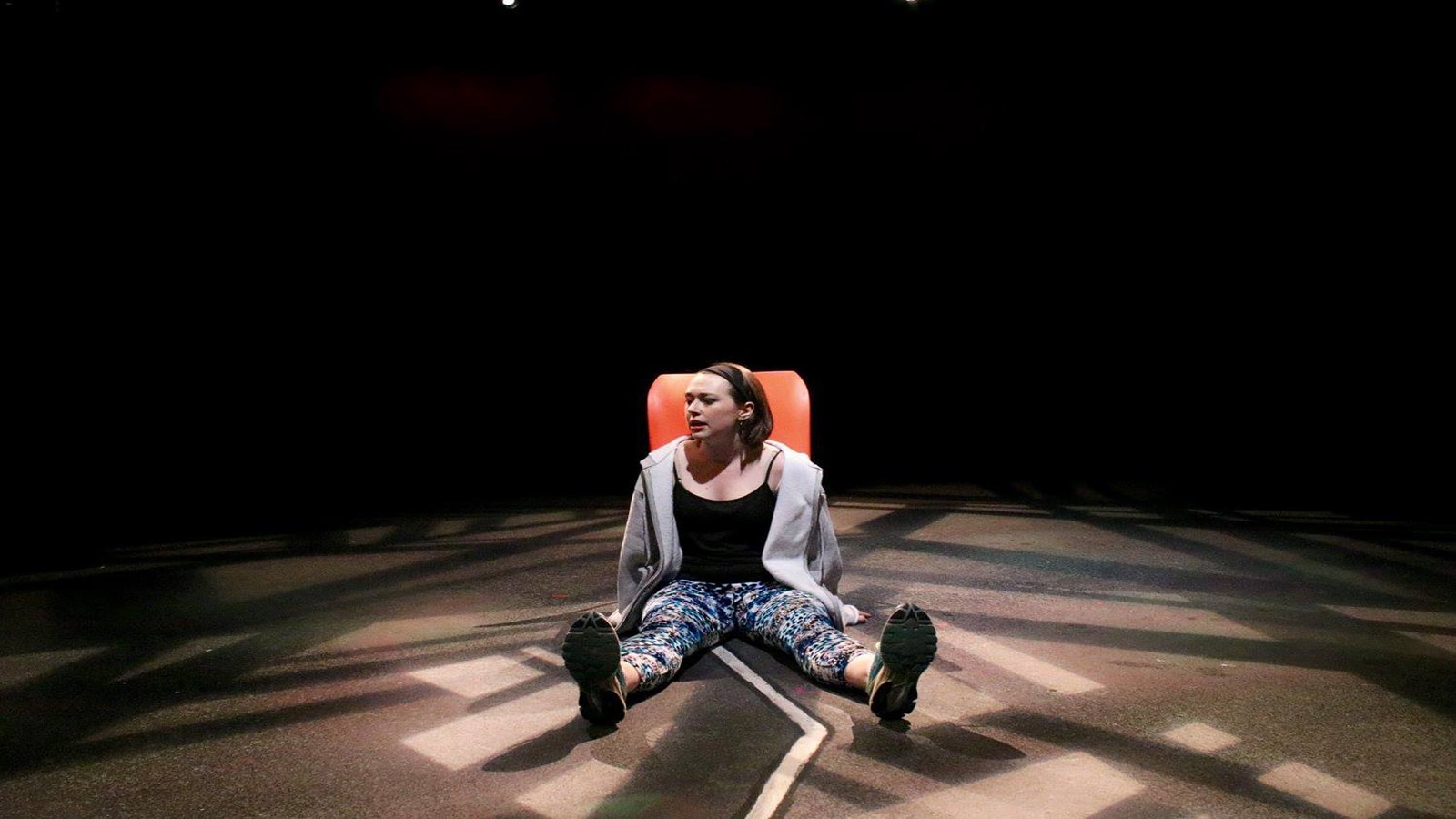 The show begins as stand-up comedy—complete with sex and booze and lots of profanity—but then quickly turns into an indictment of a political system gone awry.

Its subject is Effie, a modern-day incarnation of Iphigenia, the doomed Aegean princess who was sacrificed by her father in his quest for victory over Troy. Effie is no princess, however. She lives in a squat, in Splott, a squalid corner of Cardiff surrounded by public housing.

Like Iphigenia, she’s considered disposable. She is sacrificed by a system that values profit over life. Yet, unlike her mythic counterpart, she survives.

All that changes when Effie meets Lee, an amputee whose leg has been blown off in a distant war. His vulnerability strikes her as the twin of her own. The play takes off from there, veering from one surprise to another and careening toward an end that mixes anger and hope.

Iphigenia in Splott opened in Cardiff, then moved quickly to London, where it won rave reviews when it ran at the National Theatre in 2016. It had its US premiere in New York at 59E59, where the New York Times described it as a “triumph.”

Here at the Fringe, Iphigenia is presented in a scaled-down production, courtesy of Burning Coal Theatre, a small professional company located in Raleigh, NC. Lighting designer Matthew Adelson, who is associated with a consortium of colleges in Western Massachusetts, has teamed up with Alex Procknow, stage and sound designer, to create the illusion of space and movement. Together, they hurl down lightning and thunder to punctuate the scenes of Effie’s life.

The director of this stunning piece of work is Jerome Davis, a veteran of the American stage who founded Burning Coal 23 years ago. In an e-mail exchange after the show, Davis pointed to the budget cuts, here and abroad, that have taken a brutal toll on those at the bottom of the ladder.

Like many British imports—and especially those bearing political messages—this one may not appeal to everyone’s taste. Chloe Oliver’s accent, for example, sounded perfect to me, but it may be an obstacle for some.

Similarly, the emphasis in the beginning on booze and puking is occasionally off-putting.   American audiences, while enamored of sexual descriptions—of which there are many in this show—are notoriously less tolerant of the scatological ones.

But these are minor caveats. This is a play that is powerful, yet unpredictable. It is stunning in its impact—and in its indictment of a society gone wrong.