Riverside Center for the Performing Arts is excited to celebrate the 70th anniversary of the Pulitzer Prize-winning South Pacific with its new production in Fredericksburg, VA. The Rodgers and Hammerstein classic – which premiered in 1949 – did not have a revival until the 2008 Lincoln Center production (which, like its predecessor, won multiple Tony Awards®). Several of its songs, including “I’m Gonna Wash That Man Right Outa My Hair,” “Some Enchanted Evening,” “There is Nothing Like a Dame,” “Happy Talk,” and “I’m In Love with a Wonderful Guy” have become popular standards.

The creative team is led by director and choreographer Penny Ayn Maas, and the show is Music Directed by Angela Donadio. The scenic design is by Frank Foster, the lighting design is by Michael Jarett, and the costumes are designed by Kyna Chilcot. Sound design is by Billy Timms, and the properties master & set dresser is Bridgid K. Burge. The production stage manager is Jessica Dotson. 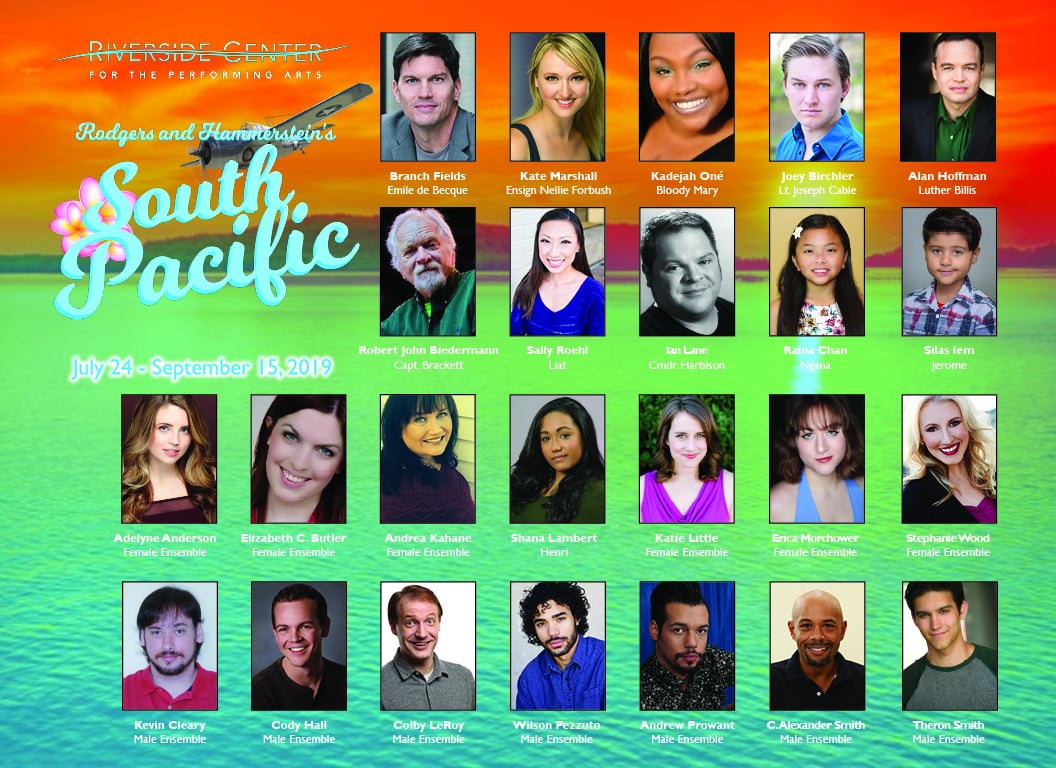