Whenever Erick Acuña is asked to play Peruvian music, he launches into a burst of rock. Why not, he wonders, since rock is his country’s favorite sound. 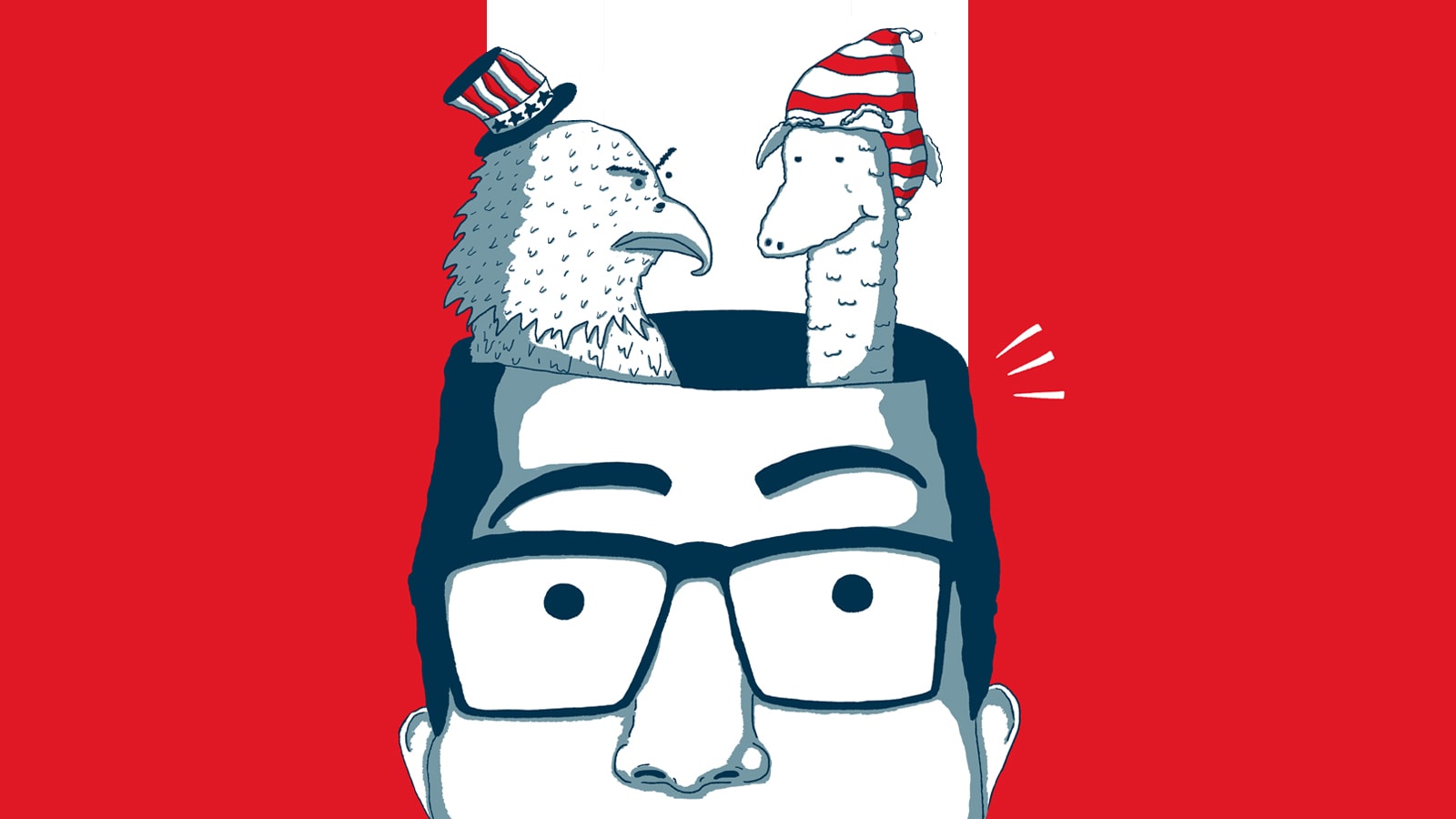 But rock is not what his hosts expect. No matter whether it’s at a barbeque or a business event, the Americans prefer a folk song popularized in a Hollywood movie.

Acuña obliges, but not happily.

On a happier note, however, the American penchant for cliches provides plenty of material for Acuña Acuna, a 50-minute one-person show into which the comic has crammed 16 sketches, most accompanied by audiotapes of rock and roll and illustrated by video and slides.

Conforming to American expectations is just one of the problems faced by this hapless exile—in real life a human rights lawyer at a large international organization—as he tries to navigate the local system.

It’s not easy. To begin with, most of his new colleagues are not actually sure where Peru is. (No, it is not in Europe, the Middle East or Puerto Rico.) Thus, a geography lesson ensues, in which we learn a lot about Peruvians and potatoes.

Then there is the problem of filling out forms. On a medical report, Acuña is flummoxed by a question about ethnicity. Is he (check one) Spanish, Hispanic or Latin American? Since he is all three—a Spanish-speaking Hispanic from Latin America—there is no correct answer.

There are lots of jokes about Peruvian TV, including its commercials, cartoons and game shows.

One of the funniest of these was a skit about a TV game show, at which Acuña, playing the MC, asked for volunteers from the audience.

On the day I attended, one of those volunteers was fellow comic Jamie Brickhouse, whose one-man show, I Favor My Daddy, was scheduled for later that day. Brickhouse, who styled himself ‘Jaime’ (pronounced with an ‘H’ instead of a ‘J’), won the grand prize of three potatoes.

Being Acuña—and not the more plebeian Acuna—the comedian has many jokes about the ñ in his name. Although keyboard manufacturers have tried to wipe it out, they have so far been defeated. That, according to Acuña, is because the ‘ñ’ in Spanish has a proud history, dating back to the conquistadores. It is also highly efficient, since it sounds like ‘nn,’ but takes up less space.

Acuña himself is a comic whirlwind, dashing on and off stage in a variety of costumes—most of them simply sweaters or jackets—which transform him into the different characters he plays. In one hilarious episode, he piles on layers of T-shirts to show some of the differences between football players in the US and Peru.

Although the humor has its ups and downs, the show never drags, thanks to director Martin Steger, who keeps everything, including Acuña, moving at a furious pace. It’s little wonder that this comedian has a large and enthusiastic following, with a full house at most performances.

Acuña Acuna packs a lot of humor into a short session, offering a light-hearted respite to Fringe-goers on an otherwise muggy DC evening.