Home, Sweet, _____ takes audiences on a sentimental journey through music, sight gags, and pantomime. Without words, Home, Sweet, _____ tells the story of a clown, the frenetic Collette Campbell, looking for a new home, and the obstacles she faces to get there. 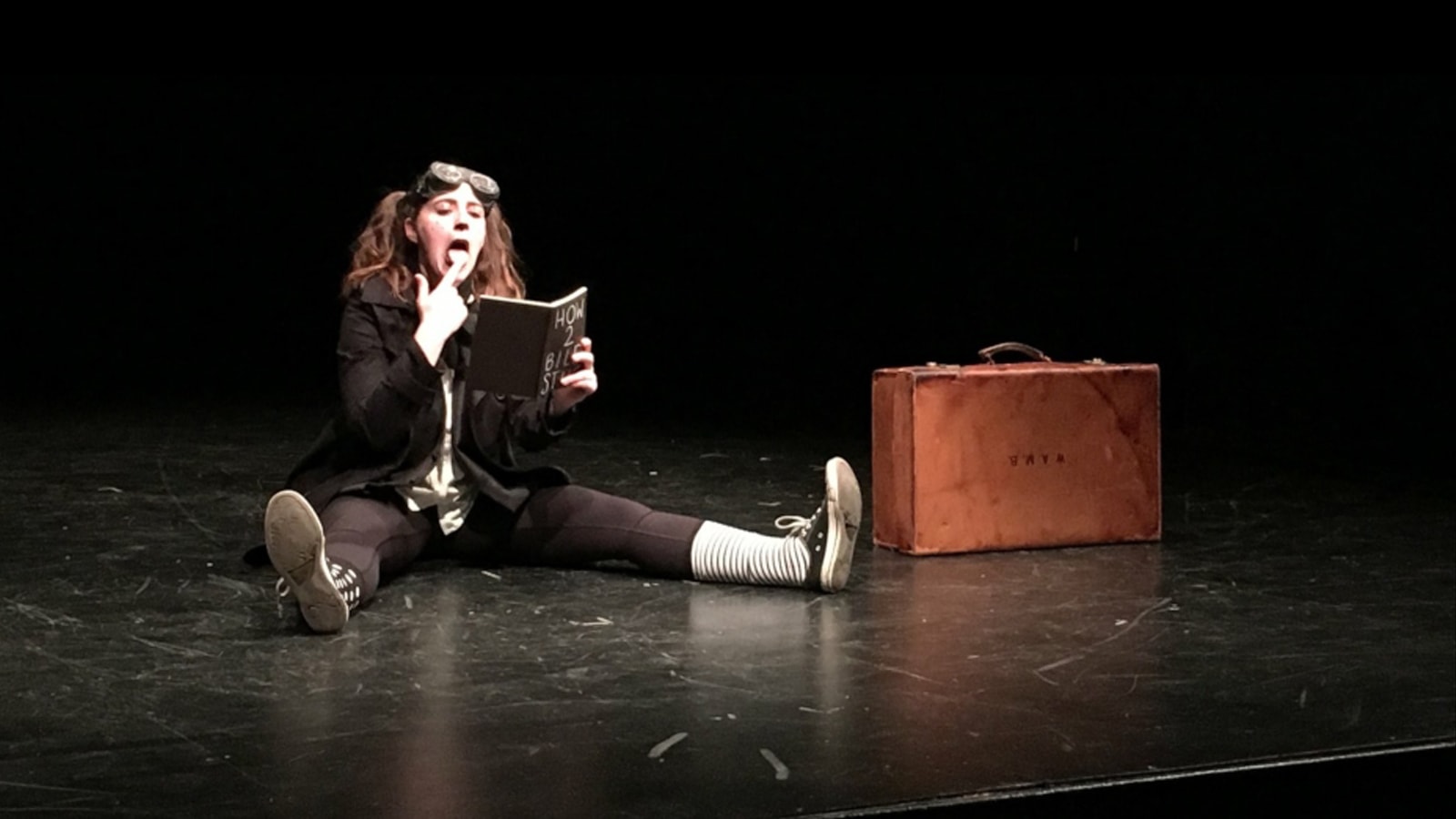 Campbell’s nose and cheeks were freckled with black cat-like makeup. She wore black goggles, set high on her forehead. Dressed in a black vest and pants, and at times a black raincoat, she danced, pantomimed, put on a smiley face, and threw tantrums of anger.

Among the props Campbell used were an easel supporting a pencil-drawing of a two-story house, an umbrella, a book entitled “How to Build Stuff,” and an old suitcase full of faux gray-colored bricks (boxes really). The interactive fun involved Campbell handing certain props to the audience members. Campbell repeatedly built a wall with the boxes, which repeatedly fell down. There was a reveal with the boxes that was both touching and audience-interactive.

Home, Sweet, _____ is a delightful 40 minutes of silent theater, that makes audiences think about and fill in narrative gaps; it also makes audiences feel its central character’s homesickness and nostalgia.