There’s plenty of beef in Carolann Valentino’s one-woman musical, If These Balls Could Talk, about her life as a young actress from Texas working at a steakhouse in New York. 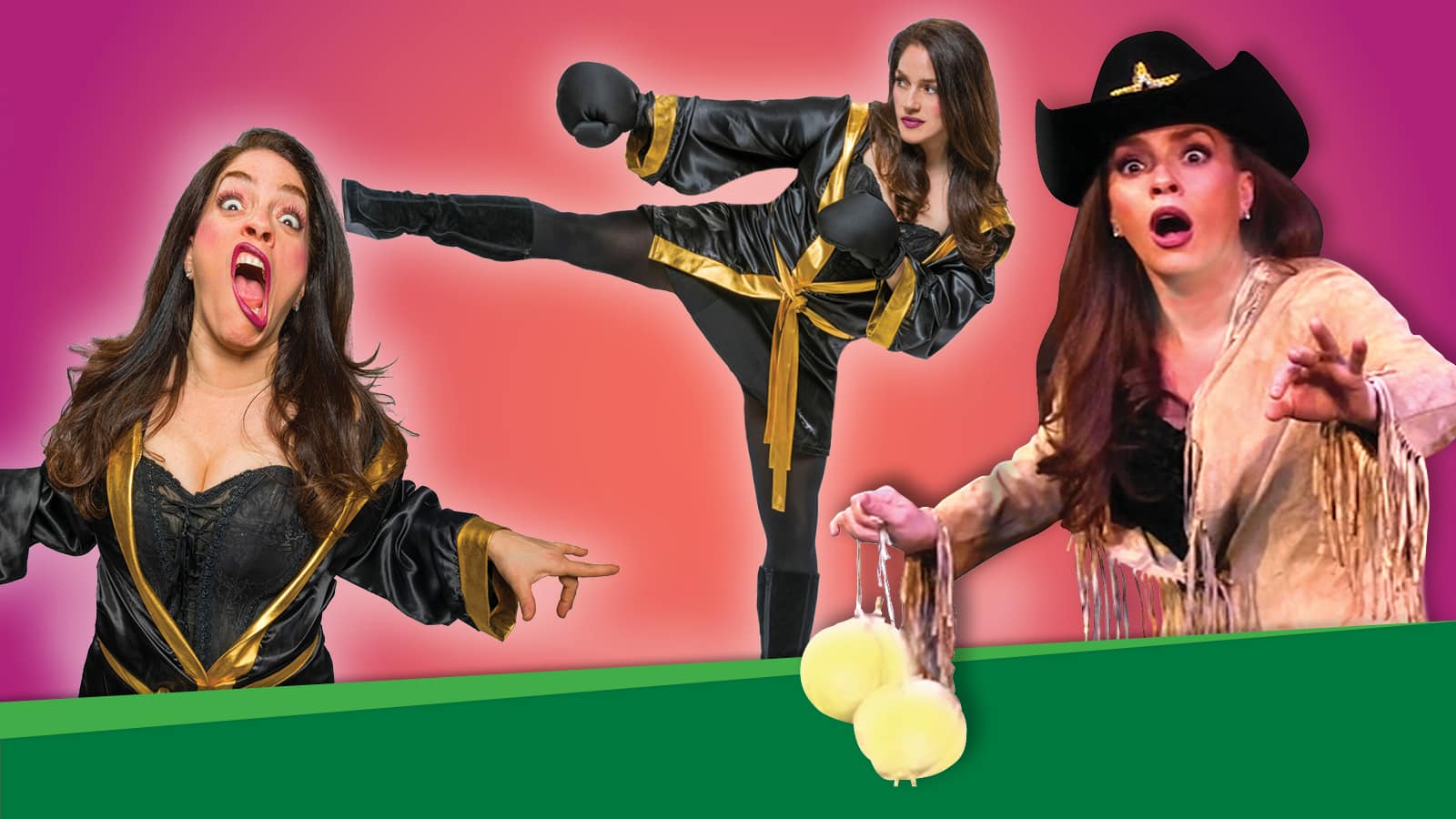 This was not just any old steakhouse, mind you, but the biggest, brashest, beef-iest steakhouse this side of Broadway. Its prices and portions were gargantuan and its customers were celebrities. Overall, it raked in roughly $40 million a year.

Beefy or not, however, the balls of the title are Carolann’s, and they’re made of cheese. Provolone, to be exact. She swings them around from time to time to beat off the more repulsive  customers and employers.

And they are repulsive. The actress, who created the show and wrote the lyrics to the songs—mostly parodies of Broadway hits—has a wonderful talent for mimicry.

She impersonates 18 characters—including the macho (and possibly Mafia) boss, assorted drunks, customers who complain about everything, exhibitionists, sexy hostesses, and her mother, who calls her every day from Dallas to find out when she is going to quit her job and be a star.

One of the funniest characters is the female exhibitionist who describes her body parts as a map of the Middle East. (Egypt on the left, Israel on the right, and the Gaza strip in-between.) Another character is a drunk who accuses the bartender of stealing his credit card—which in fact is in the inside pocket which he forgot to check—and then has to be gently poured out the door.

Carolann’s Italian mother—whom she describes as a cross between Sherlock Holmes, Don Corleone, and Al Sharpton—is constantly on her back, telling her either to quit this 14-hour a day job or come back home. (She could join the Dallas equivalent of the Rockettes, the mother says.)

On the other hand, it was her mother who told Carolann to “go for it” in the first place. The show begins with a lovely song, called ‘Goodbye Cowboys,’ about her departure from Dallas and the dream of making it big on Broadway. There are 12 songs in the show.

Today, Carolann Valentino has a long track record of roles in musical theater, television, and film. Looking back, she sees the show as a a realistic—though funny—view of a time in her life when she was struggling to maintain two careers. “It’s a reminder to take risks,” she said.

And to keep laughing, even when the risks are slow to pan out.