In the early literature of the Judeo-Christian tradition, Lilith – mentioned in the Dead Sea Scrolls (ca. 4-10 BC) and developed in the Babylonian Talmud (3rd-5th century AD) – was made at the same time and from the same earth as Adam, to be his first wife, before the creation of Eve from his rib. According to her growing legend of the Middle Ages, Lilith refused to be subservient to her husband, desired to be on top, coupled with the Archangel Samael, and would not return to the Garden of Eden. Consequently, her name, derived from the ancient Sumerian and Mesopotamian languages, has been associated with female demons of the night – sexually wanton, killer of babies, and responsible for the night terrors of those who sleep.

Jenny Waxman (book and lyrics) and Ben Page (music, with additional music by Ada Westfall) consider the myth of Lilith, the Creation of Adam and Eve, and the present-day male-female and female-female dynamics from a post-modern feminist perspective in Leaving Eden – a pop-style musical playing at the Pershing Square Signature Center in this year’s New York Musical Festival (NYMF). Directed by Susanna Wolk, the narrative moves back and forth between the Garden of Eden and a contemporary metropolitan apartment, interweaving the stories of the Ancient Adam, Lilith, and Eve with three of their Modern namesakes, and interspersing references to, and iconography from, the canonical Book of Genesis, the apocryphal tales, and the philosophy of duality with a new vision of what it all means.

There are clever passages of the recently created man and women discovering the world, feeling emotions for the very first time, and speaking slowly and unsurely in simple language (along with some funny anachronisms of the original characters spurting out decidedly current expressions and obscenities). The score is melodic (though none of the songs is stand-alone memorable), with infusions of the sound of religious hymns (in a cycle dedicated to the seasons) and popular rock musicals (with a nod to the style of Jesus Christ Superstar in the group finale of the eponymous “Leaving Eden”). All are well performed by a four-piece band (Jay Sorce on guitar, Scott Thornton on bass, Barbara Merjan on drums, and music director Nathan Dame on keyboard) and well sung by a talented and tuneful cast with harmonious voices – Sarah-Anne Martinez as Lilith, Janet Krupin as Lily, Gabrielle McClinton as Eve, Azudi Onyejekwe as Modern Adam, and Ian Ward as Ancient Adam – who capture the joy, pain, and struggles of inter-relationships, with the Creator and among themselves (as in “Ménage à Song”). A simple scenic design by Alayna Klein, costumes by Whitney Locher, lighting by Amanda Clegg Lyon, and sound by Kimberly O’Laughlin provide telling associations and easy transitions between then and now.

While the subject matter revolves around issues of gender and sexuality, the scenes of simulated sex are handled with humor and discretion, without the need for nudity (we still get it). And while the messages of female empowerment and an end to oppression, the call for men to listen and to give women the opportunity to “be on top,” and the need for women to support each other and to avoid competition and jealousy (instead of hissing at one another, as in the witty encounter of Eve and Lilith, transformed into the serpent who proffers the forbidden fruit) come through loud and clear, the first act is at times slow-moving and redundant, and could use some editing to accelerate the connection between the two parallel storylines of original creation and childbirth in our present time.

If you’re interested in religious symbolism, its didactic significance, and its perceived relevance or obsolescence in today’s world, Leaving Eden offers an interesting take on the age-old theme. 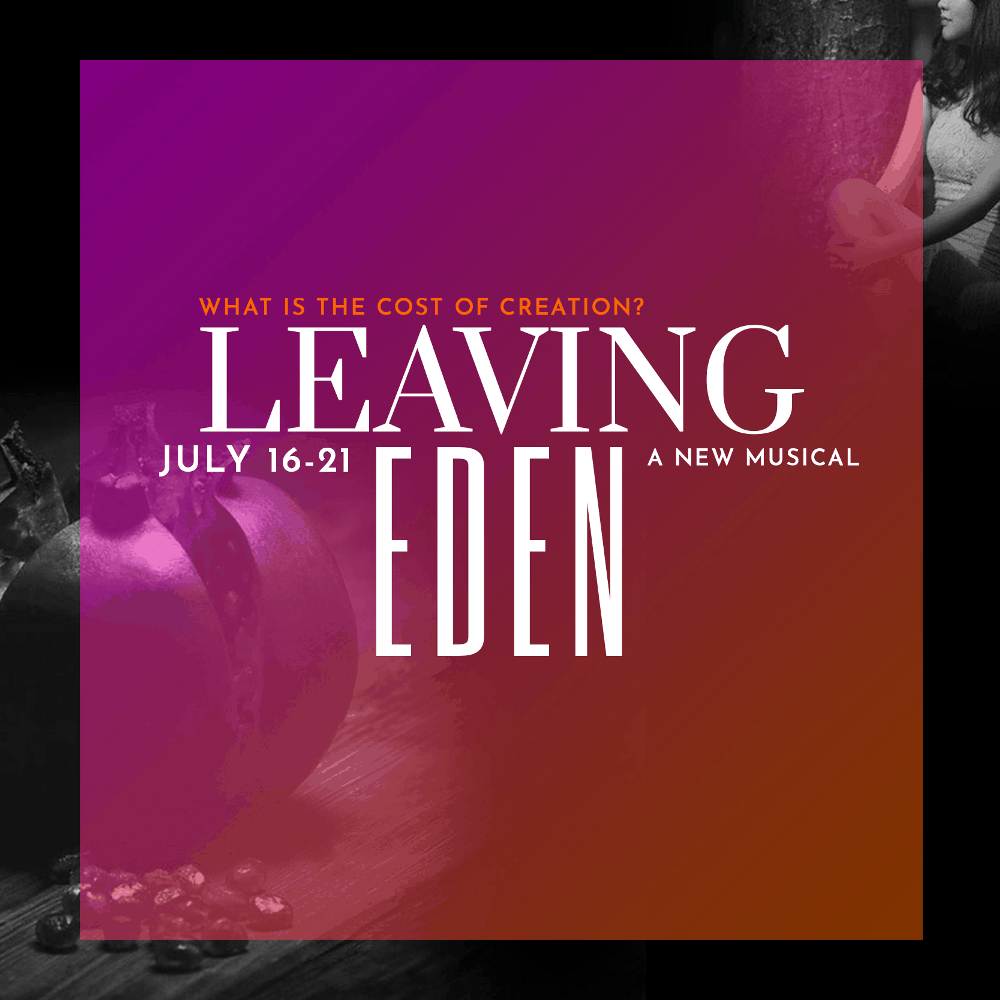