Ari Afsar is a singer/songwriter, stage and screen actress, and an advocate and activist for a variety of socio-political causes, including The Women’s March and The United States of Women. One of her latest projects is a perfect fusion of her specialties and passions, as creator of the music and lyrics for Jeannette, a new pop musical based on the life of America’s first congresswoman Jeannette Rankin (1880-1973), with a book by America’s most-produced playwright of 2018, Lauren M. Gunderson.

Following a two-week developmental workshop in the National Music Theater Conference at The Eugene O’Neill Theater Center this summer in Waterford, CT, Afsar is bringing Jeannette to New York for a one-night-only live demo concert at SubCulture, where she will be joined on stage by three very special guests from popular Broadway musicals: Joshua Henry (Hamilton, Carousel); Lexi Lawson (Hamilton, In the Heights); and Jessica Vosk (Wicked, Fiddler on the Roof).

Between those seminal performances, I had the opportunity to talk to Ari about her interest in the subject and the genesis and trajectory of the work.

Ari: The world changed in 2016; we became a little divisive, and I felt that I needed to be involved with some badass women, so I started to become active with women’s organizations and political causes. But then I thought, how can we grow if we don’t know our foremothers? I did a Google search and found Jeannette Rankin. I started reading everything about her, and then asked some of my constituents if they knew who she was. Nobody had ever heard of her, so I decided to write a concept album about her. I’ve worked with The Women’s March, The Social Innovation Summit, Nexus Global, The MoveOn rally on the steps of the US Supreme Court, The United State of Women, the ACLU National Conference in Washington, DC, and others, and started performing the songs of Jeannette at women’s marches and events.

What do you find most compelling about her story as the basis for a pop musical?

Resilience. She was completely living in the epitome of a man’s world, no woman in the democratic western world had ever been elected to national office before, but she figured out how to do it. I also like that she learned how to scream from the inside, not just the outside, which comes from maneuvering, strategies, and questioning your morals all of the time. She did it, and became America’s first Congresswoman.

How would you describe the style of your music for the show? Is it purely post-modern, or are there influences from her era of the early 20th century?

No, there’s not; it’s all current rock, country, and pop. I think that’s important, because the dialogue is also contemporary. The show moves back and forth between 2019 and 1916, when she was elected. We shift time, and that’s the point – so that it’s clear how relevant the fight for equal rights still is now.

What was your creative process with playwright Lauren Gunderson?

We met through a mutual friend and made arrangements for a fifteen-minute call. I was thinking that the subject would be good for a TV show. She heard the music, we talked, and an hour and a half later (not the fifteen minutes we had planned!), we decided it should be a musical! Even though the theme also applies to men, it’s obviously a woman’s story, and the female creative team has worked together with love and kindness, and with no egos. It’s been great to have women working together in that capacity. We want to make it the best it can be, so if cuts are needed, we make the cuts, without egos getting in the way of the process.

Tell us about your experience this summer at the O’Neill Theater Center. What did you learn there, and how did it help with the development of the work?

Hearing it for the first time with fourteen incredible singers was huge! “Oh, great – the music works!” There’s only so much you can accomplish with a table read or a pizza read, which is how we’d done it before. It’s still a work in progress, but after the O’Neill workshop, we found that we didn’t need to make any major structural changes, just streamlining, to make sure every lyric and line of dialogue has purpose.

Will members from the O’Neill cast and team participate in the concert in New York?

It’s not a musical reading, as it was at The O’Neill, it’s more of a pop-rock concert. We’re not describing the whole storyline, but hope the audience will fall in love with the music. So the entire cast won’t be there, but we do have several of them performing: Jessica Vosk, Nicholas Ryan, Geena Quintos, and Princess Sasha Victome, and members of the band on drums and guitar.

What are your hopes and plans for the future of Jeannette?

After the SubCulture concert, we are planning to do a workshop in California by the end of the year; and at the beginning of next year, we plan to do another reading in Montana [Jeannette Rankin’s home state], and then keep going with it. It would be interesting to go the regional path. Of course the goal is to bring it to Broadway – we’re not going to shy away from that!

Thanks, Ari, for sharing your enthusiasm and admiration for Jeannette Rankin, and for giving us some background on the development of Jeannette. 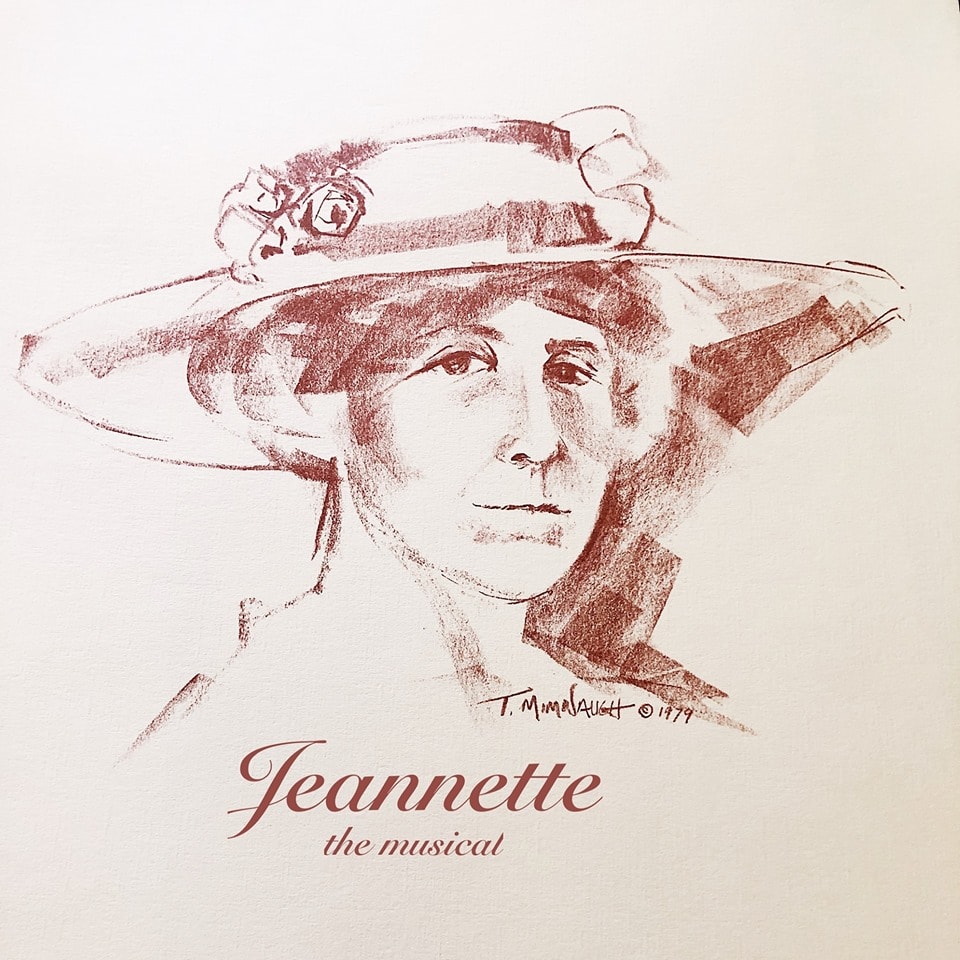