Starcrossed is a re-imagining of Shakespeare’s Romeo & Juliet with a new pair of starcrossed lovers: Mercutio and Tybalt. Worked seamlessly within the dialogue and story of the original work, these two beloved characters get new life in a world where their sexuality has no voice. This is a remarkable piece that makes audiences ache for a world where “children shall walk free and safe of all our fears.” 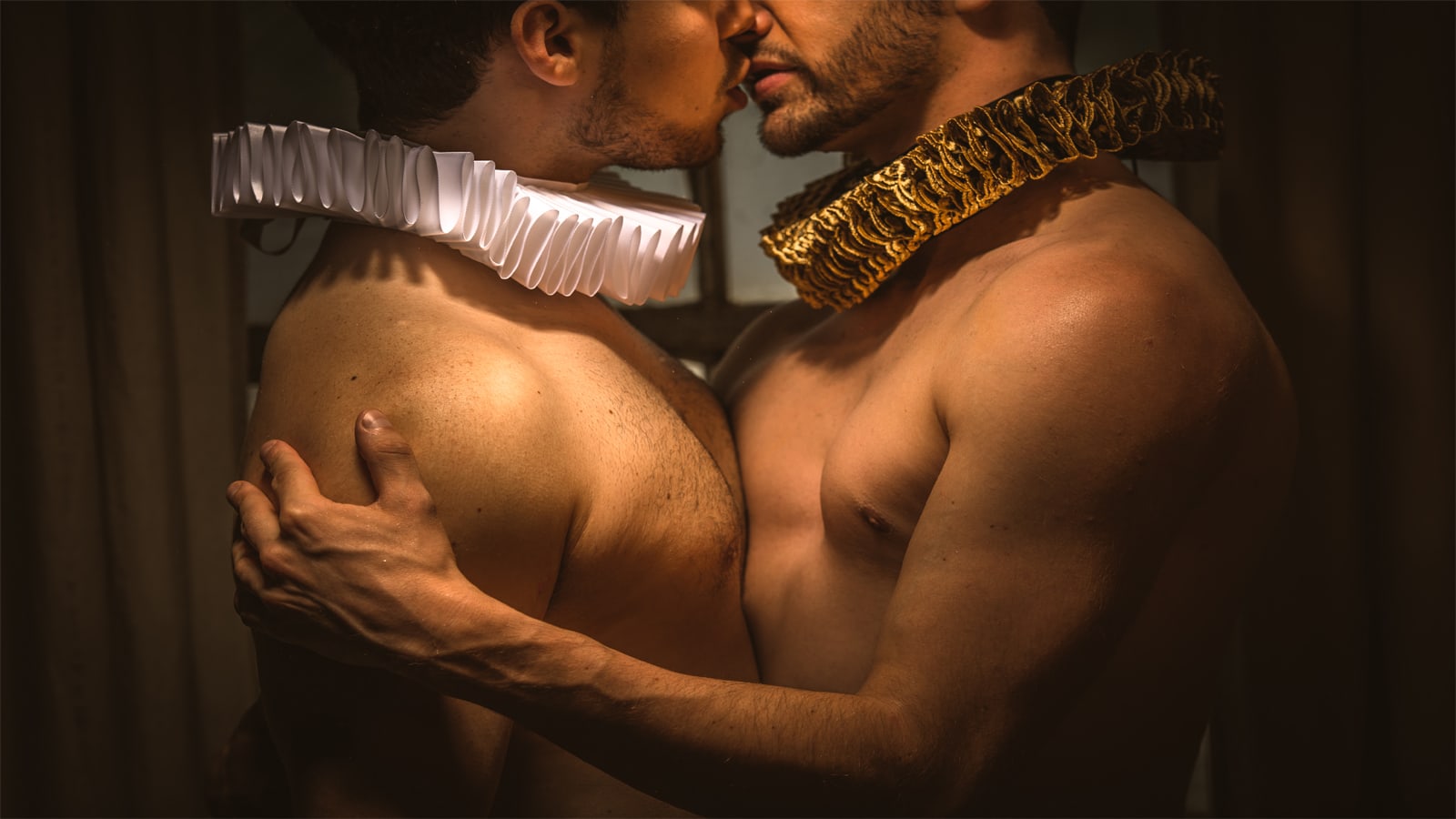 Not many people can claim to have improved Shakespeare, but author Rachel Garnet can. I have heard from countless people, and tend to agree, that Starcrossed provides rich texture and delights to the classic play, particularly by introducing logic to Meructio and Tybalt’s fatal fight which many found previously lacking. Garnet has a doctorate level mastery of the language to the point that even her changes to classic, often-quoted lines sounded like the original. If Starcrossed is any indication, this young playwright has a bright future awaiting her.

Director Michael Hernandez-Phillips and Stage Manager/Assistant Director Andie Lerner put on a spectacularly polished performance considering the makeshift performance space. Every inch of the space was used effectively to keep this show humming, with seamless costume and set changes aided by a trunk show format. Fight choreography didn’t suffer at all in the tight space, and lighting and sound provided just the right ambiance to indicate location and time. A note to audiences: Because of the extensive use of fight choreography in a tight space, there is no late seating and no re-entry if you need to step out.

All three actors’ performances were intoxicating. Eric Bermudez’s serious and dutiful Tybalt played perfectly off of Connor Delves’ playful and free-spirited Mercutio. Their battles of duty versus joy, living for tomorrow versus today are raw, emotional, heartfelt and often outright hilarious. Despite knowing their end, these performances were so utterly convincing that one is genuinely hopeful that just maybe the end will be different, and devastated when it isn’t. A significant portion of the audience was ugly crying.

The crown jewel of this dazzling team is Jonathan Cobrda as The Player, or every other role in the play. Whether he was Paris or Juliet, every one of Cobrda’s characters was distinct, subtle and convincing. Aided only by a red cloth, he made transitions between personalities seamlessly, sometimes in real-time, and never relied on stereotype to build his complicated characters. Among the multitude of reasons to see this play, audiences should come to see a masterclass in Shakespearian acting from all three of these actors.

In case you haven’t gotten the message, Starcrossed is a masterpiece. I have seen a lot of Fringe this year, and this play is easily one of the best that Capital Fringe 2019 has to offer. Only two performances remain and you should run, not walk, to get your tickets.

Estimated Run Time: 90 minutes with no intermission – no late entry and no re-entry