New York’s longest-running political comedy stand-up act brings its brand of incisive topical humor Off-Broadway to The Theatre at St. Clement’s for a fifteen-show engagement (in association with Eric Krebs) of its latest installment Laughing Liberally: Make America Laugh Again. SiriusXM radio personality John Fugelsang headlines each evening, joined by a changing line-up of comedians and satirists determined to lighten our mood with a brief respite of sardonic wit that highlights the absurdity of the present POTUS and the current state of the union.

Featured along with Fugelsang on opening night were comedy writers and performers Natalia Reagan, Rhonda Hansome, Frank Conniff, and special guest Jimmy Tingle, all of whom brought their unique perspectives and insights to the show. Fugelsang began with an introduction promising no jokes about physical appearance and no white-guy bashing; they were, in fact (now there’s a word that’s lost all meaning!), kept to a minimum, focusing instead on sharp-witted analyses of what’s gone wrong and how we might fix it.

Reagan, a scientist trained in primatology, noted that “it’s hard to be smart in America now,” then offered astute comparisons between selected species of primates and the President (all accomplished without insulting any of the animals!). She was followed by Boston’s Tingle (it’s his real name), who presented the clever points of the presidential platform on which he would run, designed to save money, to preserve the environment, and to retain the popular three-word messaging that has dominated the Trump campaign (but, in the spirit of both the Statue of Liberty and Jesus Christ, compassionately replacing “Build the Wall” with “Feed the Hungry”).

Hansome, Fugelsang’s colleague at SiriusXM, was up next, with a far-reaching routine that took on everything from the scandals in the Catholic Church to race relations (in the repeated double-entendres of her popular character Attila Hunnicutt, a black immigrant nanny) to belting out a version of Dreamgirls’ “And I Am Telling You I’m Not Going,” with sidesplitting revised lyrics. Conniff then made his return to the stand-up stage following recent quadruple bypass surgery and post-op depression, and an upcoming milestone of 34 years sober, about all of which he joked (“I’m never more than one drink away from having a great fucking time!”), while amusingly stressing the importance of empathy.

The hilarious Fugelsang closed the evening with an acerbic review of the fallout from the #MeToo movement and mansplaining, members of the Trump cabinet and the declared Democratic candidates in the 2020 election, being a father and a Gen X’er in these troubled times, and more, while calling out right-wing ‘Christians’ for forsaking everything that Jesus was and stood for – resulting in a serious case of “What-the-fuck fatigue” for progressive liberals. But he ended on an uplifting note, encouraging us to outlive the lunacy and to recognize the positive actions of our diverse population that keep America great, today and always.

If the news is getting you down, and you believe that laughter is the best medicine, Laughing Liberally: Make America Laugh Again provides a temporary elixir, an optimistic view of what’s still good in our country, and a glimmer of hope for the near future. 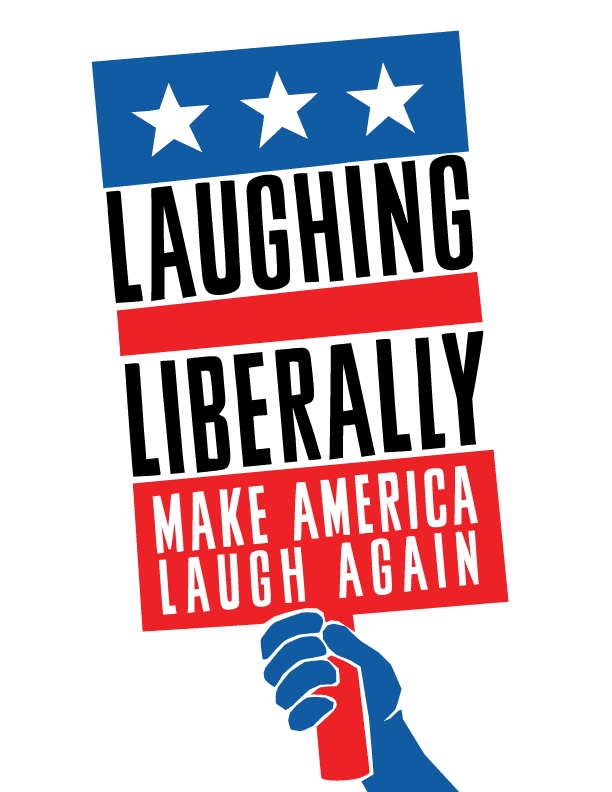