Imagine a world where pop culture and high culture intersect. A world in which wrestling, comics, and gaming meld seamlessly with the performing arts, allowing people of all backgrounds to experience art as a positive force in battling the existential loneliness of the modern era.

Congratulations. You’ve now entered the mind of Jason Schlafstein. While you’re there, he has a podcast he thinks you should listen to.

Paperless Pulp, an anthology podcast that hearkens back to old radio shows and pulp magazine stories, is the latest project of Flying V Theatre Company, DC’s self-proclaimed “theater for people who think they don’t like theater.” Schlafstein, Flying V founder and artistic director, has made it his mission to bring pop-culture enthusiasts into the theatrical fold.

“There’s an idea in our culture of who a theater person is,” Schlafstein told me in a recent phone conversation. “There’s a stigma around theater that keeps a lot of people away from seeing a show. As a theater company, we really want to dismantle class-based assumptions on who can enjoy theater and what theater can do.”

The Paperless Pulp podcast is yet another attempt to push the envelope on what theater can – and should – be. 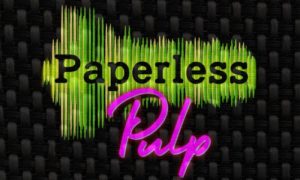 Season one of Paperless Pulp features nine independent stories – short audio plays really – written by playwrights from DC and across the country who were invited to tap into their own creativity and submit scripts that explore the human condition through genres such as horror, sci-fi, fantasy, and mystery. The resulting stories might put you in mind of late nights staying awake watching The Twilight Zone.

Some of Paperless Pulp’s contributing writers are familiar to large audiences – Washington Post humor columnist Alexandra Petri created a story told entirely through voicemail – while others are up and coming authors scouted by Schlafstein (who directs all nine episodes) himself.

Flying V company member Seamus Sullivan penned the first story, titled Re: Oblivion, which takes listeners through a day at a typical office job where something menacing and unexpected is lurking in the supply closet.

Tying all nine episodes together is the character of Ivan the Archivist. As the first episode is introduced, we quickly learn that the year is 2184. Ivan is alone in a post-apocalyptic world. Having survived “the day we do not discuss,” he now spends his days scavenging for audio from the past that he then broadcasts to other survivors who – he hopes – are out there somewhere. The slow-building mystery of Ivan and the event that turned him into an audio archeologist frame each of the nine episodes of the series. 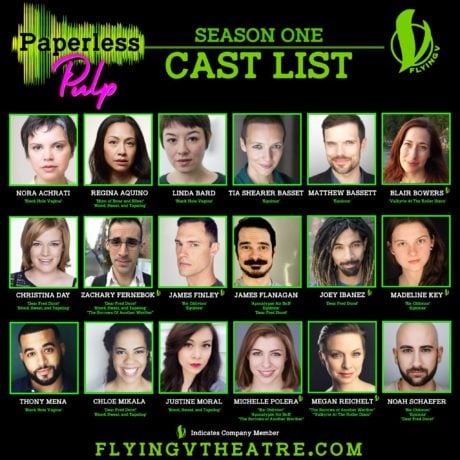 “The narrator character is trying to combat his own sense of loneliness which is what I think a lot of people in the real world are doing all the time,” Schlafstein said. “My competition as a theater maker is the night you spend alone scrolling YouTube in your room.” Schlafstein calls social media “the empty calories of social interaction.” A negative force he hopes to counteract.

The Flying V team was inspired to create a podcast when they realized they had attained many of their goals as a regional theater company. “Realistically if you are going to be a quirky non-profit theater company, there is a ceiling on what you can do, who you can reach,” he said. “A podcast gives us the freedom to go beyond that ceiling and to get beyond the geographic and temporal limitations of theater.”

Schlafstein is constantly looking for ways to bring new audiences to theater through the other niche entertainment groups that he loves. “Marvel, Disney, WWE (World Wrestling Entertainment), they took the core ideas of comics, animation, and wrestling and were able to expand beyond the limits to reach large numbers of people,” he said.

Through podcasts like Paperless Pulp, small companies of all sorts can produce their art for a much larger audience and not worry about the work disappearing when the curtain goes down.

Flying V’s Paperless Pulp Podcast can be found online and on all major streaming services (Apple Podcasts will pick it up after three episodes have aired). 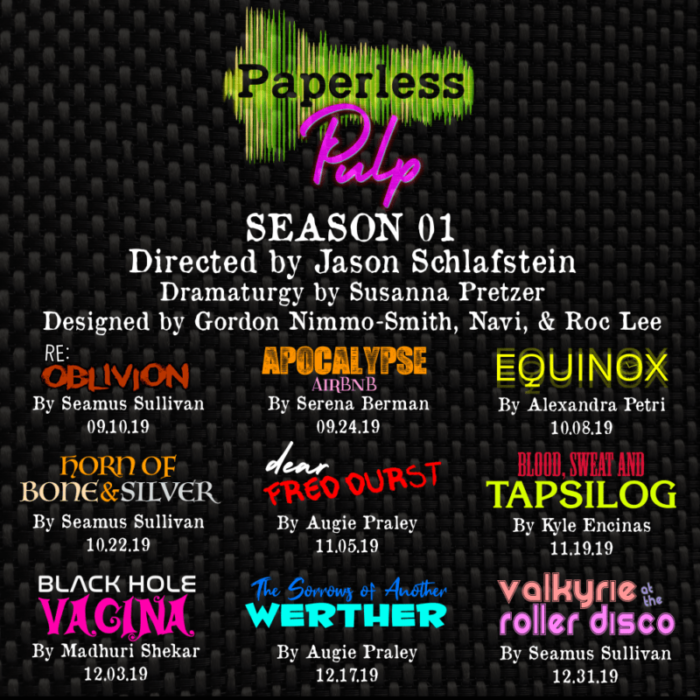