Singer/dancer/actress Bebe Neuwirth is not only a triple threat, she’s a multiple award-winning one. Among the honors she’s received are two Emmys for her role as Dr. Lilith Crane in the popular TV sit-coms Cheers and Frasier, and two Tonys for her performances in the Broadway revivals of Sweet Charity as Nickie (1986, Best Featured Actress in a Musical) and Chicago as Velma Kelly (1996, Best Leading Actress in a Musical) – the latter also earning her Drama Desk and Outer Critics Circle Awards. She would later return to the still-running show as Roxie Hart in 2006, and again as “Mama” Morton in 2014, thereby becoming the first person to play three different characters at three different times in a single production.

Neuwirth’s numerous stage and screen credits also include A Chorus Line, Damn Yankees, Dancin’, Little Me, Fosse, and The Addams Family on Broadway; recurrent roles in the television series The Good Wife, Madam Secretary, and Blue Bloods, among others; and appearances in more than two dozen films – the latest of which, Modern Persuasion (a post-modern adaptation of Jane Austen’s 1817 novel Persuasion), just finished shooting. And she is currently bringing her acclaimed talents to the regional stage in Philadelphia, performing the starring role of Emily Bridges in Obie Award-winning playwright Adam Bock’s A Small Fire with the Philadelphia Theatre Company, where longtime colleague and friend Paige Price serves as Producing Artistic Director.

In addition to her illustrious career as a performing artist, Neuwirth has also played a key role in several non-profit charity organizations. She was responsible for starting the Dancers’ Resource program at The Actors Fund, which addresses the financial and physical needs of professional dancers. She has supported Seeds of Peace, and as an animal lover, has contributed to Equine Advocates (a horse rescue group based in Chatham, New York) and Broadway Barks (an annual pet adoption event held in Shubert Alley, in the center of New York’s Theater District).

Bebe was gracious enough to make time during rehearsals in Philadelphia for a quick chat about her professional life, her charitable activities, and her personal attitudes about her experiences and her fame.

Bebe: Ahhh, it’s hard to say one thing. It’s a pretty profound event, and I’m so grateful for it.

None, really; they’re all characters, they’re not exactly me. But I try to get into their personalities and to understand them.

3. Is there any one trait you share with any of them?

Yes, I’m always the same height as my character!

No; hopefully it’s the one I’m doing at the time. It should be, to be fair to the audience. Obviously, though, I’m very comfortable with Fosse’s choreography.

Billy Flynn! But I have already performed “All I Care About” at a special event in New York.

I don’t know, we haven’t started performing yet, so I’ll have to get back to you. But I did perform in Philadelphia 40 years ago with A Chorus Line, and that was fun.

I hope my sense of humor!

My husband, when he’s not with me, and my cats.

I can, but I have not. Two of them don’t travel well at all, and one of them is just okay. I have to make THEM comfortable, not myself.

The best is knowing that we’re finding a home for all of these beautiful animals and opening people up to bringing them into their lives. Even if it doesn’t happen that day, they might begin to think about it and to adopt one after the event.

I really have to look at the cat first and get a feel for the personality; then the name comes.

The first would be Margot Fonteyn and the second Bob Fosse.

Theater, and dancing on the stage!

No, I hope they come with their hearts and minds open to experience this beautiful play. Don’t expect anything; experience it.

Ha, that’s funny! I keep thinking that fame is a fluid state – some people know me, and others have never heard of me. Certainly it’s a double-edged sword, and the more introverted a person is, the more profound that knife edge is.

Thanks, Bebe, for a fabulous fifteen minutes! I look forward to seeing you in Philadelphia at the PTC opening on October 23, and back at Broadway Barks in 2020! 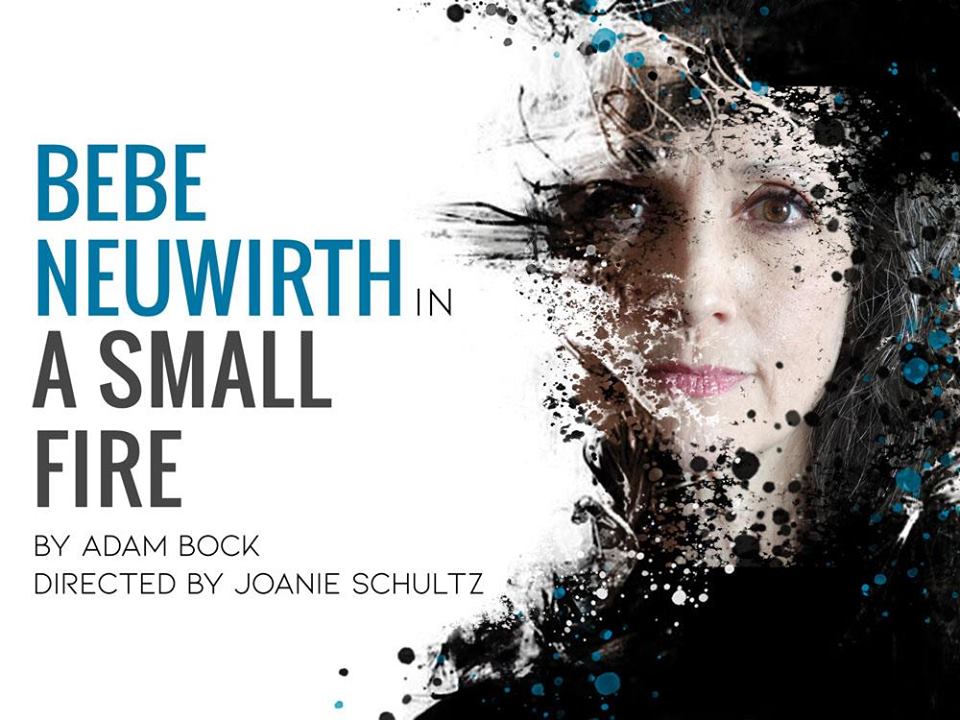