The duo will perform works by Beethoven, Strauss, and Cassado as part of this season-opening recital for the Stretto Chamber Music Series. The Jerusalem Post says, “Peled’s playing is sweepingly temperamental with a rich sound, and he is unreservedly immersed in the music,” and the Baltimore Sun describes his performances as “simply gorgeous sound.”

The Stretto Chamber Music Series provides a great opportunity to experience world-renowned artists in an intimate setting, as well as a wonderful opportunity to introduce family and friends to the joys of classical music. The concert will be followed by a reception. Goodwill donations are accepted and will be used to support artists participating in this series.

Israeli-American cellist, conductor, and pedagogue Amit Peled, a musician of profound artistry and charismatic stage presence, is acclaimed worldwide as one of the most exciting and virtuosic instrumentalists on the concert stage today.

Highlights of Peled’s 2019-2020 season include over twenty concerto appearances around the world; recitals with pianist Noreen Polera and Alon Goldstein; the world premiere of Joshua Bornfield’s Concerto for Cello and Choir with the Händel Choir of Baltimore; Haydn’s Cello Concerto at the Silver Lyre International Festival of Chamber Music in Saint Petersburg, Russia; the Elgar Cello Concerto with the Fundación de Orquestas Juveniles e Infantiles de Chile; and more. Peled’s conducting engagements include debuts with CityMusic Cleveland and the Peabody Symphony Orchestra as well as leading his own Mount Vernon Virtuosi. Peled also performs this season with the Goldstein-Peled-Fiterstein Trio in Washington, D.C.; Yellow Springs, Ohio; and New York, NY.

Peled is founder of the Amit Peled Cello Gang, a touring group composed of students from his studio at the Peabody Institute, where he has taught since 2003 and was one of the youngest professors ever hired by a major conservatory. Peled is also conductor and artistic director of the Mount Vernon Virtuosi, a chamber orchestra dedicated to launching the careers of recently graduated students. Peled is a founding member of the Tempest Trio with pianist Alon Goldstein and violinist Ilya Kaler.

Peled’s discography includes acclaimed CDs on the Naxos, Centaur, CAP, CTM Classics, and Delos labels. Upcoming album releases include a Cassado recording for Naxos and the second installment of the Bach Suites for CTM Classics. In 2017, Peled published a children’s book, A Cello Named Pablo.

Peled lives in Baltimore, Maryland and performs on the only known copy of the “Servais” Stradivarius by Vuillaume ca. 1865. From 2012 to 2018, Peled performed on the Pablo Casals 1733 Goffriller cello. For more information, visit www.amitpeled.com. 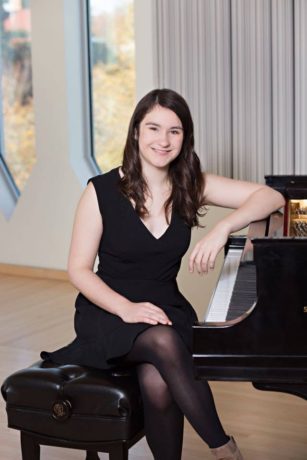 A native of North Carolina, pianist Allison Freeman is equally established as a soloist and collaborator. She earned her Master’s degree at the Peabody Conservatory of Johns Hopkins University as a student of Boris Slutsky, and completed her undergraduate studies with Alvin Chow at Oberlin Conservatory.

Allison has performed at the Southeastern Piano Festival, Meadowmount School Of Music, Bowdoin International Music Festival, Banff Centre for Arts and Creativity, and Beijing International Music Festival. As winner of the Richard R. Deas Concerto Competition, Allison has appeared as soloist with both the Wilmington Symphony Orchestra and the Wilmington Symphony Youth Orchestra.

While at Oberlin, Allison was a recipient of the Rudolf Serkin Prize. She was also named a winner in the 2015-16 Oberlin Senior Concerto Competition, and appeared as soloist with the Oberlin Orchestra.In addition to her pursuits as a soloist, Allison served as a graduate assistant at Peabody in accompanying, with a focus on string repertoire. She has served as a collaborative pianist for the Castleman Quartet Program, and currently serves as piano faculty at the Heifetz International Music Institute. In her free time, Allison enjoys running, rock climbing, and skydiving. 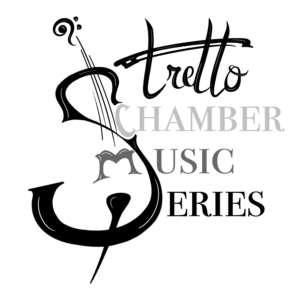 “Stretto” is a musical term with a two-fold meaning. The first meaning refers to the building of excitement through the acceleration of tempo and the second refers to multiple voices coming together to create a musical texture. The Stretto Chamber Music Series aims to unite communities through chamber music by bringing close friends and strangers together to have profound, meaningful and intimate experience of music performance.

Amit Peled with Allison Freeman is presented as part of the Stretto Chamber Music Series and will play at 4:30 pm on October 13, 2019, at St. Edward the Confessor Church—1940 Mitchellville Road in Bowie, Maryland. Visit strettochamber.org to find out more about this free performance and other upcoming concerts in this series.