Join LA TI DO for an intimate evening with YouTube sensation Natalie Weiss at Union Stage at The DC Wharf featuring Natalie Weiss with a live band. 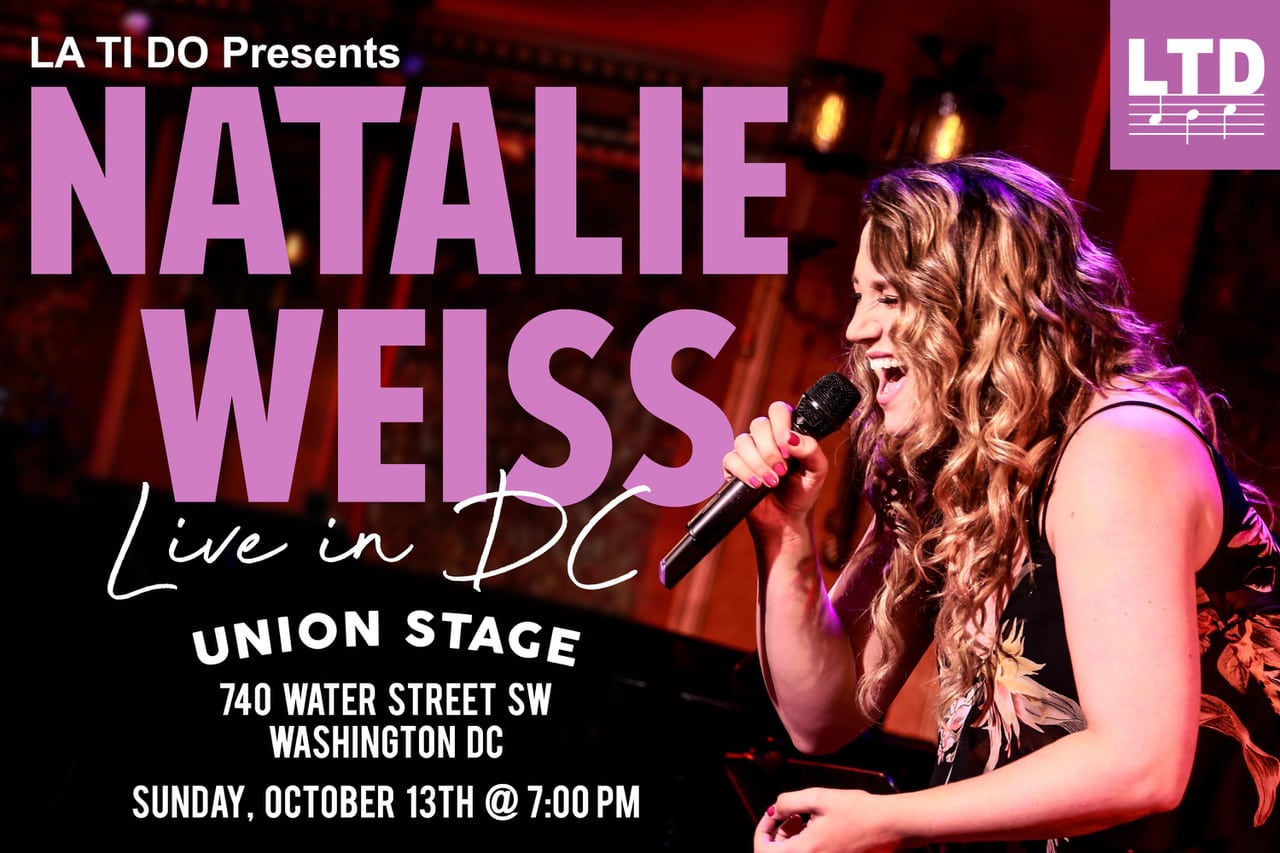 About Natalie Weiss:
Natalie Weiss gained an international following from her performance videos and popular YouTube web series, “Breaking Down The Riffs”. As a private vocal coach and master class teacher, she trains performers across the US and throughout the world. Natalie guides singers with her trademarked method to break down riffs & runs from pop icons and often refers to her mission as “Pop Singing For Dummies.”

Natalie is one of the most sought-after voices among new musical theatre writers and is a soloist on several albums by numerous new musical theatre composers. She is part of the vocal ensemble on the acclaimed soundtrack for The Greatest Showman, can be heard on the Original Broadway Cast Recording of Dear Evan Hansen as one of the Virtual Community Voices and is one of 4 singers on the main jingles for The Incredibles 2. Other credits include Everyday Rapture on Broadway, national tours of Les Miserables and Wicked and regional productions of Ghost and Chess. Natalie received her BFA in musical theatre from Penn State University. She has plans to develop an online riff course within the next few years. For more info, visit natalieweissofficial.com.

About La Ti Do:
Curated and hosted by Don Michael Mendoza and Regie Cabico, LA TI DO made its debut to a full house in Washington, DC on January 23, 2012, at The Black Fox Lounge in Dupont Circle. Since then, LA TI DO became DC’s premiere musical theatre cabaret and spoken word series to serve the artistic community on a monthly basis.

On June 9, 2013, the show then opened a touring chapter in New York City, made a special appearance at Feinstein’s/54 Below in 2015, and continues to present cabarets on a bi-monthly basis. In 2017, LA TI DO became LA TI DO Productions. On March 12, 2018, LA TI DO made its west coast premiere at The Three Clubs in Los Angeles, California.