In her U.S. premiere, rising Thai-Australian playwright Anchuli Felicia King takes a scathing look at the ugliness of the beauty industry in White Pearl, beginning November 6, 2019, at Studio Theatre and directed by Desdemona Chiang. 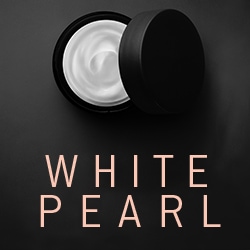 The draft ad for a new skin-whitening cream from Clearday, a fast-growing cosmetics startup based in Singapore, leaks on YouTube, amassing views and scorn that send the company’s all-female executive team into a frenzy as they try to contain the story before it hits the U.S.market. Scapegoats are named, cover-ups planned, press statements written, crisis meetings convened, and alliances forged as the six women try to make this nightmare disappear.

“You probably haven’t heard of Anchuli Felicia King yet, but this Thai-Australian writer is premiering three plays on three continents this season, and we’re thrilled to present the U.S. premiere of White Pearl at Studio,” said Studio’s Artistic Director David Muse.“Felicia’s dialogue is smart, fast, and vicious—I think DC is a great home for this story about corporate culture and accountability in a globalized age. Felicia says she wants to write like David Mamet, and I understand the comparison—she’s not afraid of ugliness and she’s interested in both the brutality of cutthroat capitalism and the stories of humans inside these larger systems.”

King was inspired to write the play after several racist advertisements—two for skin-whitening creams, another for laundry detergent—went viral in 2016. These ads became an entry point for a critique of global capitalism and corporate culture. King also drew from her international upbringing; she grew up in the Philippines, Thailand, and Australia, seeing ads like these with no public outcry. These influences coalesce in the “move fast and break things” culture of fictitious cosmetics company Clearday, whose Singapore headquarters gave King a setting to bring together very different kinds of Asian characters than she’d seen on stage before.

White Pearl had its world premiere at the Royal Court Theatre in London in May 2019. This fall, White Pearl will have its Australian premiere in a co-production between Sydney Theatre Company and the National Theatre of Parramatta and its US premiere at Studio Theatre.

About White Pearl
Clearday is a cosmetics company on the rise: Based in Singapore, launching a global skincare line, and bringing a start-up mentality to the big leagues. But a draft ad for their latest skin whitening cream surfaces on YouTube, gathering views and outrage. As morning nears in the US market—19,643 views. 467,327. 654,398.—Clearday’s all-female team hustles to contain the damage before Buzzfeed weighs in. Someone’s definitely getting fired. A comedy from rising Thai-Australian writer Anchuli Felicia King about toxic corporate culture, selling whiteness, and shame as both a cultural commodity and canny marketing strategy.

About Anchuli Felicia King
Anchuli Felicia King is a multidisciplinary artist of Thai-Australian descent who works primarily in live theatre. Felicia has worked as a writer, dramaturg, sound designer, projection designer and creative consultant with a wide range of companies including Punchdrunk, PlayCo, Roundabout Theater, 59E59, Ars Nova, the Obie Awards, The Builders Association, Ensemble Studio Theater, and Red Bull Theater. The Royal Court Theatre in London’s mainstage production of White Pearl marked her professional debut in May 2019. White Pearl also had its Australian premiere at Sydney Theatre Company in October and will have its US premiere at Studio Theatre in November 2019. Her play Golden Shield premiered at Melbourne Theatre Company in August 2019, making her the first writer to have their NEXTSTAGE commission produced. Felicia’s play Slaughterhouse was selected as part of Melbourne Theatre Company’s Cyber Electric 2018 readings. Slaughterhouse had its premiere in October 2019 at 25A at Belvoir Theatre. In 2019 Felicia’s play Keene was the recipient of the American Shakespeare Centre’s Shakespeare’s New Contemporaries Award and will be produced in 2020. Felicia explores linguistic hybrids, digital cultures, and issues of global urgency, and is a member of EST’s Youngblood Group, Ars Nova’s Play Group, and Roundabout’s Space Jam Program. Areas of interest include emerging technologies, 2D animation, VFX and projection design, music production, and writing for performance. Felicia works globally with companies such as Playwriting Australia (Sydney), Yellow Earth Theatre (London), House of North (Berlin), and SHIFT Festival (Shanghai).