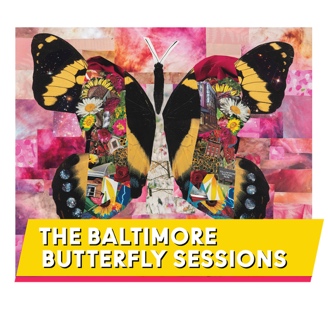 Inspired by Citizen University’s Civic Saturday series, The Baltimore Butterfly Sessions will catalyze conversation and build awareness around today’s most pressing issues. Tapping into some of the brightest voices around the nation and in Baltimore, each Butterfly Session will bring together artists, activists, organizers, and thinkers to unpack a civically resonant topic.

“Like so much of the world, Baltimore is in the midst of some really complicated and consequential conversations and I believe that arts institutions are uniquely positioned to participate. said Stephanie Ybarra, Artistic Director. “I am thrilled that Baltimore Center Stage will be hosting these joy-filled gatherings as we take another step towards becoming a home not only for thought-provoking plays but also for civic dialogue.”

The series is produced by Annalisa Dias, Baltimore Center Stage Director of Artistic Programs and Innovations.

The first Baltimore Butterfly Session will take place on October 28, 2019, at 7:00pm in the Deering Lobby, and is a part of Baltimore Center Stage’s season-long partnership with Olney Theatre Center called “Home,” in service of an unprecedented collaboration to engage communities throughout the State of Maryland in building awareness and creating opportunities for meaningful conversations about immigrant experiences and immigration issues.

A symbol of growth and emergence, transformation and borderless migration, butterflies remind society that tiny shifts in one place can set profound change in motion. Butterflies also have a special resonance in Baltimore. The city is sometimes referred to as a “Black Butterfly and White L,” according to Dr. Lawrence Brown of Morgan State University, who has eloquently written that “Baltimore’s hyper-segregated neighborhoods experience radically different realities.” Typically, Black neighborhoods fan out to the east and west resembling the shape of a butterfly while white neighborhoods run down the center of the city in the shape of an “L.”