Aerialists and acrobats, big tops and bicycles, cotton candy, cats, and clowns – the ABC’s of 21st-century circus-arts entertainment can be enjoyed by one and all with the return of New York’s own Big Apple Circus to Lincoln Center’s Damrosch Park for its 42nd fun-filled season of intimate, inclusive, and accessible delights. This year’s brand new two-act family-friendly extravaganza (with designated “Circus for All” and “Circus of the Senses” initiatives on select dates, offering affordable tickets to underserved schools and community groups, and enhanced and calming performances for audiences with special sensory needs) is led by Brooklyn-born singer Storm Marrero, who serves as Ringmaster, delivers some powerhouse vocals in both English and Spanish, and introduces a diverse array of astonishing performers (human, feline, and equine, with no wild, exotic, or endangered species presented or exploited) from NYC and around the globe.

Directed by the mother/son team of Cecil MacKinnon & Jack Marsh, the present show, paying homage to the artistic spirit of New York, features (in addition to selections of well-known popular songs) original compositions by Drama Desk-Award nominee Ada Westfall, with music direction by Wages Argott and additional music by Janine Delwarte, colorful lighting by Jesse Aford, and spectacular glittering costumes by the Tony-nominated Emilio Sosa, all designed to enhance the dramatic, comedic, and theatrical thrills of the one-ring circus. The festivities begin even before show time, in a themed entry space inside the tent, filled with interactive experiences, souvenirs, food and beverages, in an old-time atmosphere that transports us to the golden age of the circus. For a slightly higher entrance fee, or with the purchase of ringside seats, VIP tickets give access to the exclusive Circus Lounge, with private restrooms, unlimited popcorn and cotton candy, a complimentary drink of your choice (alcoholic or non-alcoholic), and up-close-and-personal encounters and photo ops with the circus stars in a warm and welcoming vintage-style environment.

Once the main attraction starts, the wows never stop. The sensational feats include high-flying aerial acrobatics on the Russian Barre by The Aliev Troupe; a dangerous high-wire act employing a jump rope, unicycle, bicycles, and chair by The Lopez Troupe; a death-defying routine on aerial straps, performed without a net, by Circus Bingo Straps; agile hand-balancing, exhibiting extraordinary upper-body strength, by the duo Dupla Mão Na Roda; aerodynamic climbing and swinging on a vertical Chinese pole by The Explosion Duo; and Jayson Dominguez spinning, jumping, and somersaulting on a rotating Wheel of Death. There are also acrobatic stunts on horseback by the Trick Riders (sadly still brandishing whips during the performance) and a beautifully graceful, airy, and gentle segment of umbrella juggling by its inventor Kyle Driggs. Each and every one is guaranteed to take your breath away.

Along with the outstanding physical skills on display are a funny scene by 79-year-old comic acrobat and circus scholar Hovey Burgess, and appearances by Brooklyn-based comedian Amy Gordon interspersed throughout the show, in the hilarious role of Pidge the Pigeon – bobbing her head and strutting, learning to fly, making clever jokes and word plays, and doing what pigeons do best (that we all hope they don’t do on us!). And stealing my heart, and those of all the pet lovers in the audience, are the Savitsky Cats, who came to fame as finalists on the TV competition series America’s Got Talent. Making their New York debut, the adorable (but not always cooperative!) kitties elicit laughs and awwws with their tricks on ladder, tube, and pole, jumping over each other and through a hoop, and walking upright on their hind legs. When they feel like it.

Aside from being a whole lot of eye-popping gasp-inducing laugh-out-loud fun, Big Apple Circus offers the perfect combination of tradition and innovation, presenting a time-honored genre for all ages with a contemporary focus on inclusivity and diversity, and a different roster of acts and artistic stylings with each new season. I loved it, and can’t wait to see what they have in store for us next year! 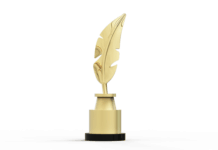