Promoted as “a singer’s best friend,” Harmony Helper is a brand new app designed to provide musical theater performers and vocalists of all genres with the convenience and control of a digital rehearsal room, accessible from anywhere, any time of the day or night. Founded by CEO Andrew Goren in 2017, the innovative tool was developed by a team of technologists, entrepreneurs, and Broadway professionals, including Tony Award-nominated actor Rob McClure, to alleviate some of the stress, expense, and time constraints of learning vocal harmonies through its novel five-step approach to mastering a song.

Now in rehearsals for the Broadway premiere of the musical stage adaptation of Mrs. Doubtfire, following his acclaimed run in the featured role of Adam Maitland in Beetlejuice, Rob took the time last week, before its official launch this morning, to give me a quick explanation of the background of Harmony Helper, the features of its cutting-edge technology (including sheet music scanning, vocal part customization and control, and real-time feedback), and its benefits to the theater artists using it.

Deb: How did you first become involved in this project?

Rob: I was taking on private students as an acting and singing teacher, and Andrew Goren, who was fifteen at the time – about five or six years ago – was one of them. When we worked on singing harmonies, he did fine, as long as no one was singing a different part beside him. However, when he sang his part along with other singers on melody or different harmonies, it was difficult for him to hold onto his part. He asked me how to do it, and I told him that the only way to acquire an ear for it was to practice, a lot. So at that point he began the process of creating an app to facilitate rehearsal for performers at any level.

How easy or difficult is it to use? Can you walk us through the process?

Luckily it’s very easy and super intuitive! For anyone who isn’t fluent in the language of sheet music, the app essentially serves as a translator. Using our revolutionary technology, you simply take a photo of your sheet music right on your phone, or import an existing PDF or MusicXML file, and drop it into the app, which then scans, sight-reads, and separates it into accompaniment and vocal parts, allowing you to hear them individually or with custom volume levels for each. You can do it on your own time, in your own setting, so you don’t feel insecure about not getting it right immediately, and in front of other people. The app also listens to you singing, and gives real-time feedback on your pitch and rhythm in the privacy of your own home, turning it into a private rehearsal studio.

What professional and personal benefits have you gotten from using it?

I should tell you that I’ve been using it in preparation for Mrs. Doubtfire, saving me valuable time and money. But it’s not just my time, it’s also other people’s time. This industry expects you to learn music quickly. Normally, in preparation for any rehearsal or audition, you would have to acquire a rehearsal studio with a piano, track down and pay an accompanist friend, and have them plunk your part note by note while you record it with the voice memo app on your phone. This form of learning takes forever and doesn’t allow for any feedback or customization. The amount of time and money I’ve saved by being able to do all of that and more on my own with our app has been huge! It’s also beneficial to the shows’ music directors, who don’t have to waste time plunking out pitches for the first week of rehearsal and can spend that time making actual music, focusing on things like dynamics, intonation, and cutoffs.

Does it, or will it, address the issue of vocal injuries, which has become a serious problem in musical theater, but one that’s not often discussed?

It doesn’t address it directly, but it allows you to work on things like range privately, so you don’t feel the need to have to exert yourself or strain your voice in public. It takes away the pressure, and since it’s generally stress that causes vocal injuries, the app is extremely helpful because it eliminates all of that. Harmony Helper creates a judgment-free zone.

Many thanks, Rob, for introducing our readers and your fellow artists to this new and promising development in musical technology. We look forward to hearing the results of your rehearsals on it in Mrs. Doubtfire!

For more information about Harmony Helper, visit the website, or you can download the app at Google Play or the Apple App Store. 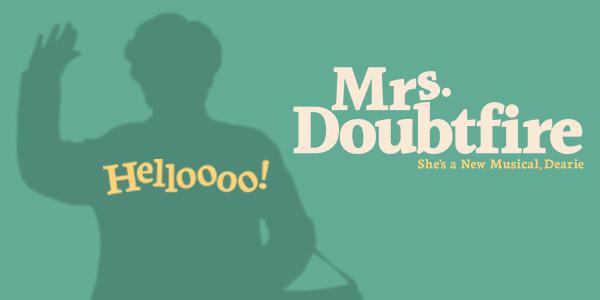