Part biography, part history lesson, and part turn-out-the-vote rally, Manhattan Theatre Club’s world premiere of Bella Bella, written and performed by Tony Awards favorite Harvey Fierstein, pays tribute to the legendary New York politician, lawyer, activist, and feminist Bella Abzug (1920-98) with love, laughs, and timely relevance, in a limited engagement at New York City Center. Directed with gusto by Kimberly Senior, Fierstein’s first-person direct-address monologue, based on “the words and works” of “beautiful” Bella, traces the personal life and public career of the feisty reformer with all of the chutzpah for which she was known.

It’s September 1976, 2 am, and candidate Bella Abzug is awaiting the final results of election night in her run for the New York State Senate; should she win, she would be the first woman in history to hold that position (she didn’t). Holed up in the bathroom of her hotel room at The Summit on the Upper East Side, she reflects on where she came from, what she’s done, and how she got there, and considers what she wants for our country and what she finds unacceptable – the pressing human issues that motivated her entry into the political arena.

From her clever campaign slogan (“This woman’s place is in the house – The House of Representatives”) to her impassioned advocacy for women’s rights, civil rights, gay rights, and abortion rights, the show provides an important recap of Abzug’s groundbreaking contributions to the advances made in our recent history. It also presents her no-holds-barred exposé of what’s gone wrong – noted in her fervent stance against discrimination, war, and dirty politics, along with her outspoken criticisms of fellow politicians and former Presidents (calling out everyone from FDR and Harry Truman to JFK, LBJ, and Gerald Ford) – and her female-centric suggestions on how to fix it (with her call for women to change “the nature of power, not let power change the nature of women”).

Fierstein’s solo performance delivers both the fire and commitment of “Battling Bella” and her forthright sense of humor, in their shared New York accent and language peppered with Yiddish expressions and occasional expletives. He moves actively around the stage, fervently talking with his hands and making readily legible facial expressions that capture the energy and emotion that the real-life Abzug exuded, pointing at people in the audience and asking rhetorical questions to keep us fully involved in her captivating story and responding to her outgoing larger-than-life persona. And he notably shifts from the generally high-decibel level and upbeat mood to a somber tone of profound gravity when discussing her devastating defeat in the legal appeals of Willie McGee (executed in 1951 under the heinous Jim Crow laws of the old South), and later to a moment of sober realization that “I’m gonna lose” the bid for State Senator, by a margin of less than 1%, due to the machinations of her party and the press.

The show’s design is effective in its recreation of the hotel exterior and bathroom, strewn with Bella’s hat boxes, luggage, and campaign signs (set by John Lee Beatty) and a costume (by Rita Ryack) featuring her signature hat (which, she tells us, she began to wear to distinguish herself, in the eyes of her male colleagues, from their female assistants, since “no one would tell a woman in a hat and gloves to go fetch them coffee”). Fierstein appears not in drag, but in a black shirt and pants, with just the hat and black nail polish on his bare feet to identify his female character. But then there’s that elephant in the room. With his obvious respect for Bella Abzug and her lifelong fight for equality, is it appropriate for a man to play her part, thereby taking a powerful leading role away from a woman, when there are comparatively few strong female characters written for women to play? But he does it so well, in an entertaining and compelling non-stop 90 minutes filled with empathy, wit, and admiration.

At a time in our country when so many of Abzug’s progressive actions are in danger of being reversed, Harvey Fierstein reminds us that our votes count and one woman (or a man who supports her causes) can make a difference – especially one with the dedication and drive celebrated in MTC’s inspiring production of Bella Bella. 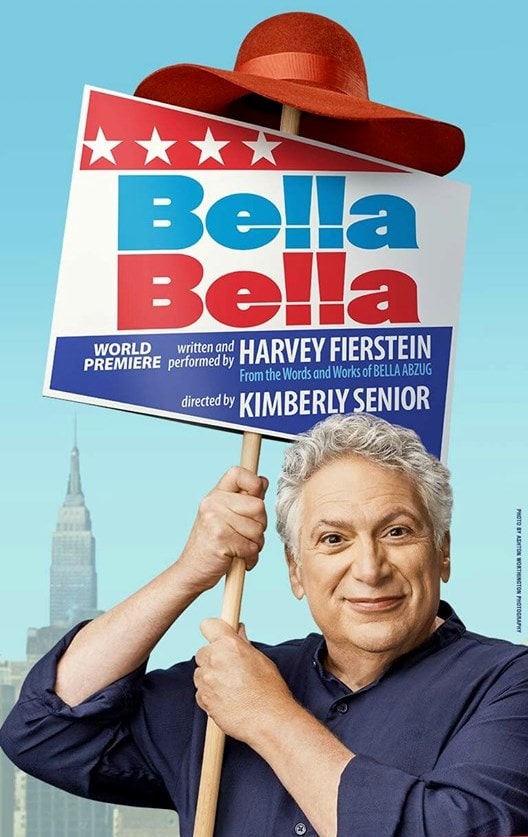 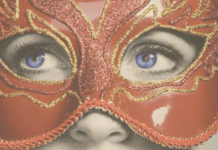 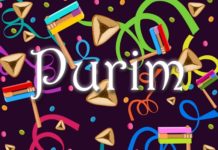