Following in the footsteps of SUMMER: The Donna Summer Musical, The Cher Show, and the rash of jukebox bios that have permeated Broadway over the past several years, Tina: The Tina Turner Musical pays homage to yet another pop-culture icon of the baby-boomer generation at the Lunt-Fontanne Theatre (which also housed SUMMER). As per the genre’s established formula, the book (by Katori Hall, with Frank Ketelaar and Kees Prins) and music (by a roster of contemporary songwriters) recap the highs and lows of Turner’s life and career (presented in association with the living legend herself) for a built-in audience of her fans (who can no longer enjoy live performances by the retired 80-year-old “Queen of Rock ‘n’ Roll”).

Directed by Phyllida Lloyd, a large featured cast, ensemble, and orchestra (with music direction by Nicholas Skilbeck) trace the story, framed in the format of a memory play, of the eleven-time Grammy winner thinking back on her neglected and troubled childhood as Anna Mae Bullock in Nutbush, Tennessee, her violently abusive sixteen-year relationship and rise to fame with Ike Turner (who renamed her in his honor), and her ultimate triumph as a solo artist (purportedly selling more concert tickets than any one singer in history) and re-emergence as an emancipated woman, who took charge of her successful transformation and would no longer tolerate maltreatment from anyone.

As expected in a work of this type, the dramatically synopsized biography is tied together by the star’s hit songs, not always performed in strictly chronological order, but inserted according to the moods and content of the events depicted (e.g., “Better Be Good To Me,” released by Turner in 1984, is placed in the scene of Ike’s marriage proposal to her in the early ‘60s; for the record, he wasn’t) and followed by a concert-style encore after the cast has taken its final bows (acknowledging that the covers of Turner’s hits are the main draw). Despite such anachronisms (and interpolations of Buddhist chants and visions of figures from her past), Lloyd’s transitions from scene to scene are fluid and compelling, and, for the most part, keep the central narrative on track.

Also in keeping with the familiar ingredients of the jukebox musical is the dazzling artistic design. A spectacular array of costumes and sets (Mark Thompson), wigs, hairstyles, and make-up (Campbell Young Associates), lighting (Bruno Poet), and projections (Jeff Sugg) creates authentic evocations of the period and the eponymous star, from the modest mid-century dresses of her youth to the glittering wardrobe and immersive reflector balls of the disco era.

Speaking of stars, Adrienne Warren turns in a blazing performance in the titular role that is sure to earn her a number of well-deserved award nominations (and likely wins). In addition to her powerhouse vocals and dynamic dance moves (with spot-on choreography by Anthony Van Laast), her portrayal is not just an impersonation (at which she is expert, in recreating Turner’s famous voice, movements, and attitude), but an empathetic characterization of her hard-won battles in the racist, misogynist, and ageist times she experienced.

Warren is supported by the stellar Broadway debut of Skye Dakota Turner as the young Anna Mae, whose astonishingly strong and soulful voice is the equal to that of her real-life character. Other standouts in the across-the-board excellent cast are Dawnn Lewis as her uncaring and overly critical estranged mother Zelma; Myra Lucretia Taylor as Gran Georgeanna, the resilient grandmother who took her in then sent her away for a chance at a better life; and Daniel J. Watson as Ike Turner, capturing his look and style, and delivering his uncontrolled rage and brutality, flagrant womanizing (in the century before the #MeToo and #TimesUp movements), habitual drug use (which would eventually kill him; he died of a cocaine overdose in 2007), and eventual desperation (combined with a willful refusal to say I’m sorry).

The most significant issue raised in the show is the psychology of domestic abuse, and the burning question of why Tina would have entered into a toxic relationship with Ike (when she was already well aware of his behavior) and then remain in it for sixteen years as the victim, ignoring the advice of friends, colleagues, and a love interest. There are no clear-cut answers provided here, but there are indications.

As the unwanted child of abusive parents, the brutal situation was familiar and the pain of abandonment lingered (in her long-kept promise never to leave Ike). Those were different times, and it wasn’t easy for a woman, especially a black woman, to make it on her own. She also had two sons, and saw them as a reason to stay (to which her concerned friend Rhonda, played by Jessica Rush, responds, “No, they are why you go.”). Interwoven with all of that is her blind ambition to make it in the business (though as the star attraction of The Ike & Tina Turner Revue she never got her paycheck or the respect she was due from him). The thoughts and feelings are complex, and the production leaves us without a solid answer.

Though this rapid-fire jukebox account has a happy ending, others do not. There’s a lot to enjoy in the show, and, maybe, something to be learned from it. Along with the entertainment value of its high-energy numbers, terrific performances, and eye-popping design, Tina: The Tina Turner Musical presents a disturbing example of the horrors of domestic abuse and the need for action in the face of it. 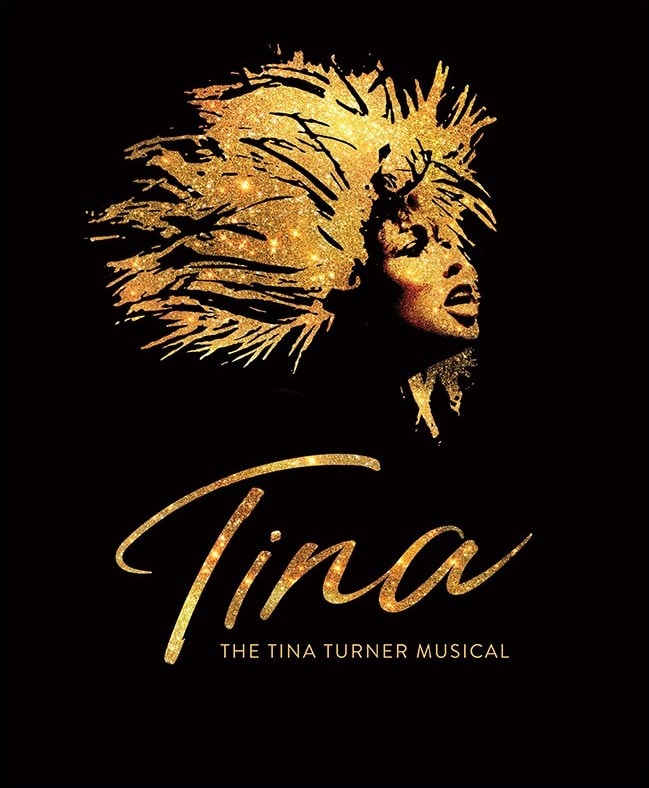