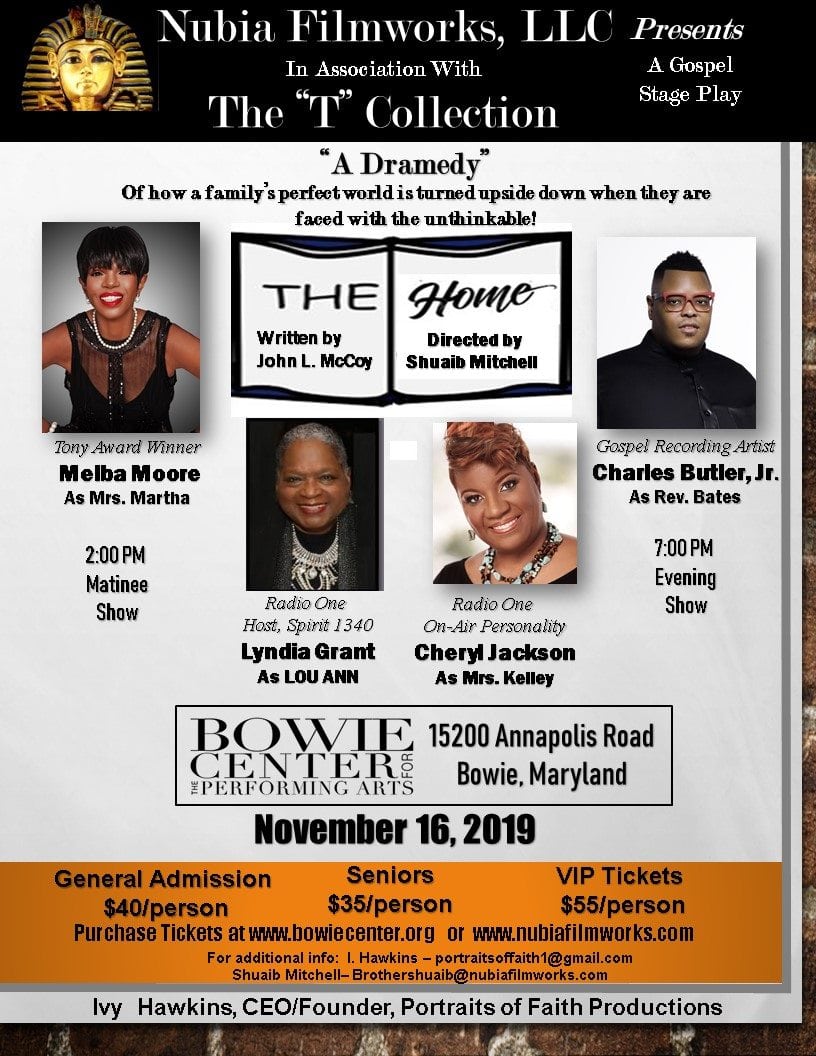 The eldest member of the Thompson family, Mama Lizzie, is at the center of The Home. Played with grace and style by Judy Leak, Mama Lizzie experiences a litany of mishaps caused by her Alzheimer’s including cooking for a deceased husband and putting salt in a sugar dish. At her core, Mama Lizzie wants to make her own decisions before her disease claims her mind. Leak has a good turn singing Sam Cooke’s “A Change is Going to Come.”

Sowande Tichawonna marvelously plays Mama Lizzie’s son Charlie, who is so blinded by guilt, that he has trouble even discussing the possibility of placing his mother in a nursing home. Tichawonna exceeds in scenes with Leak and Wanda Moody, who plays his wife Gloria.

Fred Strother (from HBO’s The Wire) provides a touch of comedy to The Home as Greenwood Senior Care facility resident Banks, a wheel-chair-bound curmudgeon who verbally spars with the lady residents in particular, and especially with Moore’s character Martha. Banks at one point laments: “I ain’t got no friends. I ain’t got no family. I ain’t got no toenails.”

Moore unleashes her five-octave range on “Lean on Jesus,” bringing many of the audience members to their feet as she soars atop the highest of the high notes. She is joined on “Lean on Jesus” by singer/songwriter Steve Darby, who also plays Greenwood resident Sam, a mute widower.

The fantastic Eli-El and the wonderful Annette James play the other two of Mama Lizzie’s kids, Michael and Shirley respectively. Michael and Shirley are always too busy to visit their mother, making for awkward scenes with them and the rest of the Thompson clan.

There were a few minor problems such as a long wait before the scene in which Charlie consults with Mrs. Sattlewhite, a counselor. Due to a technical glitch, most likely, some of the actors were hard to hear at times.

Mitchell and Assistant Director/Co-Producer Ivy Hawkins ensured that the cast picked up their cues with alacrity. At one point, when Mama Lizzie was lost, Mitchell had his actors use the audience’s space, and ask a few audience members, to help find her.

Note: The Home will tour in select cities throughout the nation in 2020. Visit Nubia Filmworks to find out more.