It’s father versus son in Harry Townsend’s Last Stand, George Eastman’s new play about coming to terms with aging and dealing with an elderly parent, now playing a limited Off-Broadway engagement at New York City Center. Directed by Karen Carpenter, the seriocomic two-hander takes a look at a familiar familial situation that most of us will eventually face, with the jokey banter of a sit-com and the sentimental recollections of a tearjerker.

Stage and screen legend Len Cariou (Broadway’s Sweeney Todd; TV’s Blue Bloods) stars in the titular role of the octogenarian widower visited by his adult son Alan, played by the popular Craig Bierko (The Music Man; UnREAL), for the first time in over a year. Though he lives alone in the Vermont home he shared with his beloved wife, in a community he helped build with a group of his now-deceased friends and fellow residents, and still maintains a zest for life and a love of talking, the outgoing elder has become prone to falling, somewhat forgetful, and increasingly dependent on the daily caregiving of his daughter Sarah (who is referred to but not seen in the show). When Sarah leaves for a weekend in New York with her husband, Alan arrives from California (where he lives and works) with an agenda that is not well received by Harry, setting off sparks between them, a maelstrom of family dynamics, and a need to re-evaluate his situation.

The old-fashioned stylings of the production’s design suit Harry’s advanced age. His mid-century house and furnishings (set by Lauren Helpern) have a lived-in look, pendant lights and a table lamp evoke the use of outdated incandescent bulbs (warm lighting by Jeff Davis), and his comfy brown corduroy pants, plaid shirts, and cane contrast with Alan’s upscale business suit, organic sweater, and clean white sneakers (costumes by David C. Woolard), while chirping birds and background music from his era, including the nostalgic “Autumn Leaves,” provide a soothing soundscape (sound design by John Gromada).

Much of the dialogue, too, recalls an earlier time, with Harry’s ribald sex-obsessed (and sometimes sexist) conversation, feisty expletives, expressed taste for whiskey, loving memories of his wife, and fond recollections of the past, which, he occasionally confuses with the present. Cariou, now 80, had noticeable difficulty remembering his lines at the press performance I attended (which, fortunately, was not out of line with his character), but engagingly embodies his fun-loving spirit and irascible temperament, while also capturing the signs of physical deterioration and senile dementia that he is reluctant to acknowledge.

Bierko’s Alan reacts to Harry with a mixture of emotional distance, visible frustration, amusement, and concern, all readily legible in his wry facial expressions, raised eyebrows, and the tone of his voice. He becomes angry when dredging up feelings from their past strained relationship, but is confident and reassuring about the need to move forward, and ultimately touched and loving when they bond over shared memories from his childhood, as the tone of the play shifts from the flippant barrage of one-liners in Act I to the bittersweet sentimentality with which it closes.

Although much of Eastman’s script is more suggestive of the lightness of a TV show than the depth of a theatrical work, and the resolution of his characters’ dysfunction comes much too quickly, there are some meaningful passages in Harry Townsend’s Last Stand that are especially affecting and relatable (one of the most beautiful segments is Harry’s explanation of the significance of his home, which is so much more to him than just a physical dwelling). And it provides an opportunity for fans of the stars to see them back live on the New York stage, not just in their favorite roles on the small screen. 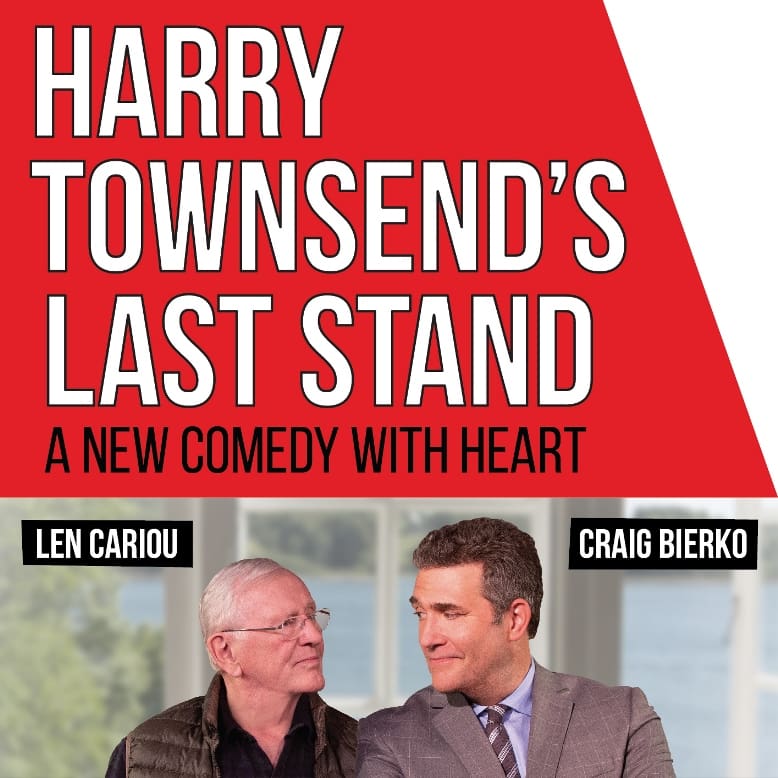