After two sell-out previews and a spectacular run at the Tennessee Williams Festival in Provincetown, The Lady from the Village of Falling Flowers pops up at the trendy Shaw-neighborhood speakeasy Baby Wale December 9 to 18, 2019, and returns to Spooky Action Theater for two kid-friendly performances January 12 and 19, 2020.

The Lady from the Village of Falling Flowers is a good option both for adults who want to enjoy a lively performance in a bar/restaurant space and toast Williams with a free drink, and for parents who want to share with their kids a fanciful tale from ancient Japan in a traditional theater.

The play was written in the spring of 1935 when Williams was a student at the University of Missouri, but there is no record of The Lady from the Village of Falling Flowers being submitted for class. The manuscript cover page states, “The title is suggested by the name of a character in Lady Murasaki’s ‘Tale of Genji.’” The source material, written by Murasaki around 1020 in archaic Japanese and popularized in the 1930s by Arthur Waley’s English version, prompted Williams’s imagination to soar. The story of the Lady is Williams’s own, graced with quick-witted humor and a true flirt’s love for a dramatic reversal. 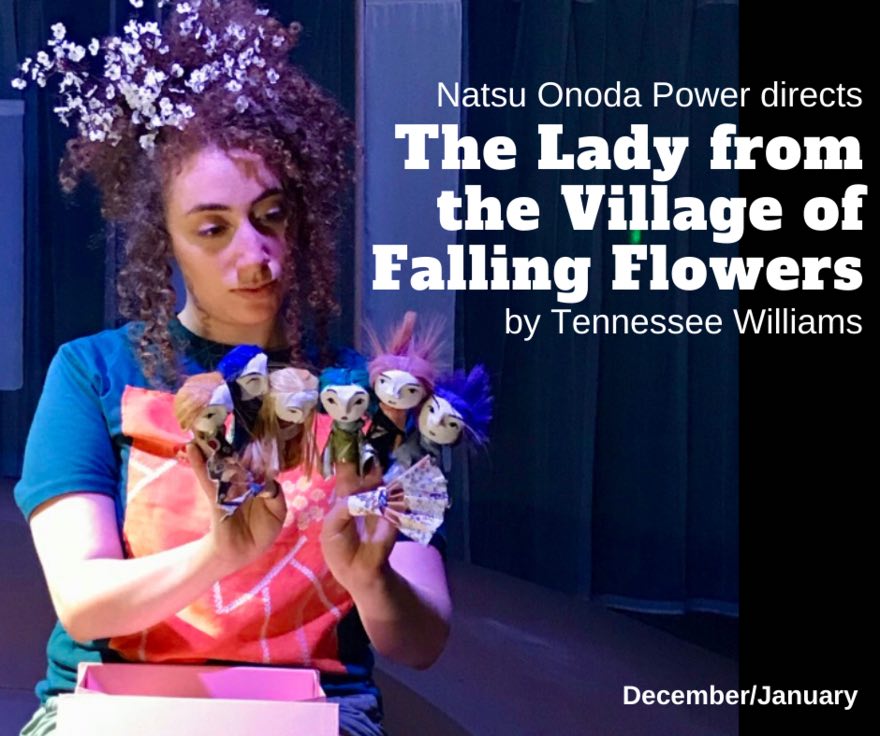 In Natsu Onoda Power’s hands, The Lady from the Village of Falling Flowers becomes an innovative event that mixes Japanese kamishibai style street theater with puppets and storytelling performers.

“This play is a playful study of, or homage to, Japanese Heian-era literature with Williams’s own added flavor,” describes Power, who is working with Spooky Action after receiving two Helen Hayes Awards for The Lathe of Heaven. “We have created an intimate spectacle (designed for small audiences) borrowing vocabularies and conventions from kamishibai (Japanese street storytelling performance with illustrated placards), puppetry and comics/graphic novels.”

The Lady from the Village of Falling Flowers presented by Spooky Action Theatre plays December 9 to 18, 2019, at Baby Wale, 1124 9th Street NW, Washington, DC. (Note that no dinner is served on Sundays.)

Tickets for both venues are available online. For details and more information go to spookyaction.org or call 202-248-0301.