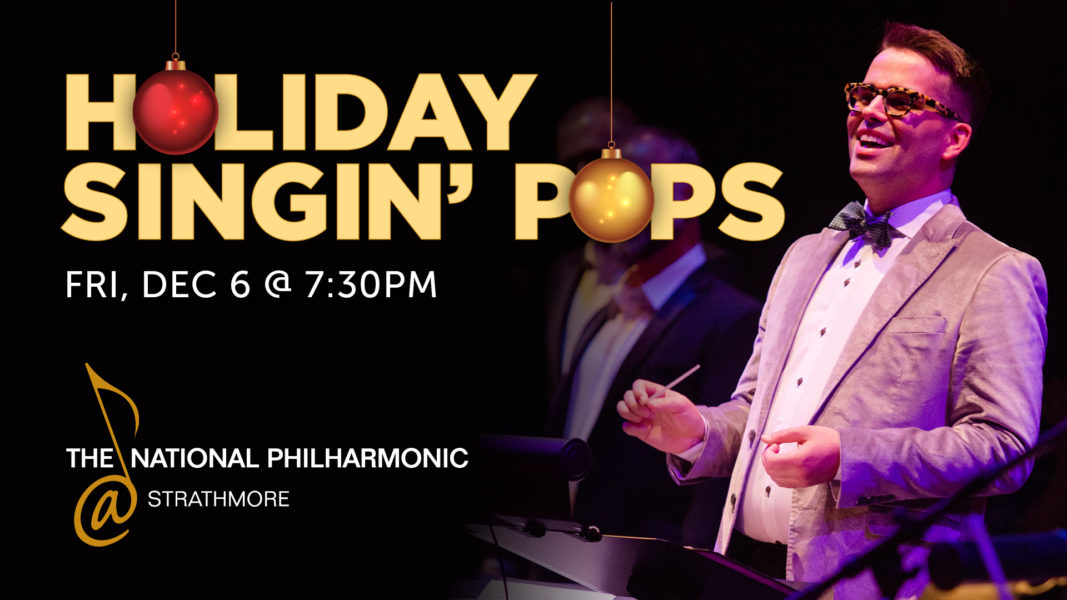 The two-act show showcased three singers (Ali Ewoldt, Hilary Morrow, Kevin Rose), an 8-year-old tap dancer (Addalie Burns), and the National Philharmonic Chorale. The stage was beautifully set with three lit Christmas trees and lighted garlands in the back and featured 14 songs with a mix of traditional classics and contemporary songs like George Michael’s “Last Christmas.” Santa Claus made a special appearance before the show and returned for the last song.

Burns enthusiastically and expertly tapped her way through “Rudolph” with joyous applause by the audience.

Morrow displayed her skills as a chanteuse purring the song “Santa Baby/ Let Me Entertain You,” a medley of an Eartha Kitt and the musical Gypsy. She embodied the song with body language and facial expressions. Someone buy this woman a yacht for Christmas. She deserves it after that song rendition.

The finale of “O’ Holy Night” with Ewoldt and chorus brought tears to my eyes. It was like they were singing so loud and so high that the heavens could hear them. The sopranos in the chorus brought the spine-tingling chills to a new height. Ewoldt also wore beautiful costumes through-out the night.

Holiday Singin’ Pops performed one night only on December 6, 2019, at the Music Center at Strathmore, 5301 Tuckerman Lane in Bethesda, MD.