Tumultuous times call out for audacity in the performing arts. And Brave Spirits Theatre (BST) has boldly marked its territory for the next two years. Over the 2020 and 2021 seasons, Brave Spirits will make history by becoming the first professional American theatre company to mount full productions of eight of Shakespeare’s epic histories in repertory.

“More and more I am led to believe that it is our responsibility as artists to acknowledge the harm contained in Shakespeare – the sexism and the racism inherent in the texts – and to grapple with these elements alongside our engagement with his genius and his facility for language and expression,” said Charlene V. Smith, Artistic Director, Brave Spirits in a recent conversation. “The fact that his own works can bear such examination and even lead to richer productions and performances in return, amazes me.”

That was my introduction to Brave Spirits’ upcoming production of Richard II. And something larger: way larger. “I don’t think many theater companies dare what we are daring, especially at our budget level. For a non-equity company to take on a project of this size is virtually unheard of,” continued Smith.

The Bard’s plays capture chaos and violence, as well as the very nature of disorder and unsteady Royal leadership.  The plays depict a chaotic period of English history starting in the late 1300s and continuing for almost a century, including the unrest of the Wars of the Roses.

Brave Spirits will be viewing its cycle of Shakespeare plays “through a specifically feminist lens.” The productions are expected to have a “distinctly American stamp” and be staged in the BST’s “signature actor-driven, intimate, and dark style,” added Smith. The cycle of plays also aims at considering how race and gender influence struggles for power. 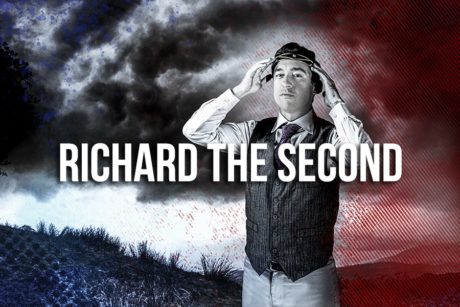 Moving beyond English history as written by William Shakespeare, Smith added, “We are living in a time in American politics where a conversation about what is treason and who is a traitor is happening in our daily lives. We are asking questions about what we do when our leaders are unfit to rule, and what we do when citizens disagree over whether leaders are fit or unfit.”

DCMTA’s conversation with Smith continues below:

David Siegel: What was the initial impetus for Brave Spirits to stage the eight plays in repertory?

Charlene Smith: In 2008, I was fortunate enough to fly to London to see a marathon performance of the Royal Shakespeare Company’s The Histories, under the direction of Michael Boyd. Seeing these eight plays in four days was a profound experience. I was already a lover of Shakespeare and a fan of his history plays, but seeing them all together only amplified their dramatic and poetic power. As an audience member, you spent so much time with those characters and the actors who played them that you really felt like part of the ensemble — that you had all experienced something together. In many ways, BST’s histories cycle has been more than ten years in the making, because I left those RSC shows knowing that one day I wanted to give to audiences what I had been given.

What have been some of the challenges you had to overcome?

This project has stretched Brave Spirits Theatre, and the involved artists and administrators, in every way imaginable. BST has tripled its yearly budget in order to support the Histories, and even with that we are still financially a tiny company. I don’t think many theater companies dare what we are daring, especially at our budget level. For a non-equity company to take on a project of this size is virtually unheard of. We’ve been lucky to receive a lot of support from our current fans and donors, as well as many donors who have never seen a BST production before, but want to see a histories cycle here in America. And one of the primary reasons I wanted to take this project on was because of the dedicated, extremely talented designers and performers I get to work with and whose artistry I deeply believe in.

Why do you think that the plays you have selected to stage can inform current audiences on issues related to race and gender and “the struggle for power in American society”?

In the opening scene of Richard the Second Henry Bolingbroke accuses Thomas Mowbray of treason. This accusation, and the events that led to it, are the catalyst for the entire eight-play cycle.

As we’ve been preparing these first four plays, we’ve been focusing a lot on how power is obtained, held, and abused, and specifically what these actions look like when they are perpetrated by white men. Our productions seek to highlight how this kind of power always comes at the expense of someone else, and to provide dignity to the characters who inhabit the world around these kings and are forced to bear the consequences of the kings’ actions.

If you could invite audiences to take in Richard The Second as their entry to the full The King’s Shadow, what would you say to them?

I love Richard the Second. I think it is one of Shakespeare’s most underappreciated works and is funnier than it is given credit for being. It contains some of Shakespeare’s best writing — the poetry and language play is often stunning. Also within the context of this tetralogy of plays, seeing Richard the Second will give you greater appreciation for the characters of Henry IV and Northumberland, who turn against each other in the next play. Richard the Second is a gorgeous play in its own right, while also having some delightful Easter eggs for audiences to return to for the rest of the cycle.

Richard the Second, presented by Brave Spirits Theatre, runs in repertory from January 2 through April 18, 2020, at The Lab at Convergence – 1819 North Quaker Lane, Alexandria, VA. For details about the full two-year repertory series and to purchase tickets, go online.

Note: The King’s Shadow has 119 characters across these four plays. At last count, this ensemble speaks 8,652 lines. There are sixteen characters to watch for in this tetralogy that appear in multiple plays. And there are five characters at the moment in The King’s Shadow who will also appear next year in The Queen’s Storm. The Queen’s Storm will mark the first time in the DC metropolitan region that full productions of the three parts of Henry the Sixth have been professionally staged.