Female, female-identifying, GNC, and Trans theater artists in the Washington, DC area will soon have a new opportunity for career mentorship. Statera Mentorship recognizes that women, gender non-conforming and transgender individuals face significant challenges in building a career as an artist. To support artists early in their career, the organization matches them with seasoned professionals for a six-month mentorship period during which the mentor can share their knowledge and experience and the mentee can learn in a safe and supportive environment. 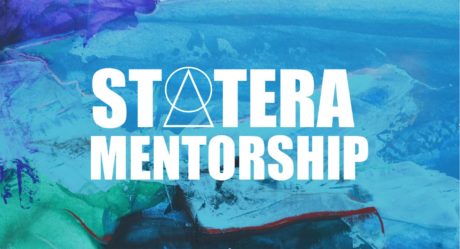 Applications to the program will be open from January 1 to February 1, 2020. The six-month mentorship period will run from March 1 to September 1. During that time, mentor and mentee are meant to spend at least two hours per month together. Participants also enjoy networking mixer opportunities and access to Statera’s national community and a wide range of resources. Statera Mentorship charges a $30 fee (to mentees only) which goes to pay the administrative cost of the program which is run entirely by volunteers. More details can be found here. Visit www.stateraarts.org/membership to apply.

The DC branch of StateraMentorship was founded by DC-based artists Shanara Gabrielle (she/her/hers) and Caitlin Caplinger (they/them). Gabrielle and Caplinger are eager to involve women at all levels of their careers, from recent graduates to seasoned professionals, in DC’s inaugural Statera class.

More about StateraArts:
Mentorship is at the core of StateraArts’ mission of creating pathways that bring women* into full and equal participation in the arts. The national launch of Statera Mentorship was announced in October 2018 at Statera’s International Conference in Milwaukee, WI. Since the announcement, regional chapters have exploded across the United States.

Melinda Pfundstein, Statera’s Executive Director, said, “Professional mentorship for women is a positive, proactive, and proven way to counter gender imbalance in the workplace. And we’re thrilled to share that Statera Mentorship now has a chapter in the DC area.”

Statera Mentorship is under the leadership of national co-directors Erika Haaland and Minita Gandhi. The D.C. Area Chapter was founded by Shanara Gabrielle and Caitlin Caplinger, who both serve as Regional Coordinators.

Lia Mortensen, a 30-year veteran actor in Chicago, went through the program in 2018. She says she was thrilled to be a mentor and give back to women in the business. “There was nothing like this when I was starting out,” said Mortensen. “Not only has it been an intensely rewarding experience to help my mentee in all areas of Chicago theatre, but I also discovered the wealth of knowledge I have attained over the years and the immense value of it.”

A NOTE ON INCLUSION AT STATERA
Intersectionality: StateraArts works through an intersectional lens for gender parity. We understand and acknowledge that systems of oppression and discrimination are interdependent and span all social categorizations such as race, class, gender, ability, religion, parental status, size, age, and sexual orientation as they apply to a given individual or group. Addressing one spoke of systematic discrimination or disadvantage means holistically addressing them all.