Roundabout Theatre Company’s profoundly affecting Broadway premiere of Charles Fuller’s 1981 Pulitzer Prize-winning drama A Soldier’s Play, now playing a limited engagement at American Airlines Theatre, is everything great theater should be: gripping, heartrending, enlightening, and impactful. Directed by Kenny Leon with expeditious pacing, growing tension, and devastating awareness, a superb cast brings psychological depth to the characters and insight into the catastrophic impact racism has on a society and the personal toll it takes on individuals.

Told through segments of direct-address narration and a series of re-enacted flashbacks, the play, set in 1944, recounts the harrowing investigation of the murder of a black sergeant in the segregated Army base of Fort Neal, Louisiana, during the Second World War. As the mystery unfolds, we see that, along with serving our country and supporting our European Allies in WWII, the unit of black soldiers is fighting another war on the home front, against the endemic racism of the old South, the US military, and its commanding officers.

During interrogations by Captain Davenport (the black officer assigned to take the lead on the case and opposed by the base’s own white Captain Taylor, with whom he’s been teamed), characters of both races discuss their interactions with the victim, reveal their backgrounds and attitudes, and manifest the bigotry they face or the hatred they inflict, in riveting portrayals that are fully committed, brimming with emotion, and filled with empathy.

We witness the camaraderie of the black soldiers in their barracks, joking, chatting, reminiscing about their winning baseball team, and joining together in calling out their numbers and marching to a military cadence, which then seamlessly morph into the shared African-American traditions that bond them, of stomping, tapping, and singing the blues. But we also observe the racially-motivated antipathy, disagreements, and incidents of physical and verbal altercations among the soldiers, white officers, and the dead sergeant (disturbingly realistic fight choreography by Thomas Schall) that make every one of them a suspect in his killing.

In a riveting tour-de-force performance, David Alan Grier embodies the contemptuous cruelty, self-loathing, and pathos of the murdered Sergeant Waters, damaged by white hatred to the point of internalizing the vicious racial prejudices and brutalizing his own black men. Providing the perfect counterpoint is the equally compelling Blair Underwood as Captain Davenport, a model of professionalism, dignity, self-confidence, and objectivity, determined to uncover the truth, then anguished when he does. And as Captain Taylor, Jerry O’Connell is vociferous in his concerns about Davenport handling the inquiry, yet supportive of allowing the black soldiers the free time they requested following a win on the baseball field (superseding the orders of Waters) and ultimately congratulating Davenport on his good work – his ambivalence perhaps indicative of the social changes to come. All three present complex three-dimensional characterizations, not cut-and-dried stereotypes of villains and heroes.

In keeping with the military setting, the scenic design (by Derek McLane), costumes (Dede Ayite), and lighting (Allen Lee Hughes) are mostly dark and monochromatic, broken only by the blood red stripes on the American flags under which the men fought.

Roundabout’s across-the-board award-worthy production of A Soldier’s Play leaves no doubt as to the importance of the theater and its power to make a difference. See it, feel it, and learn from it; this is one momentous show that should not be missed. 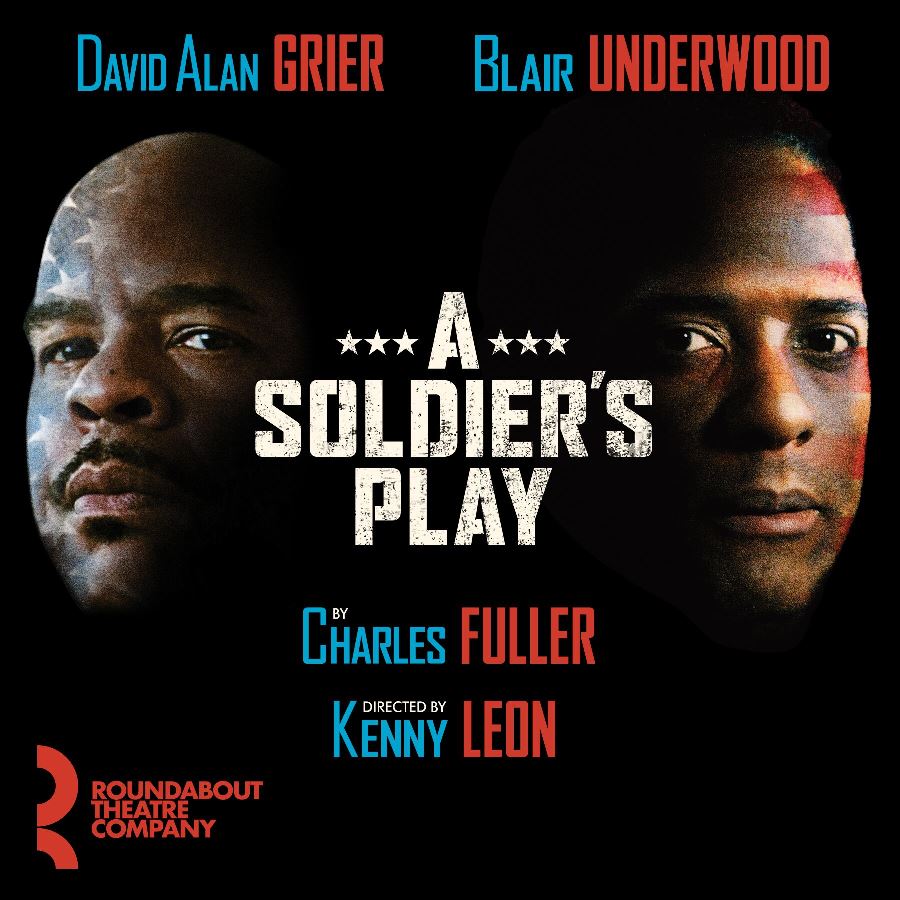