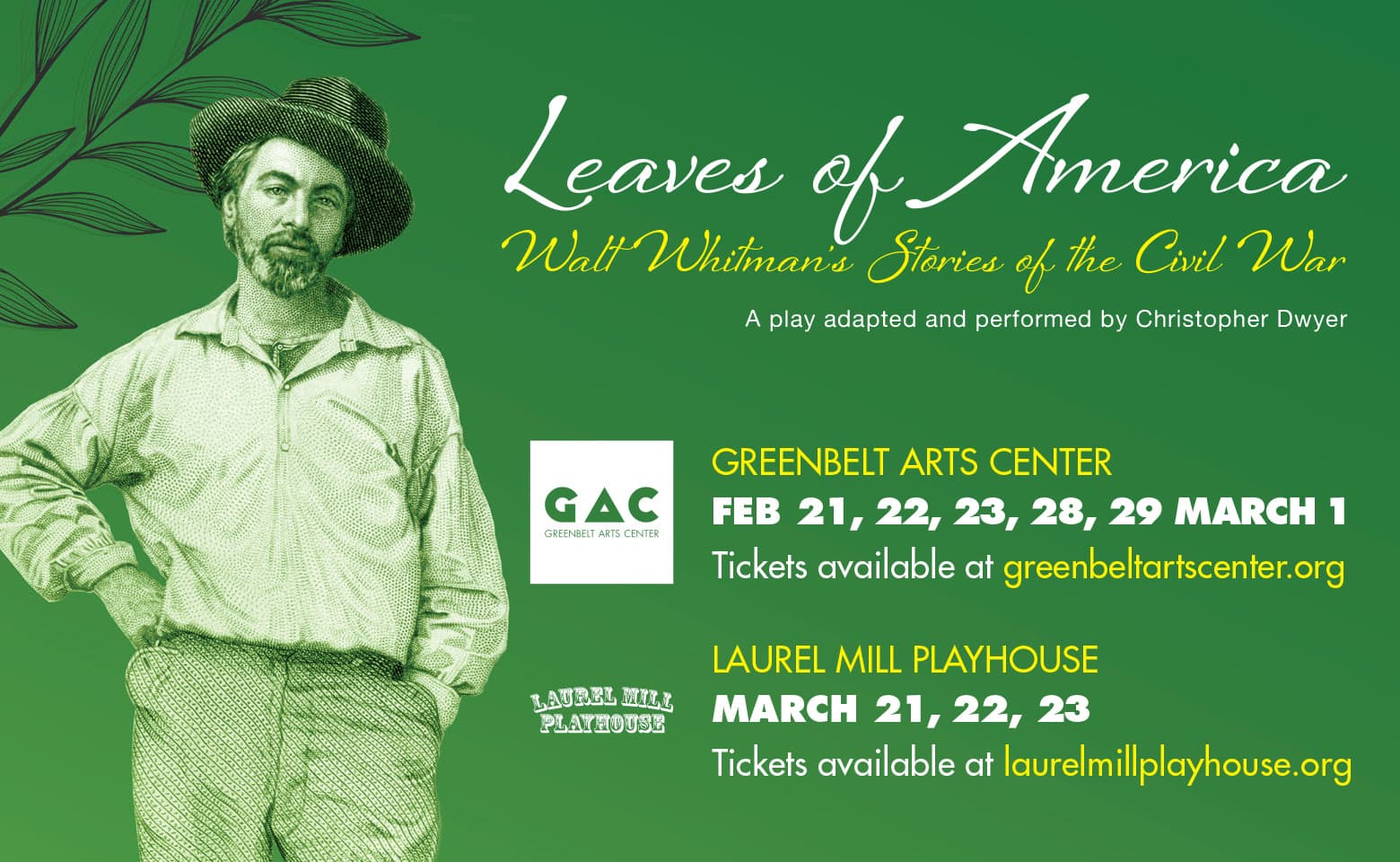 There is no explicit sexual imagery in this Leaves, unless mental images of mountains of discarded human limbs, gallons of blood and men on death’s doorstep excite one.

The set is simple. A black backdrop has a few trees painted on it. A tree in the middle is felled, creating a space for a screen that will provide visuals of headlines, camp scenes and individuals involved in the story. The set also includes a bench and two trees, one on each side, front left and right. The trees have benches.

Dwyer makes use of the entire set as he moves enthusiastically across the stage. Lights brighten and dim. This could merely represent day and night or something deeper, depending upon Whitman’ prose.

Dwyer transforms himself into a 39- to 41-year-old Unionist doing his patriotic part by spending time attempting to comfort the wounded and dying. Whitman is outraged that Confederates would attack Fort Sumter. His brother George enlists. George is wounded at Fredericksburg, bringing the older sibling to a makeshift field hospital near Falmouth, Va., where he finds George alive and well. But that is not all Whitman finds. This is Walt’s indoctrination into war.

One lesson from this play is things in America are not as bad as they once were. While the Eastern Shore may sometimes want to separate from the rest of Maryland, West Virginia welcomes malcontent Virginians to move and Major League Baseball lets the Astros cheat; we are not at war with one another.

A poet is not writing O Captain! My Captain! or When Lilacs Last in the Dooryard Bloom’d in elegy to a fallen president, like Whitman did.