Atlantic Theater Company’s American premiere of Anatomy of a Suicide by Alice Birch paints a painful and disturbing portrait of life-threatening depression across three generations of women in a single family. Presented in the format of a triptych, the female-centric stories of anxiety, despondency, and hopelessness are set in different decades of the recent past and future, from the 1970s to the 2030s. But they are enacted on stage simultaneously, to reveal significant counterpoints and parallels in the legacy, genetic propensity, and environmental factors that impact mental health and trigger self-destruction.

Lileana Blain-Cruz directs the complex side-by-side staging with cool objectivity, sharp clarity, and precise synchronicity, in scenes that are sometimes stilted, sometimes repetitive, and sometimes explosive, and with an outcome that always seems inescapable. Without resorting to sentimentality, she engenders concern for the trio of mothers and daughters by relaying a sense of the overwhelming internal struggles they face and are unable to control or to communicate to others, but that we readily observe in their unhealthy behavior.

The three central figures are brought to life in penetrating characterizations and perfectly timed overlapping performances by Carla Gugino as Carol (an elegant chain-smoking housewife of the 1970s-90s), Celeste Arias as her daughter Anna (a fast-talking heroin addict of the 1990s-2000s), and Gabby Beans as Anna’s daughter Bonnie (a physician living in the 2030s). All share a tragic bond that manifests itself in distinctive ways, but with the same dire outcome.

From Carol’s anxious self-imposed isolation and bouts of crying to Anna’s manic self-medicating with sex and drugs to Bonnie’s uncommunicative silence and unexpected outbursts, none of the women can, or wants to, explain her inner torment to others. Consequently, they all cut themselves off from loving relationships and the people who care about them, repeating the empty phrases “I’m sorry,” “Okay,” and “It’s fine” – in finely calibrated unison across the decades – when clearly it’s not.

A supporting cast of seven (Jason Babinsky, Ava Briglia, Julian Elijah Martinez, Vince Napo, Miriam Silverman, Richard Topol, and the outstanding Jo Mei) – most playing multiple roles – displays a range of reactions to the women’s unremitting affliction. In-laws and doctors offer unwanted criticism, unheeded advice, and ineffective treatment, and the expressed love and support of their husbands, partners, and fathers turn to exasperation and devastation. No one can truly understand their condition, nothing can avert the inevitable, and never throughout their drama, despite some brief touches of humor, are we led to believe otherwise.

The three inter-related narratives, with time-specific costumes by Kaye Voyce and props (a rotary land-line phone, vinyl albums, and a boom box) that identify the decades, take place in Mariana Sanchez’s wide, expansive, sparsely furnished set, in which the women seem lost, as they are in their unhappy lives. Rucyl Frison provides an unsettling soundscape and Jiyoun Chang’s lighting evokes a blue mood, the darkness of their depression, and the jolts of electro-shock therapy with which they are treated but not cured.

Though the theme of Atlantic Theater Company’s Anatomy of a Suicide is decidedly distressing, its inventive presentation of three concurrent stories offers some interesting observations on the psychology and predisposition to suicidal depression, with performances and direction that are masterful and illuminating. It’s a challenging production that’s hard to watch, but worth your (un)divided attention. 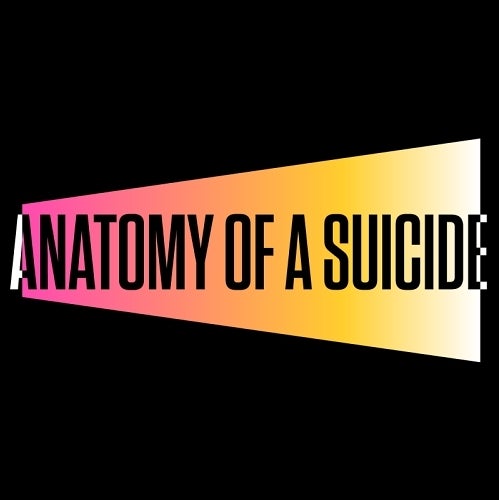