Dani Stoller’s world-premiere comedy Easy Women Smoking Loose Cigarettes is funny and witty and in its own quirky way quite deep. Plus it puts the screw in screwball.

Discovered in the SigWorks talent-incubator program at Signature Theatre—where it is now enjoying a sold-out run—Easy Women tells of a 34-year-old woman named Lee (Shanara Gabrielle) whose husband has kicked her out for infidelity and who comes home to her mother Marian (Susan Rome) for solace. Empty-nesters Marian and her second husband Richard (John Leslie Wolfe) already have a full house. They’ve taken in two teens: Richard’s pregnant niece Kitty (Jordan Slattery) and a troubled boy from next door named Bobby (John Austin).

For the full story, read Amy Kotkin’s review, “All under one roof in Signature Theatre’s ‘Easy Women Smoking Loose Cigarettes’”

I knew as soon as I saw the play that I wanted to talk with the playwright, whose distinctive comic voice had cracked me up and whose take on sex had aroused my curiosity.

John: Congratulations on the sold-out run.

Dani: Oh my God. Can you imagine? It’s amazing, isn’t it?

How does it feel to have a hit right out of the gate?

It’s wonderful and scary. With this many people coming, I don’t know how many really know what the show is about. You can put in content warnings up the wazoo but people can get affected in a way they didn’t expect. What’s exciting is that people were willing to take the chance to say yes to something that they didn’t really know about.

Your bio in the program is all about your acting. When did the playwriting bug bite?

I’ve always loved to write. My mother always said, No matter what you do, I just hope you never stop writing. It was like an escape. When I moved here I kept getting work as an actor, so I was writing just for myself.

How does your acting background influence your playwriting?

I just want to write things that I would want to do if I were acting in it. As an actor, you’re constantly auditioning or performing in other people’s work and you kind of learn what you like, what you enjoy, what makes something hackneyed, what can be a cheesy—

Are you aware of what makes it actable?

People have said to me that the words in Easy Women seem chosen very particularly—and that’s very true.  I wanted it to sound like comic music. All the words are there for a reason. I didn’t want anything superfluous.

There are some really interesting themes in the play that are hilariously expressed but seem to come from a personal and meaningful place—like the fact that, as you’ve described yourself, you are “a body love warrior.”

And you work as a certified health and wellness coach.

The theme of women’s body issues runs throughout the play, particularly in the character of Marian, the mother [Susan Rome].

Oh yeah. I wanted to write something about a woman who was an adult and still grappling with these issues but who also wasn’t frigid or anti-sex.  She and Richard, her husband [Jordan Leslie Wolfe], have very intimate moments. So it’s not about the whore/Madonna thing. It’s about being confused about this new version of life.

It seemed you’d taken stuff you take very seriously and turned it into a kind of comedy that’s not only relatable but also cathartic.

The play started when a friend and I were talking about affairs, and I was like, What happens when maternal love is stretched to the limit? That’s how Susan, who plays Marian, describes the play, and I think that’s pretty much perfect. Originally it was a reconciliation story between a husband and a wife. It ended up as a love story between a mother and a daughter, which to me was exciting and unexpected.

That mother-daughter relationship between Marian and Lee [Shanara Gabrielle] is really the heart of the play.

I think so too.

We see it play out in ways that at times are laugh-out-loud funny and at times touching and moving. How much of your own experience as a daughter is in the play, and what has it meant to you make a play about it?

The character of Marian is a very theatricalized version of my mother. Parts of the story are very true in terms of things that my mother has said to me and conversations we’ve had. That was the most exciting and scary thing—putting this on the page, getting to write this stuff with my mother in mind, and being able to pay homage to her. She recently saw the play for the first time and she loved it. Afterward, when she met Susan, my mom said, “Oh, it’s so nice to meet me.”

I’ve loved hearing women talk about how this play made them want to call their moms—or they saw themselves or their daughters or their mothers in it. Not that I’m not happy to get compliments from men, but I really did write it for mothers and daughters. It warms my heart in a weird way when people feel calmed by seeing themselves in a family that is extremely dysfunctional.

You also describe yourself as “sex-positive” and “a writer of complicated women”—and again there’s much in the play thematically related to that, expressed especially through the character of the daughter Lee.

Yeah, Lee is a sex-positive person, and the show in my mind is not demonizing sex. She’s realizing that it’s not the sex that is the issue. So many other things go into that intimacy or lack of intimacy. And I didn’t want to write a play where sex is wrong or she’s bad for doing it. It’s more a realization of what is the need behind the need.

A lot about the character of Lee and choices she makes struck me as being a fascinating and original portrayal of the female protagonist. Not to give too much away, but her sexual agency ranks right up there with a horndog man’s.

By her own account, she’s insatiable. But unlike such a libertine male protagonist, Lee turns out to have an acute conscience and keen self-awareness about her actions.

She’s got that point where she realizes the consequences of her acts, and we watch her learn that in front of us, and it’s kind of exemplary. In the #MeToo era, I’ve seen no man own his sexual behavior as we see Lee do—not in life and not on stage.

For me Lee’s realization is not that sex is bad. It’s a realization for her about what has been missing and what she’s been doing as a way to fill the void and how that way of filling the void has led to way more complications that she doesn’t actually want. It’s been leading her away from what she wants.

That scene at the end of the first act just blew me away. It’s between Lee, who’s 34, and the 18-year-old Bobby [John Austin] from next door. We might be getting into spoiler territory here, but I think you’ve done something there that’s really significant in the history of sexual politics on stage.

Well, it wasn’t originally in the script. Joe Calarco, who directed two workshops of the play, was like, Hey, man, if we’re going to talk about Lee’s sexual proclivity, we have to see it in action; we got to go there. And I was like, Really? ’Cause to me that allowance was kind of shocking, to be given that opportunity. But I was like, Okay, cool. So I went home and I wrote the scene.

What was your concept for it?

My goal was to showcase what happens in a way that there are multiple expressions of consent, because consent should be continual and it should be enthusiastic. There is a significant age difference and power-dynamic difference between Lee and Bobby. However, he does speak in the affirmative and do certain movements in the affirmative three times, which are written into the script. The blocking was written in too. This scene is specific and the scene is a big part of telling the story and it is leading into a huge Act One finale and we need to be able to see Lee as redeemable.

It’s really essential to the story.

There’s a point in the performance when it crosses your mind, Oh my gosh, this is thisclose to sexual assault. And yet the scene is so carefully calibrated and the consent you mentioned is very clear.

Like him looking away and her deciding to stop touching him and then him taking her hand and being like, That’s cool. There are some people who probably won’t like the humorous spin on it, but I think the humor gives the audience room to breathe. It’s intense and jarring, because how can this be funny and scary and maybe in some people’s mind an assault? And then it goes into this huge battle between the mom and the daughter, which I love watching other people watch because it’s like, Am I allowed to laugh? This is funny, but I’m so uncomfortable. That’s really what I wanted to capture. Messiness is fucking funny to me.

My last question is about writing complicated women protagonists at this moment in time. We’re used to a history of dramatic literature in which mainly men have scripted such roles.

But today female and female-identified playwrights are going their own new way. How do you see yourself and your work in that revolution?

Oh man, that’s the goal as I keep writing. I want to create space for women who are messy, for women who make mistakes, for women who are in the gray area. You know, there’s an idea of like, This is a good woman, this is a bad woman, and all the things that go along with it. And I was like, We can be multifaceted and not be defined by one particular thing. In Lee’s case, the topic of the show is infidelity, but we can’t let that be the defining thing. And we can’t have people see her through their own lens based on that thing. The only way that people can grow and change and be better is if we leave the judgment at the door. So my goal is to keep writing parts that women want to play—not just because they need the health weeks and want a job but because they actually want to play these parts that have some teeth and make them question themselves. In the rehearsal room there were moments of the actors being like, I can’t tell if this is me not thinking that this part makes sense or me fighting against a part of the show that makes me scared. I think that the best things come out of things you do that terrify you. And I have a pretty fearless group of actors in there led by Susan and Shanara. I couldn’t be fucking luckier. They’re tanks. They’re amazing. 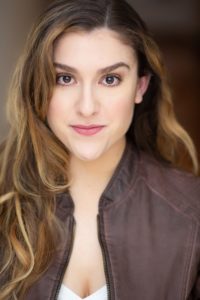 Running Time: One hour 50 minutes, including one intermission.