The suspension of all public events during this time of quarantine has brought a halt to the live in-person celebrations of theater awards nominations, honors, and presentations. But many established organizations continue the long-time tradition of recognizing excellence in New York theater in the curtailed 2019-20 season, which ended on March 11, with digital announcements and programs.

New Dramatists – one of the nation’s premiere playwright centers and development laboratories (founded in 1949) and the recipient of a 2001 Tony Honor – has cancelled its 71st Annual Spring Luncheon due to the COVID-19 emergency. The event, which was originally scheduled for Thursday, May 21, at the New York Marriott Marquis, was to honor Tony Award winners Tony Kushner and Jeanine Tesori with its 2020 Distinguished Achievement Award. Though the opportunity to come together in celebration of Kushner, Tesori, the 2019-20 season, and New Dramatists’ illustrious company of current and alumni playwrights will be missed, the team of New Dramatists recognizes the need to prioritize the health and safety of the community. 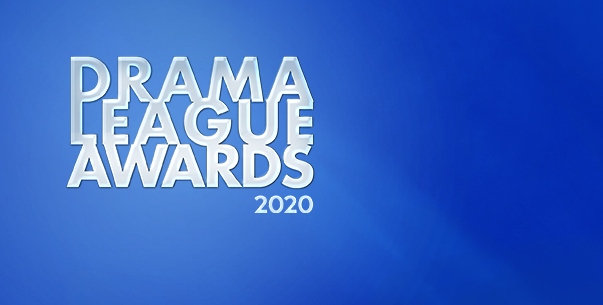 In advance of its 86th annual ceremony, The Drama League – dedicated to providing an artistic home, resources, dialogues, and opportunities for stage directors – is presenting a once-only pre-recorded digital fundraiser on Thursday, April 30, at 7:30 pm. During the program, Beetlejuice stars Alex Brightman and Leslie Rodriguez Kritzer will announce the 2019-20 nominees for The Drama League Awards, which have been honoring outstanding achievements, both on and off Broadway, since 1935.

This year’s new online event, described as “a large-scale kindness project,” was specifically designed during the current coronavirus pandemic to recognize the extraordinary acts of generosity and goodwill in the theater community with The Gratitude Awards Spring 2020. The nominations were released this morning on Vimeo by an all-star roster of ten appreciative Friends of The Drama League (Nathan Lane, Megan Hilty, Condola Rashad, Marianne Elliott, Kristin Chenoweth, Adrienne Warren, Aaron Tveit, Kelli O’Hara, Elizabeth Stanley, and Idina Menzel), half of whom selected their dressers to receive the honor. Tune in to the online special on April 30, on The Drama League’s YouTube and Facebook pages.