Two recently released music videos by New York favorites The Boy Band Project and Baba Brinkman, both masterfully produced while at home in quarantine, deal in their own unique styles with the impact the coronavirus pandemic has had on us individually and collectively. From the heartfelt amorous yearning for an absent loved one during this unexpected time of extended separation to the explosive socio-political outrage over the urgent need to respect scientific findings and protocol, each of the new works expresses the emotions that the artists, and many of us, have experienced over the past several months of the worldwide health crisis. 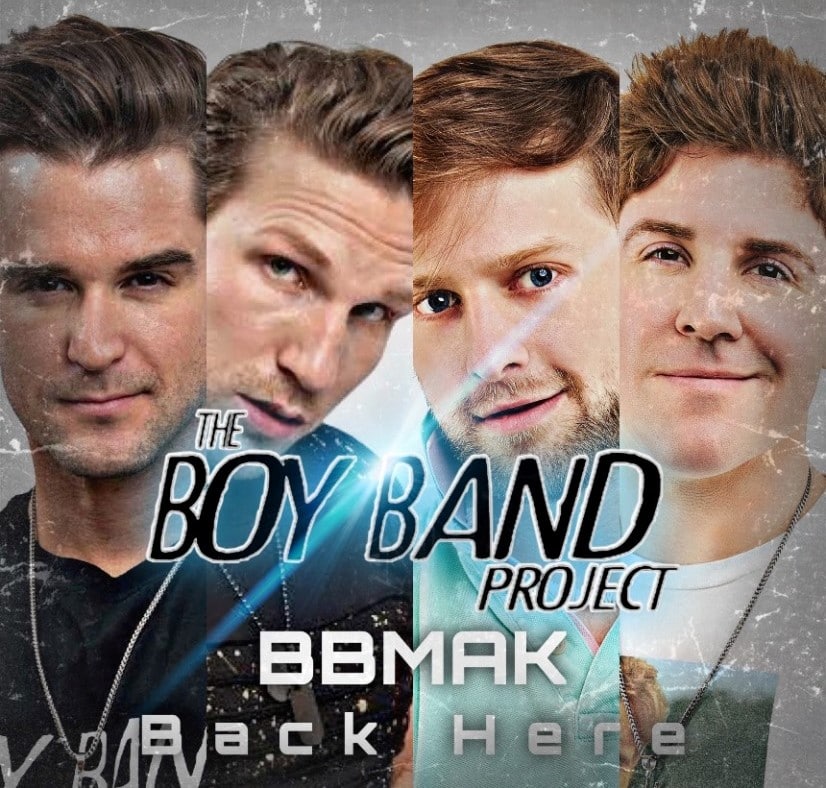 The Boy Band Project is “Back Here” spreading the love, heating up the screen, and nailing the harmonies on their brand-new cover of the 1999 premiere hit of the British pop group BBMak (comprised of Mark Barry, Christian Burns, and Stephen McNally). The sizzling-hot video just made its debut on Sunday, in the 2 pm streaming of the Boy Band Brunch – a weekly digital get-down of taped performances and live audience interactions with rotating members of The BBP. Featuring the smooth vocals and seductive moves of Bentley Black (The Sporty One), Jesse Corbin (The Bad Boy), Jesse “JJ” Johnson (The Sensitive One), and the group’s founder and producer Travis Nesbitt (The Boy Next Door), along with appearances by Natalie Gallo and Chris Messina, the song’s theme of romantic longing and missing the one you love is the perfect selection for this period of self-isolation and social distancing.

At its conclusion, the video (edited by Nathan Chang with Halleloo Productions) also includes personal messages of encouragement from ‘The Boys’ to help their fans get through these trying times, and contact information for those in need of professional counseling. According to Travis, “We were first going to do a cover of the Backstreet Boys’ ‘Show Me the Meaning of Being Lonely,’ but we felt that the lyrics were too dark. JJ had the idea to record ‘Back Here’ because it has a message of hope – something we feel the world needs right now.” The song (produced by Richard James with Rimatch Music) is available on all digital music platforms; you can also “get down” with it here:

Science rapper Baba Brinkman – a recurrent favorite at the SoHo Playhouse with his award-winning Rap Guide series – combines the latest developments in the complex scientific and academic research on COVID-19 with a direct and powerful street-smart message to “Stay Home” in his original rap music video, made over the course of several weeks in March and April. Brinkman first wrote the lyrics (inspired by hospital references and musical structures from songs by The Notorious BIG), then sent them for peer review, feedback, and approval to the evolutionary biologist and epidemiologist Carl T. Bergstrom, after drawing on his @CT_Bergstrom Twitter feed for scientific sourcing. 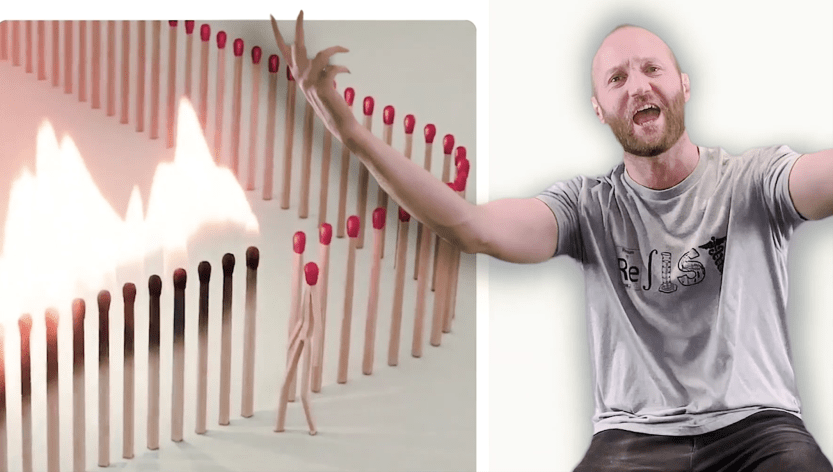 He also worked remotely with long-time collaborator Mr. Simmonds, who produced and mastered the sound track, built around a lead sample of a classical melody (played on a balcony in Florence by Italian music teachers Claudia Bucchini and Andrea Zucco for their quarantined neighbors, and videotaped by Maria Ninci), with additional bass by Mark Fitzpatrick (aka @blackbellied, a musician and Professor of Evolution and Genetics at the University of Toronto, who provided additional scientific input on the song and video). The final video, edited by Anna C. Gilmore, contains another 50 cameo clips of a chorus of scientists, musicians, and comedians, along with footage of news coverage and responses to the pandemic.

For Baba, “It’s incredibly frustrating how badly the federal government has botched the response, and how little power we have to course correct. I was a bit concerned that it would take me so long to produce the song that the threat would pass by the time it came out, but the premature re-openings in many states and the sad politicization of mask-wearing and other public health measures make it more relevant than ever. At the end of the day, COVID-19 makes it starkly clear why science and data and evidence-paced policies are so important – and not just in the abstract. Tens of thousands of American lives have been lost due to ‘go with your gut’ unscientific hunch-following on the part of the president and his followers, so I hope the song helps people a bit in terms of how to think about what’s happening.” Watch it now and hear his message:

Broadway reopens tonight with ‘Pass Over’ at the August Wilson Theatre