In a livestream announcement this morning on Crowdcast.com by the Off Broadway Alliance (OBA), President Peter Breger introduced Charles Busch and Julie Halston (both recipients of the organization’s first Legend of Off Broadway Award in 2011) to name the winners of its 10th annual awards for the best in commercial and non-profit Off-Broadway shows and achievements. The awards were presented in seven competitive categories, along with honorary recognitions in three areas.

The 2020 Off Broadway Alliance Awards winners and honorees are:

Best Play Revival: The Woman in Black, adapted by Stephen Mallatratt, from the novel by Susan Hill, presented by the McKittrick Hotel;

Legends of Off Broadway: Gretchen Cryer (playwright, lyricist, and actress, best known for co-writing and appearing in I’m Getting My Act Together and Taking It on the Road); Woodie King, Jr. (Off-Broadway producer and director, and founding director of the New Federal Theatre); Eric Krebs (Off-Broadway producer, and founder and director of Off-Broadway’s John Houseman Theater Center and Douglas Fairbanks Theater); and Barbara Zinn Krieger (founder of New York City Children’s Theater and executive director and founder of Vineyard Theatre);

Off Broadway Hall of Fame Inductees (posthumously honoring a lifetime of extraordinary contributions to Off Broadway): Mark Blum (actor, with an Off Broadway career in 26 productions spanning over five decades); Wynn Handman (Off Broadway director and teacher, and co-founder and artistic director of The American Place Theatre); and Julia Miles (founder of the trailblazing Women’s Project Theater);

Friend of Off Broadway: The Drama Book Shop (a purveyor of theater-related materials, founded in 1917, and a continuing and dedicated supporter of Off Broadway). 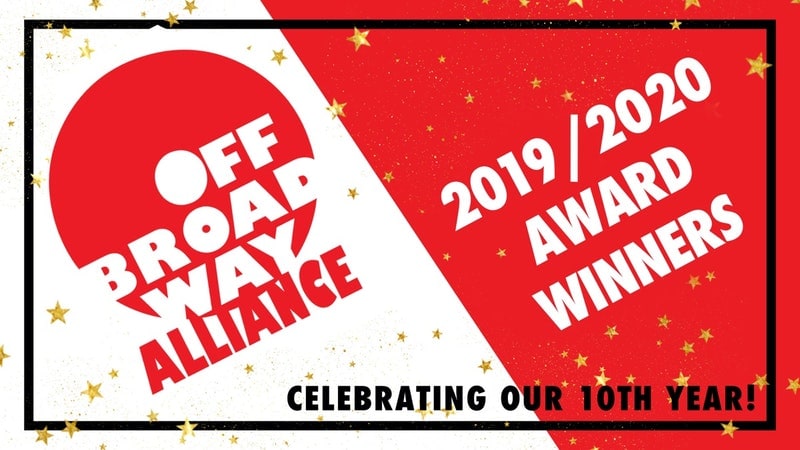 Thanks to OBA for its tenth year of recognizing excellence in Off-Broadway theater, and congratulations to all of the 2020 winners and honorees.